By the turn of the 21st century, The White Stripes had two respected and relatively popular albums under their belt: 1999’s The White Stripes and 2000’s De Stijl. Recorded at Jack White’s home studio, the collections did a fine job establishing the pair’s blues/garage rock revivalist formula, steadfast DIY outlook, and signature visual aesthetic of red, white, and black color combinations. Yet, they were only just starting to gain major industry and mainstream attention as they toured De Stijl, so it was clear that if they played their cards right, their next record would finally catapult them into being international superstars.

Luckily, that’s exactly what White Blood Cells did. Released on July 3rd, 2001, the LP (their last on indie label Sympathy for the Record Industry) found them further refining — and somewhat rewriting — their style amidst tackling more personal and profound topics like romance, disloyalty, paranoia, and the pros and cons of one’s skyrocketing popularity in such a short time.

With the help of its 2002 major label re-release on V2 Records, the album exponentially heightened both their artistic acumen and their critical and commercial profiles, and more or less made them a household name in rock. True, 2003 successor Elephant still reigns as The White Stripes’ most beloved studio outing, but it never would’ve become such a behemoth if White Blood Cells didn’t pave the way first.

Understandably, the newly-divorced duo had mixed feelings on how big they were getting during the second half of 2000 (including enthusiastic write-ups in magazines like Rolling Stone and Mojo). Naturally, they were delighted to sell more music and concert tickets, and their much-discussed gimmick — presenting themselves as siblings — worked wonders for their mystique in the media; however, they were wary of losing their identity in the process.

First, they chose to stay with Sympathy, despite heftier companies wanting to put out White Blood Cells. “We could do whatever we wanted as opposed to having the limitations of a bigger label,” Meg White told Metro Times journalist Melissa Giannini in May 2001. (Of course, they moved to V2 Records for Elephant after striking an irrefutable compromise between industry affluence and creative autonomy.)

The group also questioned both the genuineness and longevity of their newfound fame, presuming that some of the press were covering them not because they honestly liked them, but because they wanted to latch onto another rock outfit’s rising star. That justifiable cynicism (coupled with them feeling somewhat uncomfortable with their swift success) influenced the title, prominent theme, and cover of White Blood Cells.

As Jack White told Giannini, “The name…is this idea of bacteria coming at us, or just foreign things coming at us, or media, or attention on the band…Is the attention good or bad?” In a summer 2002 interview with Smashing Transistors, he elaborated, “Or maybe it means white blood ‘sells’ and the bacteria are media and music lovers.”

Stylistically, White Blood Cells’ most defining and distinguishing feature is how it swaps out dominant blues rock attributes in favor of more minimalistic and visceral garage/country rock flavors. Never ones to be pigeonholed into any classification or expectation, the pair wanted to push themselves to answer the question of, as Jack White put it, “What can we do if we completely ignore what we love the most?”

Thus, they ruled out including blues staples like “guitar solos” and “slide guitar.” They also wanted to focus on “songwriting”-type songs that they’d written on piano and had on the back burner for years, such as “I Can’t Wait,” “Offend in Every Way,” and “The Union Forever.”

Beyond seeing them expand and experiment thematically and musically, the LP, which was the first White Stripes album of all original material, found the twosome venturing into more professional production. Specifically, they decided to use a proper studio (Easley-McCain Recording in Memphis, Tennessee), abandon their prior 8-track analog tape machine for a 24-track set-up, and enlist renowned engineer Stuart Sikes to bring it to life.

That said, they wanted to retain their trademark unrefined authenticity; in fact, Jack White instructed Sikes to “not…make it sound too good.” Sikes expounded to the Detroit Free Press in 2019: “Basically, he wanted it as raw as possible, but better than if it was recorded in somebody’s living room.”

To further guarantee the grittiness, they worked at an astoundingly brisk pace: “We tried to keep it as unorganized as possible, [so] we rehearsed for a week and then…recorded for three days. We tried to rush this as much as possible to make [the sound] really tense. And it seemed to work,” Jack White noted.

It did. White Blood Cells was immensely triumphant. Whereas De Stijl peaked at No. 38 on the Billboard Independent Albums chart and at No. 137 on the UK Albums chart, White Blood Cells finally brought The White Stripes to the Billboard 200 (at No. 61), while also climbing to No. 55 in the UK (no doubt due in part to the ringing endorsements of BBC radio icon John Peel). It hit in Australia, Ireland, Norway, and Sweden, too.

As for critical reviews, it garnered monumental acclaim from virtually every prominent publication; for instance, PopMatters awarded it a perfect score, concluding: “This fine, fine album (quite possibly the finest of year) signals that the White Stripes have arrived.” Consequence has since ranked it as the second-best Jack White record, as well as No. 7 in a list of the top 100 albums of the 2000s.

Moreover, the record resulted in The White Stripes’ first network TV appearance (a mid-July 2001 performance on The Late Late Show With Craig Kilborn) and their first proper music video (Michel Gondry’s award-winning Lego video for “Fell in Love with a Girl”).

Two decades on, every one of the album’s sixteen tracks offers something noteworthy. “Dead Leaves and the Dirty Ground,” “I Can’t Wait,” and “Expecting” soar with the accessible lyricism and melodic raucousness of classic proto-punk acts like Television, Alice Cooper, The Stooges, MC5, and even The Kinks and David Bowie.

In contrast, “Hotel Yorba” — their first commercially-released single — is playfully countrified and no less catchy; the Citizen Kane-inspired narrative epic “The Union Forever” glides along with a sort of flamenco grip; “We’re Going to Be Friends” (which became a book in 2017) oozes childlike optimism and folksy warmth; and closer “This Protector” takes things into a starkly profound piano-driven direction.

On White Blood Cells, there’s an adventurous but wholly coherent trajectory that paid off; its accolades allowed the duo to continue following their varied muses afterward. It was clearly the point at which The White Stripes went from up-and-coming indie darling to bona fide mainstream titan, cementing their often-touted place as progenitors of the “garage-rock revival of the late ‘90s and early 2000s.”

Yes, they’d peak (in every way) with Elephant roughly two years later, but that impetus surely began with White Blood Cells. The rest is well-trod history: Get Behind Me Satan (2005) and Icky Thump (2007) rounded out The White Stripes’ creative and commercial supremacy until their official disbandment in 2011.

Initially, the pair stated that they mostly wanted to end things “to preserve what is beautiful and special about the band,” but Jack White later admitted that Meg’s indifference to their music was also a factor: “Some people can live their whole lives in limbo, I’d rather cut the lifeline so we can move on with our lives…There came a point where I said, ‘If we’re not doing this, we need to put an end to it right now.’ And that’s what she wanted to do.”

Jack has since stayed busy with The Raconteurs, The Dead Weather and his solo project, while Meg has completely stepped away from music and fame to opt for a private life. It’s a bittersweet end to a singular legacy, for sure, but one that makes their catalog that much more extraordinary and laudable in retrospect.

White Blood Cells is among their most cherished and timeless entries in that respect; twenty years later, it’s just as stimulating and superb. 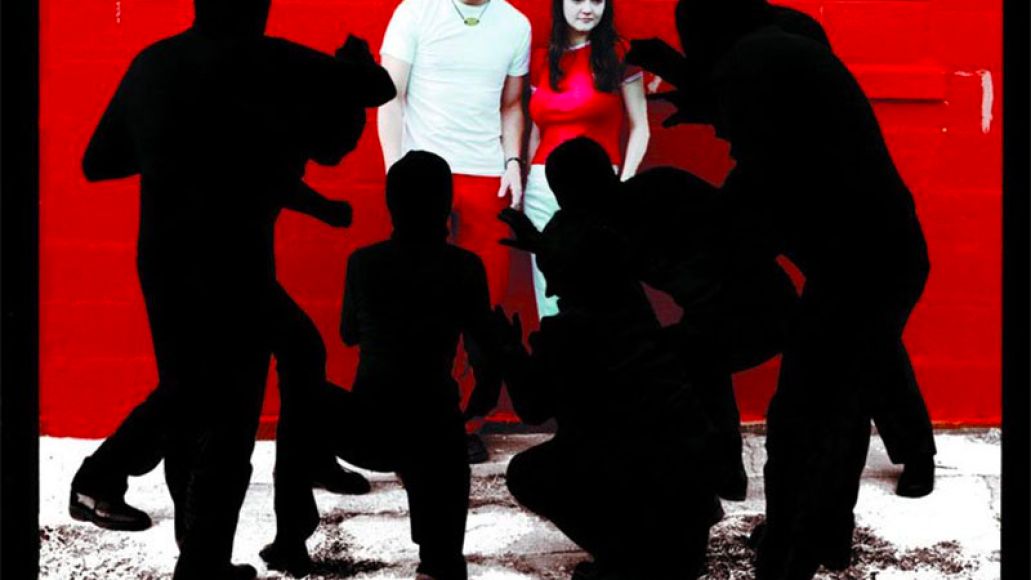 Portugal. The Man on the Impact of Nirvana's Nevermind: It "Literally Made Me Pick Up a Guitar"