Titus Andronicus are celebrating the 10th anniversary of The Monitor by hitting the road for a North American tour. The indie rockers will perform the 2010 breakthrough album in full on the 15-city trek, which kicks off this November.

The celebration of the milestone anniversary was originally scheduled for 2020, but was cancelled due to the global coronavirus pandemic.”As the 10th anniversary came and went, I considered scrapping the whole thing,” frontman Patrick Stickles said in a statement. “But my audience has helped me so much to endure during this difficult time, and knowing  how much they themselves have had to endure, I couldn’t ignore or deny that they deserve a little treat. After so many years of doing whatever I want, for once, I’m going to give the people what they want.”

To add to the moment, Titus Andronicus are also releasing a 10th anniversary reissue of The Monitor on vinyl. The special LP will include the originally intended transitions between tracks as well as a limited number of pressings featuring the out-of-print embossed cover. A separate color variant of the album will also be available later this summer via Vinyl Me Please. Pre-orders of the vinyl LP are ongoing, and tickets for the tour can be purchased through Ticketmaster. Once they’re sold out, you can buy them here.

In March, longtime Titus Andronicus keyboardist Matt “Money” Miller, who played on many of the band’s albums (including The Monitor), passed away at the age of 34. Last December, the rock outfit also contributed their rendition of Indigo Girls’ “Closer To Fine” to Merge Records’ covers album Going to Georgia to support the Georgia Senate runoffs. 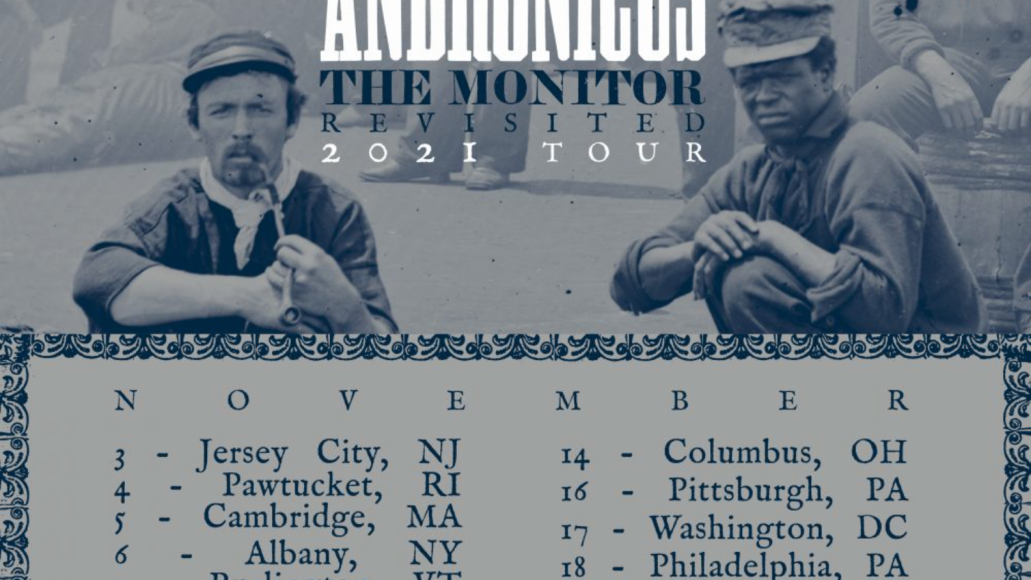