The Baltimore band showcases its wide range of musical styles over the four songs, with the hardcore tracks “HOLIDAY” and “T.L.C.” bookending the EP, and the dreamy “NO SURPRISE” and infectious sing-along anthem “MYSTERY” making up the middle of the release.

Meanwhile, the short film, soundtracked by the EP’s four songs, offers a very cool glimpse into a day in the life of the members of TURNSTILE and their friends, seamlessly shifting back and forth from performance to narrative throughout its near 10-minute duration.

The band will play headlining shows on August 28th in Garden Grove, CA; August 29th in Ventura, CA; August 30th in Santa Cruz, CA; and September 2nd in Austin, TX. After that, they’ll perform at Firefly Music Festival in Dover, DE, on September 23rd; Louder Than Life in Louisville, KY, on September 24th; and Knotfest Iowa on September 25th. Tickets are available via Ticketmaster or StubHub (for shows that have sold out).

Check out the TURNSTILE LOVE CONNECTION short film and the full EP below, followed by the artwork and tracklist. Download the EP here. 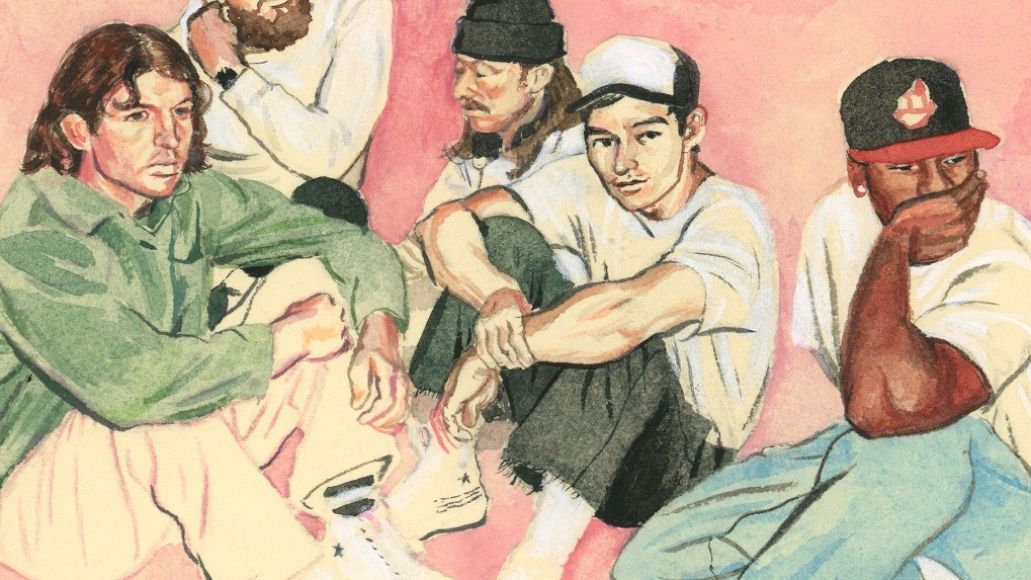