Movies occasionally find their inspiration in the oddest places, and fewer places on Earth are odder than Twitter. Anybody who’s spent time on Jack Dorsey’s IV drip of lies, anxiety, and outrage understands the depth of its awfulness, recognizes the crass joke of using “social media” in reference to a platform that’s seemingly designed to corrode the soul, and most of all, that nothing said on Twitter should be trusted or taken seriously without judicious fact-checking.

And so along comes Zola, a film sourced from Twitter’s threaded cacophony, directed by Janicza Bravo. Despite the dreaded platform that serves as the backdrop to Zola’s origin story, it’s actually good. In fact, it’s great.

If you sat through Bravo’s last feature, Lemon, without blanching, this is probably less of a surprise and more of a question mark: How did she do that? Granted, directors have been making desktop movies — such as Host, both Unfriended pictures, Open Windows, and Searching — for years at this point, so taking the leap into the desktop and turning prime Twitter beef into a coherent narrative isn’t that bizarre.

Our screens are, after all, where Twitter happens. But the material that fuels Twitter happens in the real world first, so what Bravo has done in configuring the story of Aziah “Zola” Wells as cinema is dip her toes into the great big ecosystem where online and offline life converge.

Bravo sees the work of making Zola’s misadventures into cinema as a higher commitment than just art. For her, the movie required her to play the part of Zola’s advocate: Bravo made this movie, in a sense, on Zola’s behalf, and involved her in the creative process rather than shut the door in her face.

Given what happens in the Tweet thread, and in the film, as Zola (portrayed by Taylour Paige) finds herself in a weird situation, then an uncomfortable situation, then a flat-out dangerous situation on a pole dancing road trip, Bravo’s decision to act as the young woman’s guardian is not merely righteous, but necessary.

Zola also bears the mark of Bravo’s aesthetic as a comic filmlemaker who finds laughs in abiding awkwardness. (Toilet humor has its purpose, too.)

Ahead of Zola’s theatrical release on June 30, Consequence talked with Bravo about the collision between real life and social media, her style of cringe comedy and theater-influenced filmmaking, and what the future looks like if more filmmakers turn to Twitter for ideas.

Let’s talk about turning a Tweet thread into a movie — is that the way of the future? Are filmmakers and storytellers going to pore over Twitter to find amazing stories like these and then make them into cinema, against all odds?

I don’t know. I mean, I hope that this Twitter thread became a movie perhaps is an indication that there is more to be mined in the world outside of the source material we continue to go back to.

Twitter is made up of people telling human stories, so is it then a logical thing to assume that there are stories worth telling?

I mean, it would be amazing if that were the case. I think there’s something wonderful about there being a shortcut to getting your story in front of an audience, and so if there is a storyteller out there, or if there’s someone who’s got a great story to tell, I think absolutely.

What I do hope though, if it does happen, and I have a feeling there’s at least one more in the world that there’s an option or a possibility that this could happen, I hope that our film is an example of how that person ought to be credited, right? They should be included in the process, because I think sometimes, if you’re not in this business, there’s room to be taken advantage of.

So for you, was this much about telling a story as it was about taking care of Zola and safeguarding her?

Absolutely. I felt that both had to happen, right? I knew that if I was going to go on this road, one aspect of my job would be not only protecting the narrative, but protecting the woman that told the story, and that goes hand in hand.

I’d actually just been having this conversation today with my co-writer Jeremy O. Harris and Riley Keough; we were talking about the responsibility of bringing a real person into the mix. If you’re street casting an actor, is it then your responsibility to guide them and take care of them in this business? And we weren’t sure. And then how long does the responsibility go on for? I don’t have the answer to that, and I’m sure it’s different person to person, but I knew that that was going to be one of my jobs.

I feel like storytellers owe something to real people when they tell their stories. That’s not uncommon, but with social media, there’s a different level, because that’s their feed that the stories are being taken from. So does that increase the amount of responsibility?

I feel like that goes doubly for a movie like Zola, where the subject matter itself is very unsafe, and about the person being in an extremely unsafe situation. That just adds to the duty on your end to watch out for her. That has to become trickier the more that you get into what the story is.

Actually, you’re right. If I’m not taking care of her, I’m basically doing what the story does to her. I’m basically doing some version of what happened, where I am seducing her into this world where I’m just trying to get the shit that I need, and then I’m dropping her in some way. So I think that the proper thing is to usher through the whole process, right? From seed to sell.

It’s not like you can ethically just say, “Here’s your story, I’m making it into a movie, bye bye.”

“Best of luck to you, girl!” [Laughs] It would be so dark for me to replicate some version of that, too.

And then she would just fire off another 148-long Tweet thread about you.

About how I was the bitch she fell out with, correct.

And then someone would make a movie about that. And it would just go on forever.

And she would be right to do it! 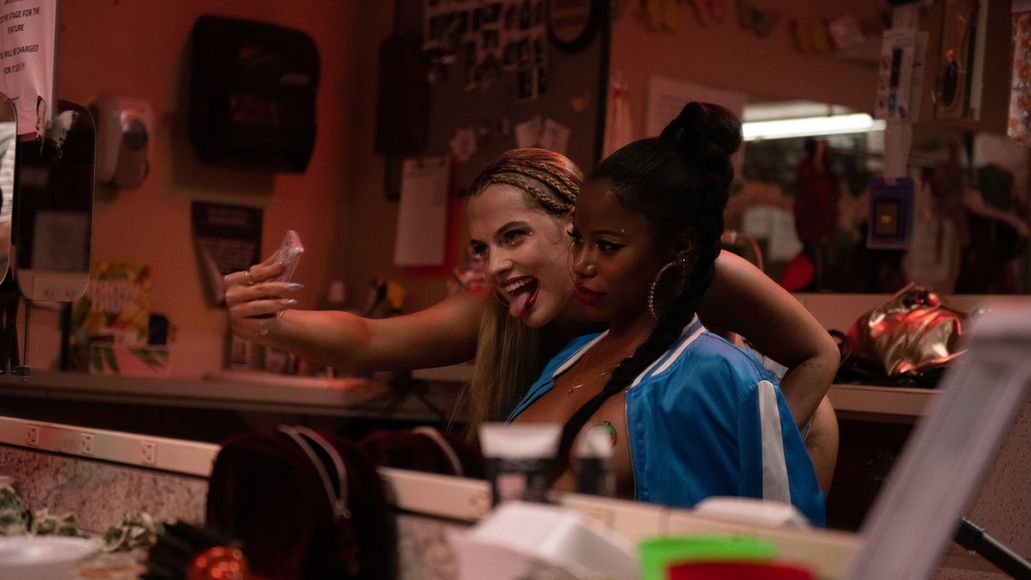 Fortunately she doesn’t have to, because she had you looking out for her. That’s the moral challenge of the movie. The artistic challenge is actually turning the language of social media into cinema, which feels like its own layer of hell. How do you take this story and make it into a movie?

You know, I am fortunate enough to not be a person on Twitter, so I don’t have a full sense of its rhythm. I’ve dipped a toe in, and just found that it just wasn’t for me. My ex-husband had been very vocal on Twitter many, many ago, and he had referred to it then as “the new Klan rally.” I just said, “I don’t think I’m ‘bout it, not for me.” So I’m on the sidelines.

Twitter threads are not a straightforward narrative — people interrupt. They come in with their own asides. The thread gets hijacked. So it was also your job to bring those threads back together into something cohesive.

I’m getting better at it now, but even in my own writing I tend to not start with an outline. I just start and sort of vomit until the whole thing is done. So it was a gift for me because it was one of the first times that I’ve been working off of an outline. There just was a very clear outline, right? And when pitching how I was going to do it or what my approach was, I just kept going back to the source material. It was already there.

Would you say that being unfamiliar with Twitter made this an easier undertaking for you? As someone who is on Twitter, this idea to me is nightmarish. To you, it sounds like you had more clarity because you were not part of that cursed hellscape?

Absolutely. I also think it was going to be impossible to replicate what happened that day on Twitter. I think that some of what happened around how that story ends up being catapulted is that there is an audience and it is a live audience. It almost ends up being like the experience of live theater, the experience of live music, right? There is a kind of electricity that happens within being able to have participated in the story as it unfolded.

So, that wasn’t going to translate into a film. I just said, “We can’t, I’m not even going to pretend.” I’m through and through a theater kid, I’m a theater director, I’m an experimental theater director, a physical theater director. I said, “I’m not going to be able to replicate theater.” What I can do though, is I can borrow from theater. I can also deduce that the thing that happened there, and a surrealism and an absurdity, and that was what I pulled from the thing that happened on Twitter, and then threw that on the movie.

This is ultimately very much a Janicza Bravo piece; the absurdity is there. You have to put your personal stamp on it. How do you write your signature through this?

Put a trademark on it.

I’m gonna put a trademark on that. “Stressful comedy, Janicza Bravo™.” It’s not exactly an original idea, by the way. I think it’s [Harold] Pinter. Pinter referred to his work as, I think, “menace comedy, or “comedy of menace.” I’m not comparing myself to Pinter, but his approach in that space, that makes sense to me, and I feel what I’m doing in the film space would be deemed as stressful comedy. So I think that is one signature.

And then photographically, again, like I said, I’m a theater director and I love being in the proscenium. “Proscenium first! She loves a wide, you guys, minimum coverage!” I think the absurdity and the theatricality — this movie, like Lemon, it happens on a place that is right next to Earth. It looks like earth. It sounds like earth, but it’s like just the left of it.