The thing about comets is that they were initially perceived as disturbances to our earth’s atmosphere; an anomaly, an intrusion. It wasn’t until Edmond Halley predicted the trajectory of a comet, accurately calculating its return, that people started to accept comets as something out of our reach, circling beyond the moon. Halley’s Comet was immortalized.

The halfway mark of Billie Eilish’s sophomore album, Happier Than Ever, is a track called “Halley’s Comet.” It’s melancholy and yearning, but it acts as an appropriate connector between the first and second halves of the album — as well as the gap between her first album (the lauded, Grammy history-making When We All Fall Asleep, Where Do We Go?) and her latest effort. With this collection, she proves that she was not just a shot in the dark or a blaze lighting up the sky for only a moment. On her own time, she’s come back.

There’s an inherent pressure around sophomore albums, but even more for Billie Eilish: she’s facing the task of living up to (and maybe even growing beyond) a wunderkind reputation, the trolls and TikTok teens lamenting that she’s in her “flop era,” and the incredible scrutiny of being a young woman in the public eye.

That last point is something she specifically addresses through a monologue in “Not My Responsibility,” nearly four minutes of pointed, icy callouts. “If I wear what is comfortable, I am not a woman/ If I shed the layers, I’m a slut/ Though you’ve never seen my body, you still judge it/ And judge me for it,” she says pointedly.

Part of what has drawn people across all age demographics to Eilish and her music is this sense that she’s wise beyond her age — and while her sound is polished and inventive in a way that certainly exceeds her nineteen years, the kind of sensibilities expressed in “Not My Responsibility” also prove that beyond the performative nature of her detached, glazed-over persona, Billie Eilish knows exactly what’s going on. “Is my value based only on your perception?” she asks. “Or is your opinion of me not my responsibility?”

The album is bookended by three standouts: it opens with “Getting Older” and closes with the one-two punch of the title track and the fearless “Male Fantasy.” There are lyrical moments worthy of eliciting a gasp throughout the album: “I’ve had some trauma, did things I didn’t wanna/ Was too afraid to tell ya, but now, I think it’s time,” is a heavy introduction among them. Throughout “Getting Older,” the tone is set for a heavy twist on a coming-of-age album.

Ahead of Happier Than Ever, Eilish teased the idea of jazz influences, and while the languid “Billie’s Bossa Nova” is a clear nod to a bygone era, it’s the first half of “Happier Than Ever” that could most believably be pressed onto a 7-inch record and spun in the background of a sun-soaked cocktail party. That is until the song shifts halfway through, dragging the listener back into the present, morphing into an explosion of a young woman’s righteous, valid fury.

It succinctly captures what Eilish excels at, in partnership with her brother, writing and producing partner Finneas: telling the truth, carving out an unexpected sonic path, and providing the perfect, cathartic lyrics to scream at a concert.

Then, there’s the closer of “Male Fantasy,” a despondent meditation on heartbreak and modern womanhood. The song is especially poignant coming from a young woman maintaining her agency in the wake of clear trauma. It can seem redundant sometimes to call moments like these brave, but in light of the unsettling details in tracks like “Your Power” and “Everybody Dies,” it’s an apt descriptor after all.

The album is cohesive almost to a fault — the trouble with locking in a singular sound that becomes intrinsically tied to your reputation as an artist is that some of the tracks can blend into one another, harder to distinguish as the album comes to a close. “Oxytocin” feels closest to what listeners might’ve loved about When We All Fall Asleep, Where Do We Go?, and there are quieter moments with acoustic guitar that strip away trippy beats, but Eilish’s vocals tend to stay in that lower register for which she’s become known.

On the shimmering, airy “GOLDWING,” though, she proves that she has vocal chops to spare, stacking gothic harmonies into an eerie choir. “GOLDWING” sends the listener to the clouds, a dreamy reprieve from the album’s darker moments without betraying any lyrical themes. Perhaps next time Billie Eilish is ready to share her story through this gift of hers, she’ll spend more time in that stratosphere — the part of the sky where comets might be visible. 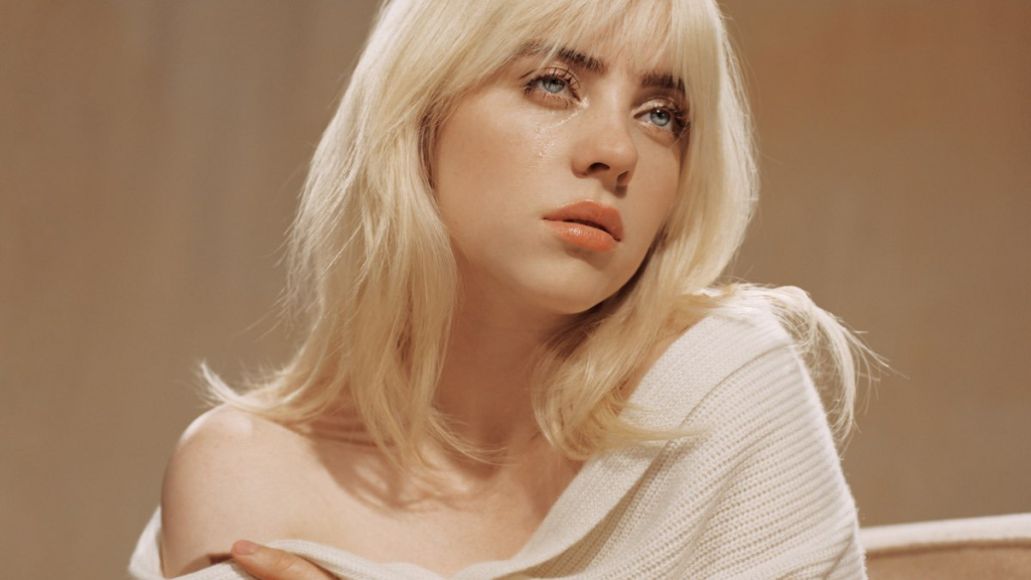 Lamb of God Call Out Present Perils on Omens: Review

On the Spectacular COPINGMECHANISM, WILLOW Saves Herself