Bizzy Banks has dropped his new mixtape, Same Energy, via Atlantic Records. Stream it below on Apple Music and Spotify.

While not the official second volume, the project follows his debut mixtape, 2020’s GMTO Vol. 1 (Get Money Take Over), and contains his PnB Rock collaboration “Adore You” as well as previously released tracks “City Hot” and “Bandemic.”

Hailing from East New York, the 22-year-old rising rapper opened up about utilizing the pandemic to create Same Energy in an interview with On the Radar Radio. “I don’t know, I feel like everybody fell back ’cause the world stopped,” he told host Gabe Pabon. “And that’s when I was just the one, like, just really putting music out. That’s why this tape called Same Energy though…That’s how true it is, I’m giving it the same energy.”

Banks also gave an explanation as to why the new mixtape isn’t a second volume of GMTO, stating, “‘Cause I’m in that same mode, I don’t feel like I’m in the mode for volume two yet. I feel like I’m still, you know, talking my shit more. Like, I’m able to talk my shit from GMTO Vol. 1, so I didn’t want to go straight to volume two. ‘Specially ’cause Vol. 1, I feel like that shit was a classic to me. For my first tape, I feel like I did very good. So I just want part two to be even crazier. Like, when I level up, that’s when I’ll go to part two.”

Stream Same Energy after the jump, and check out the mixtape’s red-tinted cover art and complete tracklist below.

Back in September, Consequence called out Banks’ “already sharpened skill for both lyricism and a hard-hitting flow” upon the release of GMTO Vol. 1, and one week previously, the drill rapper dropped the music video for his single “Extra Sturdy.” 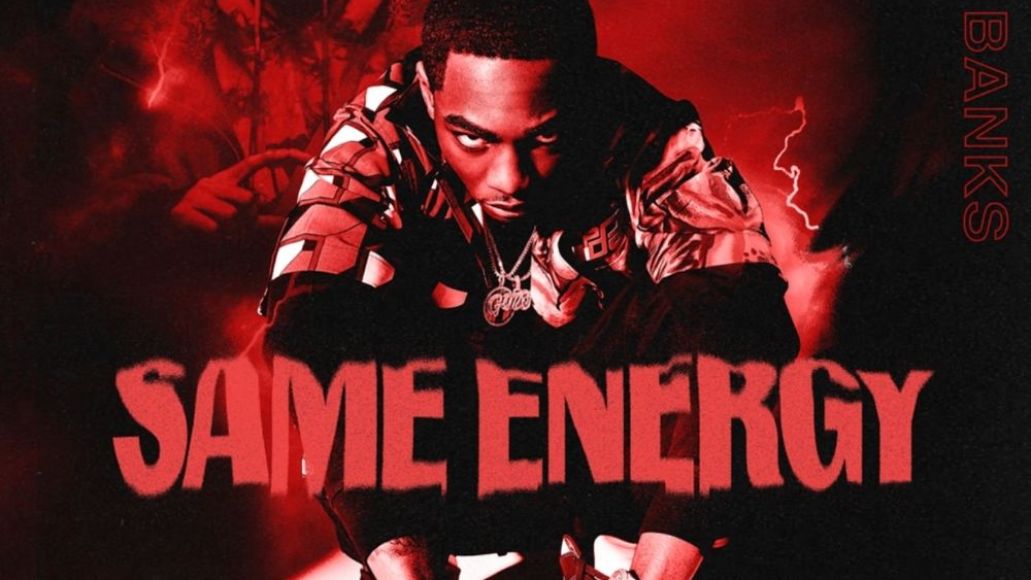