In the pop pantheon, Jack Antonoff has certainly charted his own path to royalty. In 2021, he’s arguably less well known for his bright, ‘80s-influenced indie pop as Bleachers than for his expansive and acclaimed work producing and writing for Taylor Swift, Lorde, Lana Del Rey, and Clairo. And when it comes to producing landmark albums for these artists, Antonoff is inarguably on a roll.

Each time Antonoff is listed as a producer, there’s the expectation that the artist will go deeper, more intimate, vulnerable, and visionary — that, similar to Lorde’s Melodrama and Del Rey’s Norman Fucking Rockwell!, there is a potential to hear this artist in a way we’ve never heard before.

Yet, Antonoff hasn’t quite treated Bleachers the same way. 2017’s Gone Now was a more ambitious, personal and self-reflexive effort, shedding light on Antonoff’s New Jersey upbringing while adding a more maximalist feel to the songs themselves. And now, with his third studio album Take the Sadness Out of Saturday Night, Antonoff has continued down that very path while incorporating some of the more intimate and downplayed choices from his production work.

The resulting effort is a largely uneven collection of songs that span everywhere from an actual Bruce Springsteen collaboration to subdued, orchestral ballads, from ‘70s-indebted heartland rock to ‘90s-inspired slow jams.

While Antonoff’s production style over the last three years has evolved beyond the usual handclaps and big choruses, that evolution isn’t as present in Take the Sadness Out of Saturday Night — it is by all means a Bleachers album, and songs like “Stop Making This Hurt” and “Big Life” would fit right in on Antonoff’s first Bleachers LP, Strange Desire.

A common theme in all of his music is belief — not just in himself, but in dreams, in the future, in his relationships. Even the album’s title is a reference to this idea, that with all the doubt and anguish coming his way, music remains an unstoppable force to drive him forward.

This belief is on full display throughout the album, and yet, there are several songs that fall short of his anthemic, stadium-sized ambitions. The Bruce Springsteen-assisted “Chinatown” is certainly further from Antonoff’s dance-friendly, kitchen-sink indie pop, but his attempt to create something as moving as Springsteen’s earlier material ends up being muddled with too many voices and generic, forgettable lyrics like “I wanna find tomorrow with ya, baby.”

“Don’t Go Dark” is another track with some clear homages to The Boss, with a “Thunder Road”-esque xylophone, quivering vocals, and a big sense of urgency. And although he matches him in terms of charisma and orchestration, Antonoff lacks some of the poetic clarity ridden in Springsteen’s biggest songs, and his attempt at capturing that same feeling misses the mark.

A lot of the album revolves around Antonoff’s relationship to music, status, and how far he’s come. “How Dare You Want More” and “Big Life” see Antonoff reflecting on the cost of the trade, how his quest to live comfortably as a musician has been both a blessing and something that has alienated him in life. Both songs — particularly the latter — start relatively simple, but throughout, new sounds and instruments rush in and destabilize them.

All of a sudden there’s an aspect of uncertainty and unpredictability, the wheels start to come off, and a frantic energy brings the songs to a climax. Both tracks are great representations of the tension Antonoff feels between his past and his current ambitions, and although he doesn’t achieve the catharsis he’s looking for, investigating that tension is worth a shot.

The album hits its peak with the Del Rey-featuring “Secret Life” and the solo effort “45.” “Secret Life” strips all the excess back to a simple, dreamy groove, and Antonoff sounds right at home. With even a hint of shoegaze in the mix, it’s a more understated turn in the album, hearkening back to his recent work on Clairo’s Sling or Del Rey’s Chemtrails At The Country Club. With many of the artists he produces for making intimate, organic and introspective album, it makes sense for Antonoff to do the same — and “Secret Life” feels miles away from the muddled “Chinatown” and “Big Life.”

“45,” on the other hand, has the anthemic chorus that Antonoff is looking for, and it’s a perfect example of what can happen when it’s just him, his guitar, and that belief. It’s easily one of his best solo songs, filled with heart and charisma, perfectly in his range, and indebted to the power of music. “Honey I’m still on your side,” he sings, steadfast in his willingness to keep moving forward despite anything and everything.

Although the songs on Take the Sadness Out of Saturday Night don’t achieve what he may have hoped, Antonoff will never stop working on becoming that Springsteen-like figure, the pop auteur and the heartland poet. After “45,” the rest of the album feels almost deflated, lulling, and contemplative.

It’s in these moments where Antonoff is figuring out how to blend these two worlds together, and the understated efforts shine the brightest. But at the end of the day, if it doesn’t work for Jack Antonoff, he’ll just keep trying.

Take The Sadness Out of Saturday Night Artwork: 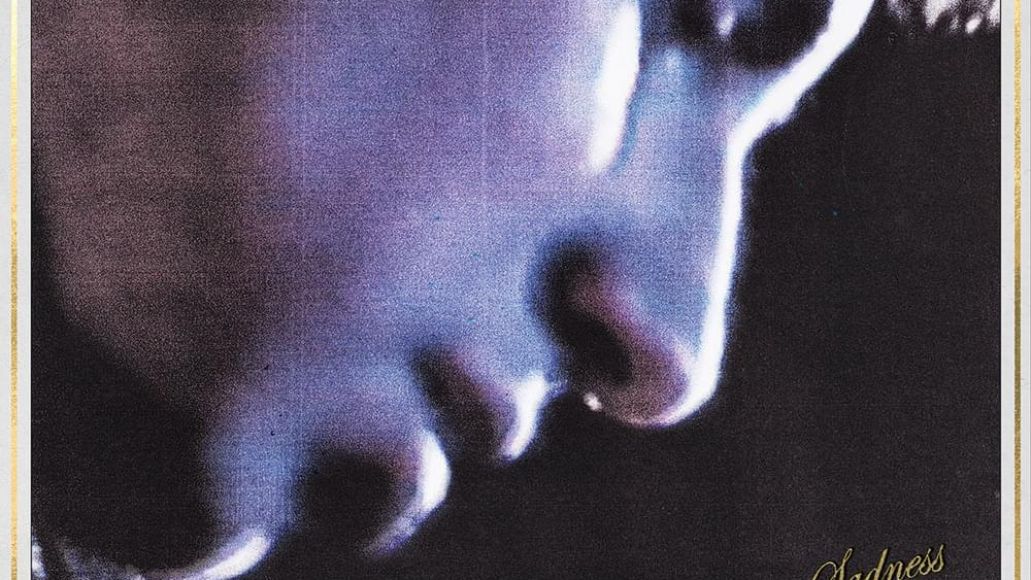