Just four years ago, Claire Cottrill was creating lo-fi bedroom pop on a simple keyboard. Then her now-certified-platinum song “Pretty Girl” went viral on YouTube, and the unexpectedly biting track cascaded into a breadth of opportunities for the young artist, who performs as Clairo.

After dozens of festival shows, collaborations, and an EP, she released her excellent debut album Immunity in 2019 to widespread acclaim. Although many doubted Clairo’s ability to showcase a strong musical identity due to her age, background, and her viral moments, Immunity was an impressive and personal foray into her unique brand of indie pop. (It also sparked her first Billboard hit in “Sofia,” which enjoyed TikTok attention in the autumn of 2020.)

Now, two years later, Clairo returns with Sling, an organic, deeply intimate sophomore LP. Clairo’s remarkably swift rise to stardom has set her up perfectly for this moment — already subverting expectations in her debut, she doubles down on that choice here by prioritizing an inward turn, with an almost anti-climatic album, a loose and gentle attempt at capturing her own maturity.

Whereas Clairo’s previous efforts have revolved around the intersection between bedroom pop and indie rock, Sling is much more in conversation with folk, singer-songwriter and country music of the 1970s. And while Clairo’s softness on Immunity — both vocally and musically — was a way to disarm, that softness turns into an immediate and, at times, devastating level of intimacy on Sling.

The songs on Sling inhale and exhale. They’ll often lose their shape and collapse at unexpected moments, until a flurry of instruments patiently bring the song back to life. The album was co-produced by pop-whisperer Jack Antonoff, whose work on Taylor Swift’s folklore and evermore comes to mind — but Clairo takes where Taylor left off and brings a relentless creative spirit to the music itself.

Perfection is a myth on Sling, and Clairo is not afraid to lay bare: songs like “Zinnias” and “Partridge” feature sounds and lyrics that refuse to match up with meter, while the mostly-instrumental “Joanie” fully captures the adventurous sonic spirit of the record.

In moments of emptiness, Clairo and Antonoff tend to fill the space with a wash of vocal harmonies, some of which include Lorde’s ethereal high end. On a first listen, the album might sound hushed or downplayed, but there’s a great deal of sonic activity and life within each song, with many orchestral moments echoing Van Morrison’s Astral Weeks and Bon Iver’s Bon Iver. For an artist who began with just a handful of chords and a keyboard, she’s certainly demonstrating her knack for arrangement, composition, and crafting layered, nuanced songs.

Though the album has moments of brightness and clarity, a sense of melancholy is present in each song. When referring to the writing process, Clairo named her dog, Joanie, as a primary influence: “By caring for her, it forced me to face my own thoughts about parenthood and what it would mean to me.” This sentiment is all over Sling, with many songs revolving around family, responsibility, comfort, and the strained relationships that tie these subjects together.

While a sense of comfort is present in the gentle instrumentation and the harmonious imagery that comes to mind, Clairo juxtaposes these sentiments with doubt, fear, and disappointment. She imagines herself waking up “with a baby in a sling” on “Zinnias,” and elaborates on motherhood in the Lorde-assisted “Reaper,” with crushing statements such as, “I keep forgetting I’ll have a family,” and “I can’t fuck it up if it’s not there at all.”

Some tracks have the energy of a lullaby, then contain lyrics like, “Maybe you keep me around for the constant affirmations, while I scrounge for understanding and follow.” Perhaps the most devastating moment of the album comes halfway through with “Blouse,” where she complains “Why do I tell you how I feel, when you’re just looking down my blouse?” It’s a song that features images of domesticity and family, built solely from a peaceful acoustic guitar, and yet, she’s expressing a feeling of violation.

Throughout the album, Clairo wrestles with the tension of late adolescence and early adulthood, torn between the past and the future and reckoning with the cost of what she wants. By the end of the record, she’s reached the turning point — “The Little Changes” and “Management” see Clairo looking back all-the-wiser, with the latter bringing the album to a jubilant and cinematic climax.

Sling may not have the pop-centered style of Immunity, but it’s one that features Clairo’s impeccable ability to craft intimate, emotive songs. It’s a record that’s musically indebted to the past, but it’s done so in an adventurous, fascinating way. Throughout, she debates making the choice to move forward, or to sit in the moment and think and reflect — and what better way to address the responsibilities of adulthood than that very tension?

At the end of the album, on “The Little Changes,” she reflects on the loss of a relationship, but admits that “for the first time, it feels good/ good to fall between the ones I loved and the ones that faded.” It’s a statement of acceptance, and it’s one that encapsulates the brilliance of Sling. Sometimes, instead of choosing between staying or going, it’s better to let yourself fall between. 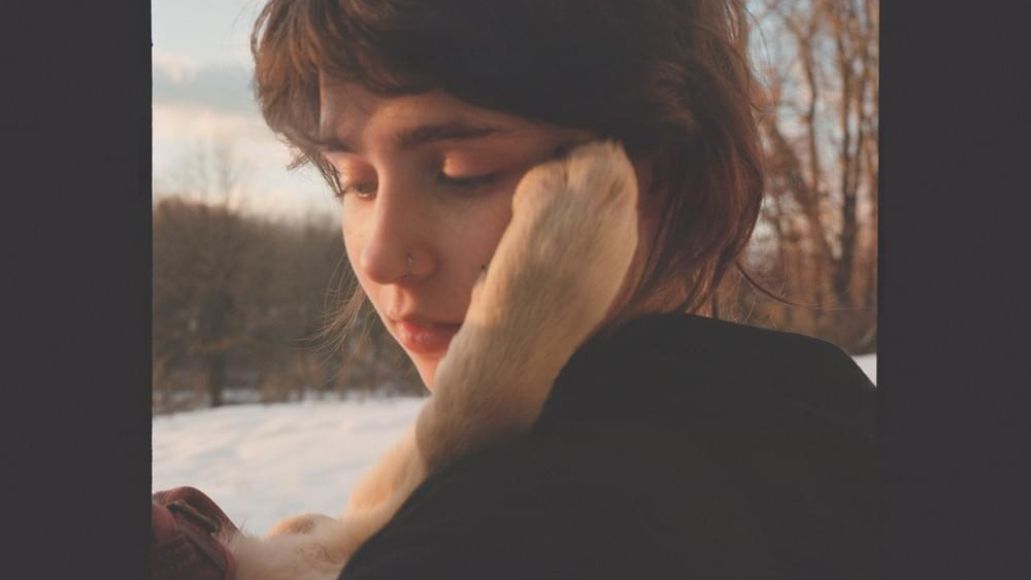