After hinting that new music was on the way for months, Coldplay have finally announced their next album through a handwritten note on Instagram. It’s called Music of the Spheres and it comes out October 15th via Atlantic.

Music of the Spheres is the ninth studio album of Coldplay’s career and follows their 2019 full-length Everyday Life. It was produced by Max Martin, the pop maestro and Swedish super producer responsible for dozens of No. 1 hits, so prepare for some catchy tunes. In total, Music of the Spheres spans 12 tracks, including the previously released single “Higher Power” from earlier this May as well as a new song called “Coloratura” that’s due out this Friday, July 23rd.

Another single (the band has not yet specified which track) will come out sometime in September ahead of the album’s release. Chances are it will have similarly sci-fi themes inked into the lyrics like “Higher Power” did, as the band’s announcement post included the phrase “Everyone is an alien somewhere” in the margins.

Coldplay also shared a new teaser trailer for Music of the Spheres. In the clip, which they’re calling “Overtura,” viewers are whisked through an animated cosmic journey while the planetary album artwork swirls around them and short snippets of each song play in the background. Watch the video below.

Pre-orders for Music of the Spheres are currently ongoing over at Coldplay’s official website. The band has unveiled the full tracklist for the album, including five songs that use emojis in place of a traditional text title. Check out the tracklist and the cover artwork for that below.

Last year, Coldplay snuck in a few TV performances and public flip-outs before the pandemic kicked off. During quarantine, Chris Martin made a special unannounced appearance on SNL, he joined in that star-studded cover of Foo Fighters’ “Times Like These” for BBC Radio 1, and Coldplay got their own SiriusXM channel. These days, Coldplay are busy preparing to perform live at iHeartRadio Music Festival, which will go down on September 17th and 18th in Las Vegas.

Music of the Spheres Artwork: 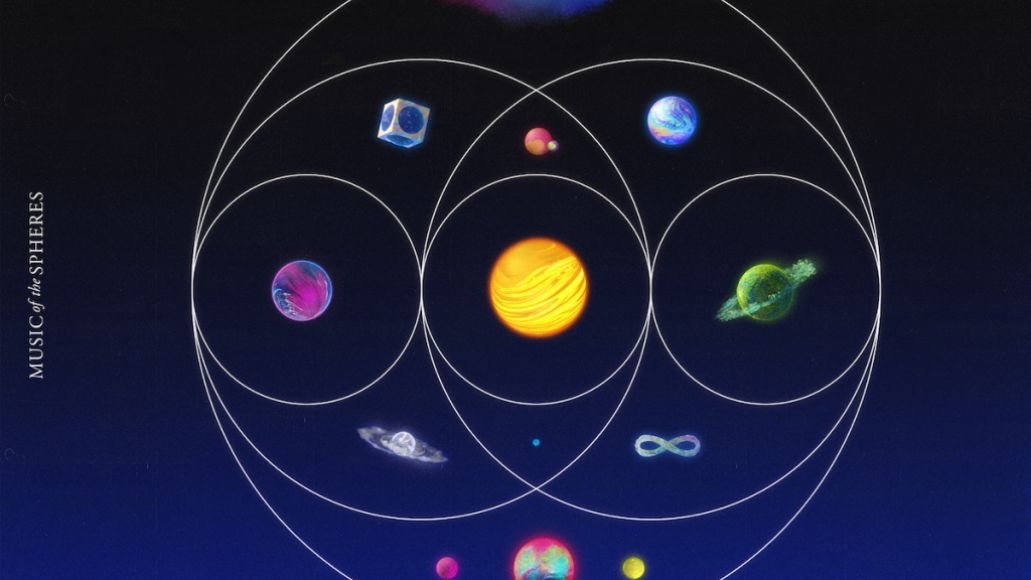