Corey Taylor is one of several high-profile contributors to the new Anthrax graphic novel Among the Living from Z2 Comics. The Slipknot frontman penned the chapter “A Skeleton in the Closet,” joining an all-star roster of writers that includes Rob Zombie, Brian Posehn, My Chemical Romance’s Gerard and Mikey Way, and members of Anthrax themselves.

As Taylor tells Heavy Consequence in the video interview above, he has been a longtime fan of comic books. He particularly pointed out out Garth Ennis’ Preacher series as one of this favorites, among others.

The singer also has a strong connection to Anthrax, both as a musical influence and on a personal level. It’s no secret that at one point Taylor almost joined the legendary thrash veterans as their lead singer. When the band was in between vocalists, before Dan Nelson joined the group, Taylor had serious conversations with the members of Anthrax about becoming their singer.

Ultimately, the pairing was shut down due to record contract stipulations and other red tape, but Taylor interestingly points out in our interview that a number of the lyrics he had written for a potential album with Anthrax ended up being used for Slipknot’s All Hope Is Gone album.

“To this day, it’s one of those ‘what if’ moments,” Taylor told us of nearly becoming a member of Anthrax. “However, because I’m a massive fan, I realized this was the starting point for them getting [classic singer] Joey [Belladonna] back.”

The chapters of the Among the Living graphic novel are based on each of the songs from Anthrax’s classic 1987 album of the same name. As for his contribution, Taylor explained, “The thing I loved about that song and I loved about that title, ever since I was a kid, is that it resonated with me on a level where everyone has skeletons in their closet. … Once I started thinking about that, I took it in a weird supernatural vibe.”

With Taylor already having put out the House of Gold & Bones comic book for his band Stone Sour, we wondered if he planned to do the same one day for Slipknot. See what he told us about that and the aforementioned topics in the video interview above.

Anthrax’s Among the Living graphic novel is out today (July 6th) in book and record stores and tomorrow (July 7th) in comic shops. It’s also available online via Amazon or in various editions directly from Z2 Comics.

Check out our video interview with Corey Taylor above, and preview pages from his “A Skeleton in the Closet” chapter from Among the Living graphic novel below. And catch Taylor live on his upcoming summer solo outing, as well as Slipknot’s “Knotfest Roadshow” fall tour.

Trouble viewing the video interview above? Watch on YouTube.

Preview the “A Skeleton in the Closet” Chapter of the Among the Living Graphic Novel: 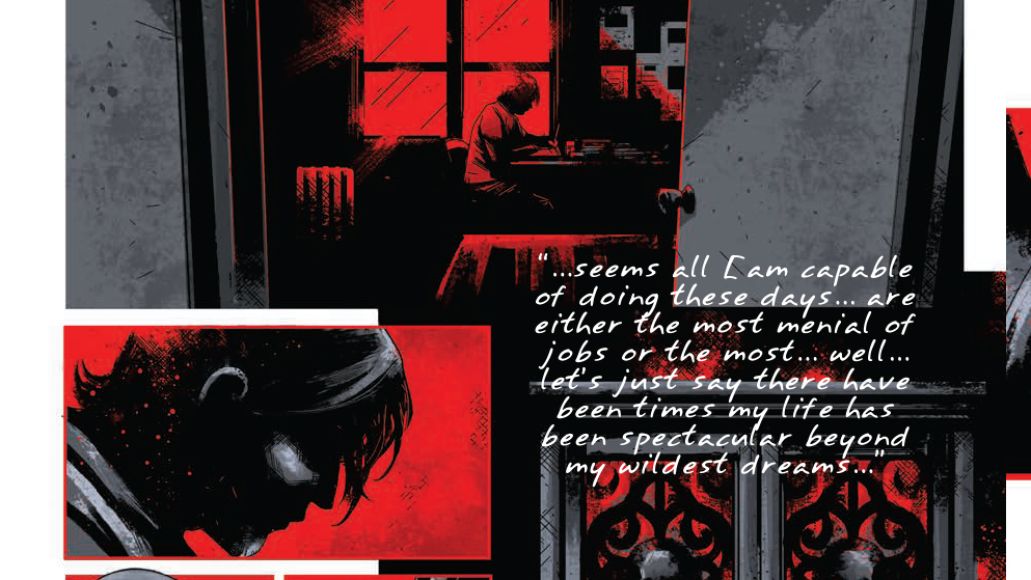 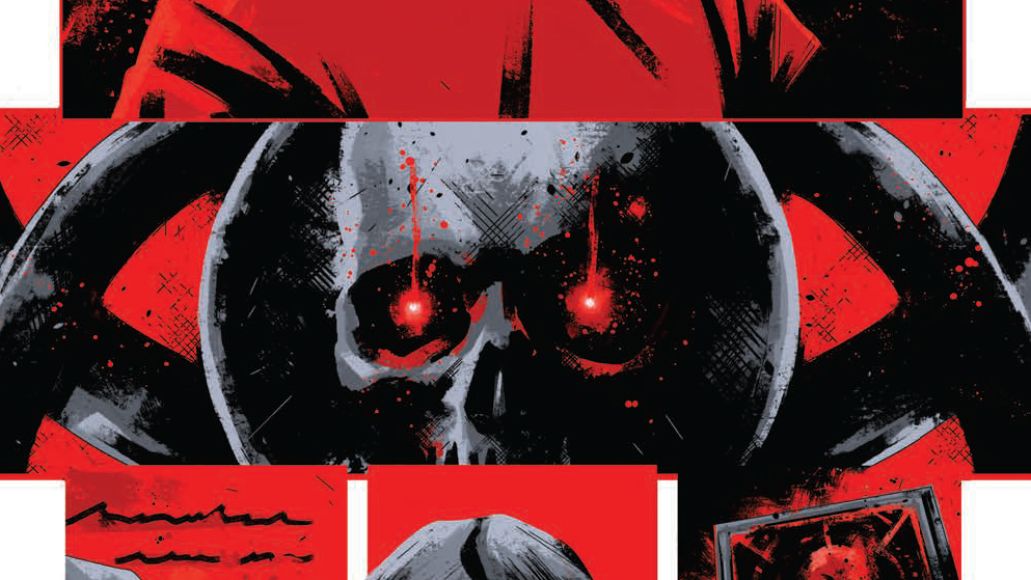 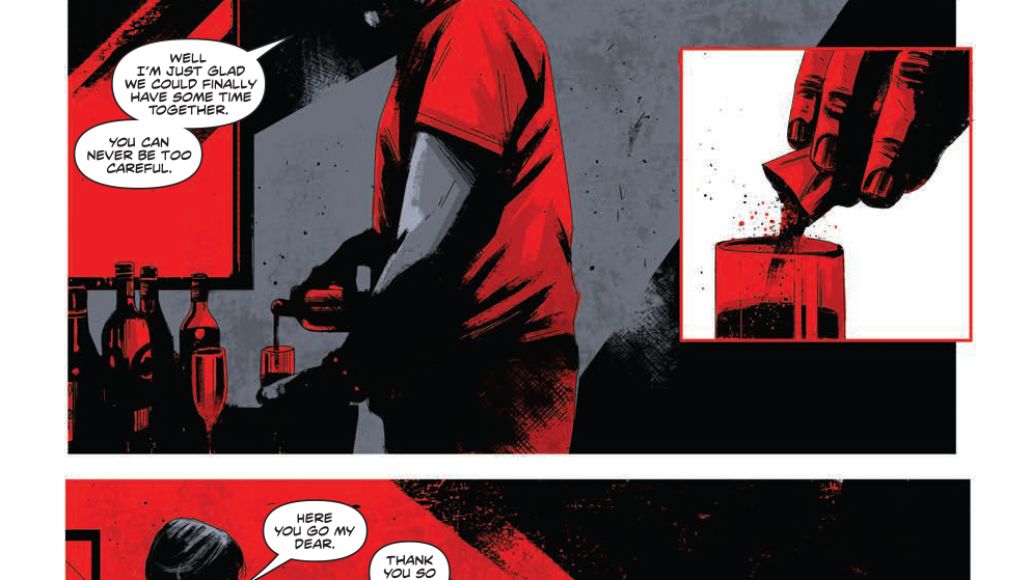 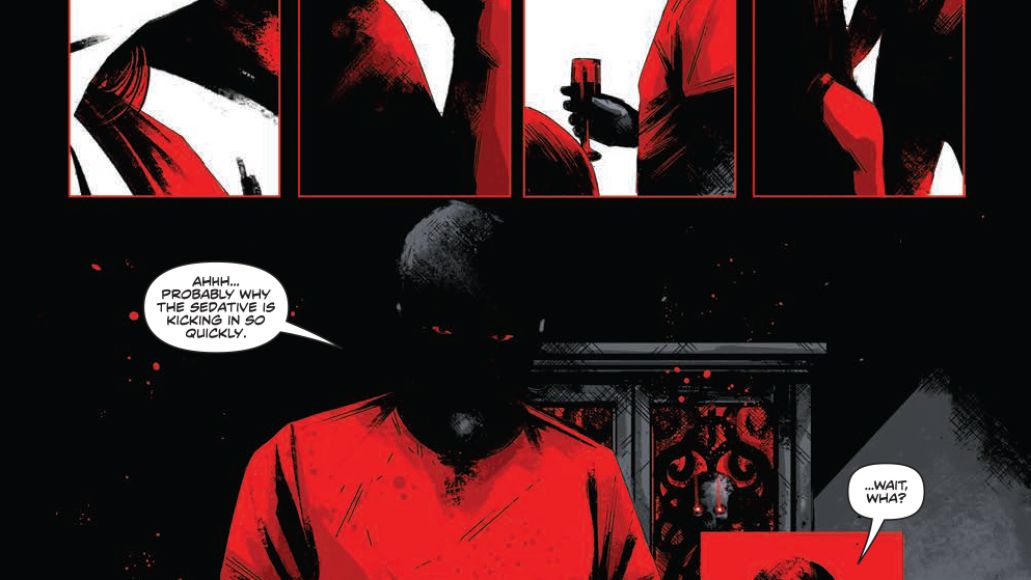 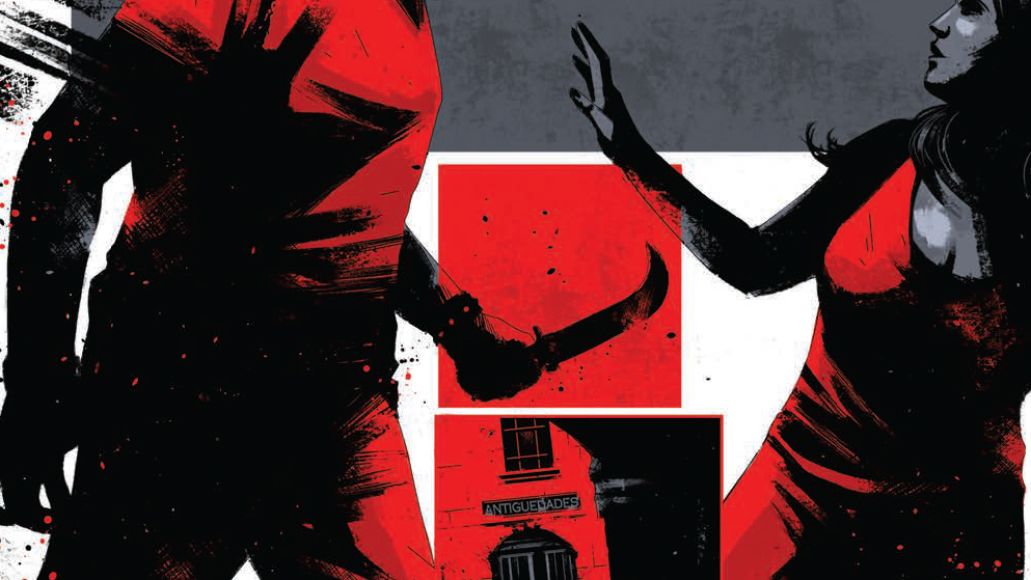