Dead Sara have announced a fall 2021 US tour. It marks the Los Angeles rockers’ first outing in three years.

The tour announcement is great news for fans who’ve been eager to see Dead Sara live. The band ended a period of inactivity with the 2020 single “Hands Up,” and is working on its first album in six years. The LP will mark the band’s first full-length release under a new deal with Warner Records.

The trek kicks off with an appearance at Summerfest in Milwaukee on September 17th and runs through an October 2nd show in Boston. Dead Sara will then play a homecoming show on October 9th in Los Angeles before appearing at Welcome to Rockville on November 12th in Daytona Beach, Florida, and on the ShipRocked cruise in January 2022.

A longstanding project that dates back to the early 2000s, Dead Sara broke onto the scene with their self-titled debut album in 2012 and its single “Weatherman.” They followed it with 2015’s Pleasure to Meet You and garnered major label interest from Atlantic, which released the Temporary Things Taking Up Space EP in 2018. The band’s core trio of vocalist Emily Armstrong, guitarist Siouxsie Medley, and drummer Sean Friday remains intact.

See Dead Sara’s full list of fall 2021 US tour dates and the tour poster below. 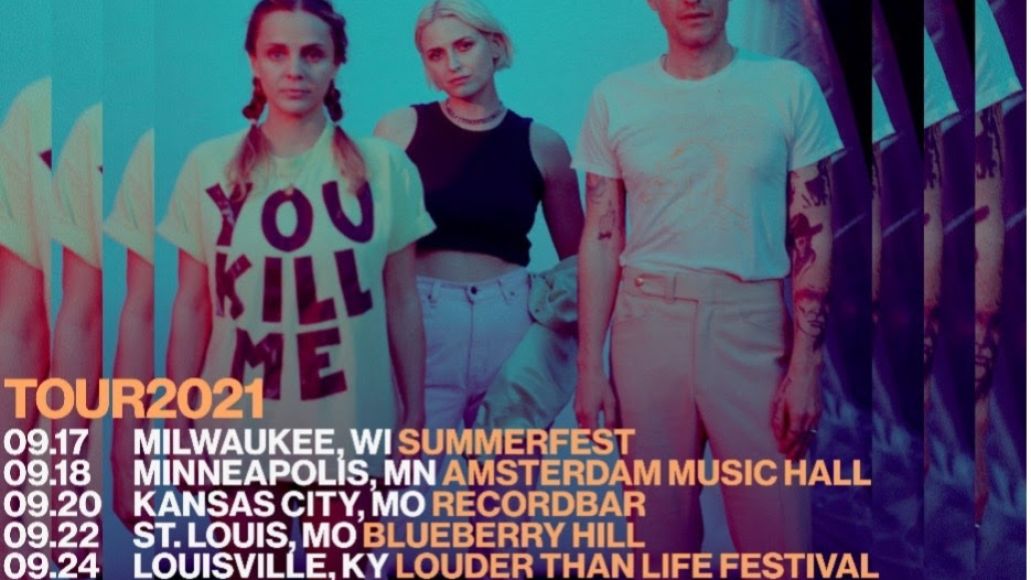