For our Track by Track feature, artists break down the meaning behind each song on their latest project. Today, Declaime gives insight into his joint album with Madlib, In the Beginning (Vol. 1).

Today, prolific producer Madlib and Oxnard rapper Declaime have released their collaborative album, In the Beginning (Vol. 1). Stream it below via Apple Music and Spotify, and read a complete Track by Track breakdown of the effort from Declaime.

In the Beginning (Vol. 1) compiles 13 previously unreleased tracks recorded from 1993 to 1996, during which Declaime, aka Dudley Perkins, and Madlib lived across the street from each other. The two became fast friends outside of the studio, eventually leading them to enter the booth together. For Declaime, releasing the project is his way of paying tribute to the now-legendary producer.

“I’m giving Otis Jackson his flowers now through this music we constructed as hungry young dudes,” explains the underground rapper. “The Beat Konducta Sensei and the Poet Past The Weak will always be part of Oxnard’s musical history!”

In an interview with Consequence, the underground rapper recalls soaking up game from Madlib’s Lootpack crew and the Crate Diggas Palace extended family. “I was still learning and discovering my own lane from being around cats like the almighty Medaphoar, Oh No the Disrupt, Kazi, Kankick, Godz Gift, Kali Wild, Roc C, E Dogg, Pee Eee, Nick Anderson… the list goes on,” Declaime says. “Being around all that creativity, I was able to grow and be respected by my peers.”

Madlib and Declaime previewed In the Beginning (Vol. 1) with the lead single, “All Over the World,” featuring their longtime collaborator MED (fka Medaphoar). Find out more about the track and the rest of the album by reading Declaime’s Track by Track breakdown below the jump.

Pick up physical copies of the album here.

“Enuff”:
This right here’s the album opener, which was probably recorded somewhere around ’94-95. During that time, we recorded out of a studio in Ventura which we called the Crate Diggas Palace. We spent most our days and nights there for many years. The parking lot was our hangout, and the truck stop café was our food source. A lot of cheap chili and cornbread [laughs]. We were able to create freely and build a crew of talented cats who really were trying to put it down.

“One On One (Remix)”:
This joint was a track I did about four different times all over different beats. Basically, I was just trying to rap over anything Madlib was supplying me, but having no new written rhymes, so I’d regurgitate the same lyrics over different beats in a different style to try something different and see how it would turn out.

“Cool Ways”:
With “Cool Ways,” the track speaks for itself; Madlib doing that Madlib thang. Lyrically, I open up about how your ego can get the best of you after many years and many long nights of getting my craft down pat. As you can hear in the verses, I was on a mission to get some bread and eat up every emcee in my city who claim they can rap.

“2 to Da Head”:
This one was strictly for the message in the music. “2 to Da Head” meant to take these two verses like a verbal bullet. I was trying to follow in the steps of cats like Grandmaster Flash and the Furious Five, or cats like Public Enemy, Paris, and Sista Souljah and use music as a weapon against the oppressor. 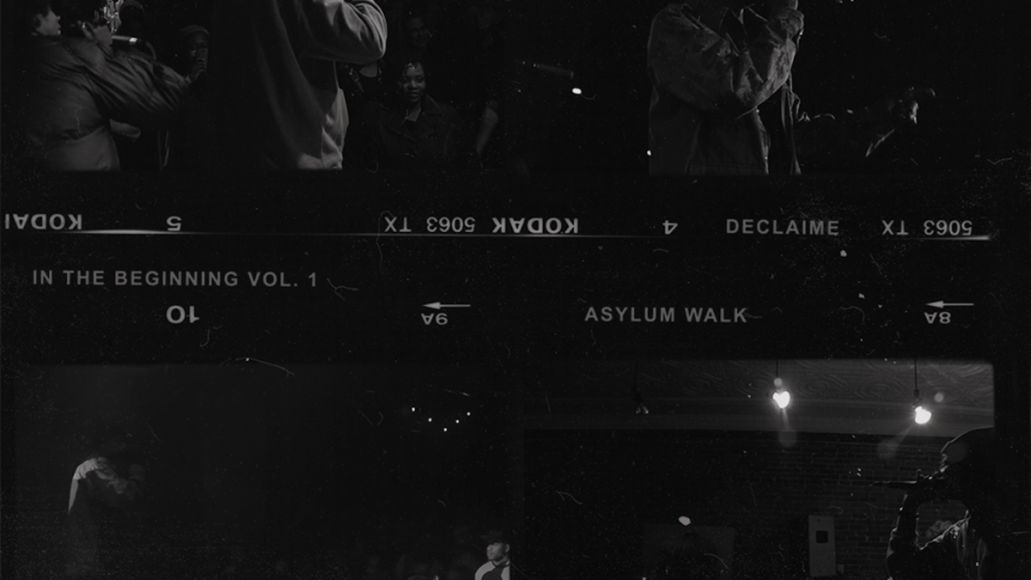 “Madman”:
“Madman” is a walk through the mind of some real sick people. From warmongers, thieves, and burglars doin’ home invasions, to domestic terrorists, pedophiles, and racists; all that demonic devil crap. And that Babylon fall type beat drives the message home… that wake yo bitch ass up beat!

“Declaime Speaks”:
This is on some ol’ bugout stick-a-boom type music. l probably was on some good ‘shrooms when I was talkin’ over this beat, who knows [laughs]. I recorded many skits and interludes during the good ol’ days… and Madlib had a ton of beats in the stash, he still does!

“Black”:
This one’s about when a young cat gets tired of the systematic bullshit thrown at him from birth, and smacks the Devil and his minions in the eardrum with truth. You gotta question the Devil’s bullshit, go against the grain, and if music is your main tool, use it with force.

“Wake Up”:
“Wake Up” was recorded around ’93-94 during that time Lootpack and the rest of the crew were starting to get the hang of being completely original. I was still learning and discovering my own lane from being around cats like the almighty Medaphoar, Oh No the Disrupt, Kazi, Kankick, Godz Gift, Kali Wild, Roc C, E Dogg, Pee Eee, Nick Anderson… the list goes on. Being around all that creativity, I was able to grow and be respected by my peers.

“Out Like Dat”:
When I heard this beat, I thought of my cousin JoeJoe who was shot during a gang shooting. I remember running to the hospital on foot when my grandmother told me the news. By God’s grace, he survived and lived on to become a G. So this joint details that whole sequence of events.

“Massive Meltdown”:
This one’s an interlude-type joint that gives props to the Crate Diggas, the Fonk Farm, and all my comrades in our crusade. This one’s designed to enlighten the masses with that Oxnard sound!

“All Over the World” (feat. M.E.D.):
“All Over the World” is me and Medaphoar going in on a Madlib beat. Me and MED have collaborated on many tunes over the years. We used to wash cars in the daytime for money so we can have enough trees for our sessions with the Beat Conducta Sensei (Madlib). Fast forward many years, MED is now the successful owner of the label Bang Ya Head Records… I’m proud of him!

“2 MC 95”:
“2MC 95” is another joint I redid a few times just to do something different. It’s a more smoothed-out version compared to the later versions. This one later appeared on my ’01 released album, Andsoitisaid, produced by Madlib, Kan Kick, and Oh No. Madlib has no father to his style — he can go in any direction and still bring yo ass back home.

“Outrose”:
Classic Madlib vibes to tie the album together and end it with a bang. Definitely a wild ride through the years with all these cats. And truly appreciate every single one of them as well as the entire journey!

Declaime and Madlib Break Down New Album In the Beginning (Vol. 1) Track by Track: Exclusive