Deerhoof have announced a new full-length, Actually, You Can, and shared the lead single, “Department of Corrections.”

Actually, You Can marks the prolific indie noise band’s 18th (!!) album, and follows last year’s Future Teenage Cave Artists and the surprise covers record Love-Lore. In a bio she wrote for the album, Speedy Ortiz’s Sadie Dupuis called the latest effort “a genre-abundant record that uses technicolor vibrancy and arpeggiated muscularity to offer a vital shock from capitalism’s purgatorial hold.”

As for Deerhoof themselves, they summarized the thematic drive of Actually, You Can, thusly: “Think of all the beauty, positivity and love that gets deemed ugly, negative and hateful by the self-proclaimed guardians of ‘common sense.’ We’d hardly be destroying society by dismantling their colonial economics and prisons and gender roles and aesthetics. We’d be creating it!”

The album also sees Deerhoof returning to the sort of biblical references frequently used in their past releases like Reveille and The Runners Four. Case in point, lead single “Department of Corrections” uses The Last Supper to scrutinize the prison industrial complex. Animator/director Jess Joy’s stop-motion video furthers that idea as its cut-out figures make their escape.

As Joy explained in a press statement, “The video rhetorically questions authority. Who runs the show? A dying sun? Mushrooms? In wondering why we put limitations on our freedom, we realize that the people we have put in charge also do not know.”

The 9 Best Power Couples in Music

Check out the “Department of Corrections” video ahead, followed by the album art and tracklist for Deerhoof’s Actually, You Can.

The album is out October 22nd via Joyful Noise, with a Chlorophyll-colored vinyl arriving on November 19th. Pre-orders are available now.

Actually, You Can Artwork: 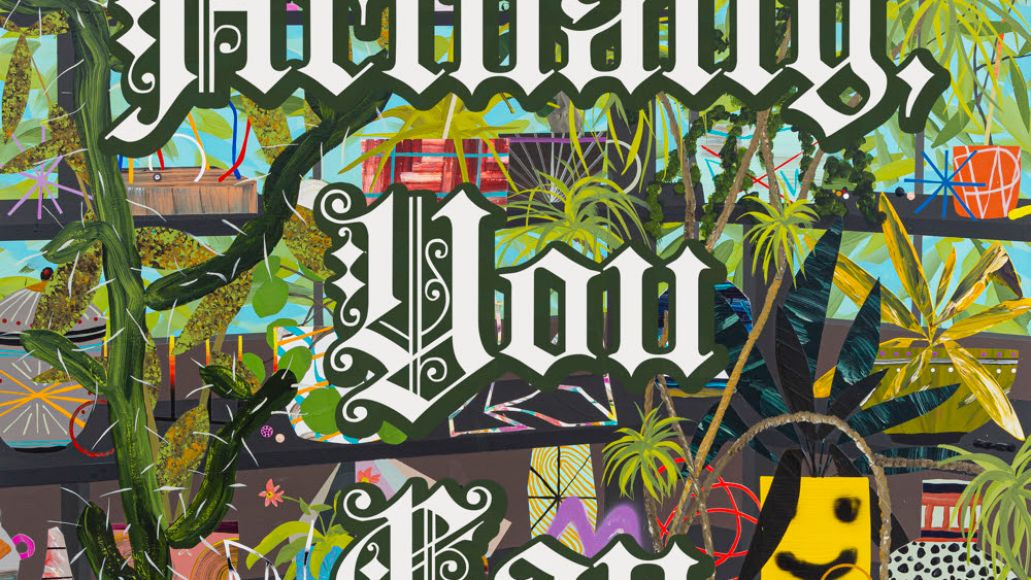 Actually, You Can Tracklist:
01. Be Unbarred, O Ye Gates of Hell
02. Department of Corrections
03. We Grew, and We Are Astonished
04. Scarcity Is Manufactured
05. Ancient Mysteries, Described
06. Plant Thief
07. Our Philosophy Is Fiction
08. Epic Love Poem
09. Divine Comedy