Epiphone’s Slash Collection follows last year’s Gibson collection, but offers the guitars at a more accessible price point. Epiphone prides itself as being known as “the leading accessible guitar brand For Every Stage,” and the new axes are ideal for beginners or seasoned vets.

The new line introduces two electric guitars and five variants: the Epiphone Slash Les Paul Standard (finished in Appetite Burst, November Burst, Anaconda Burst, and Vermillion Burst) and the Slash “Victoria” Les Paul Standard Goldtop in Gold. The acoustic Epiphone Slash J-45 (in Vermillion Burst and November Burst) rounds out the Epiphone collection. All the guitars are available at the suggested retail price of $899 each.

“I’m really proud to present this great line up of excellent quality, signature Epiphone guitars,” Slash said in a press statement. “They sound and look fantastic. It’s all I could ask for.”

In speaking about the Victoria Goldtop to Heavy Consequence last year, Slash revealed an intriguing story behind the name. “Back in the late ’90s, I had a bunch of guitars stolen out of my studio in my house. I’ve actually managed to get [just about] all the guitars back, but I never knew exactly who was behind the theft. And one of the guitars I didn’t get back was a Goldtop that was stolen,” Slash told us.

He continued, “So, I’ve been trying to find another Goldtop to replace it over the years. Then at some point I found out who was responsible for the theft, not long ago, and her name was Victoria, so I decided to name the guitar after her!”

Each guitar in the Epiphone Slash Collection features Slash’s “Skully” drawing on the back of the headstock, Slash’s signature on the truss rod cover, and a custom hardshell “Skully” case.

“We are in a very exciting journey with Slash and today we are announcing the amplification of our collaboration with the launch of the Epiphone Slash Collection,” said Gibson Brand president Cesar Gueikian in a press release. “Our new Epiphone Slash Collection brings our collaboration with Slash to the next level, expanding the offering of the iconic Slash models to Epiphone with an accessible price point. Slash was intimately involved in every aspect of the development of his new Epiphone Collection, and we are all excited to see his fans around the world rock out with them!”

Purchase the Epiphone Slash Collection via Epiphone’s website and via Reverb. Check out a promo video of Slash introducing the guitars and images of the instruments below. 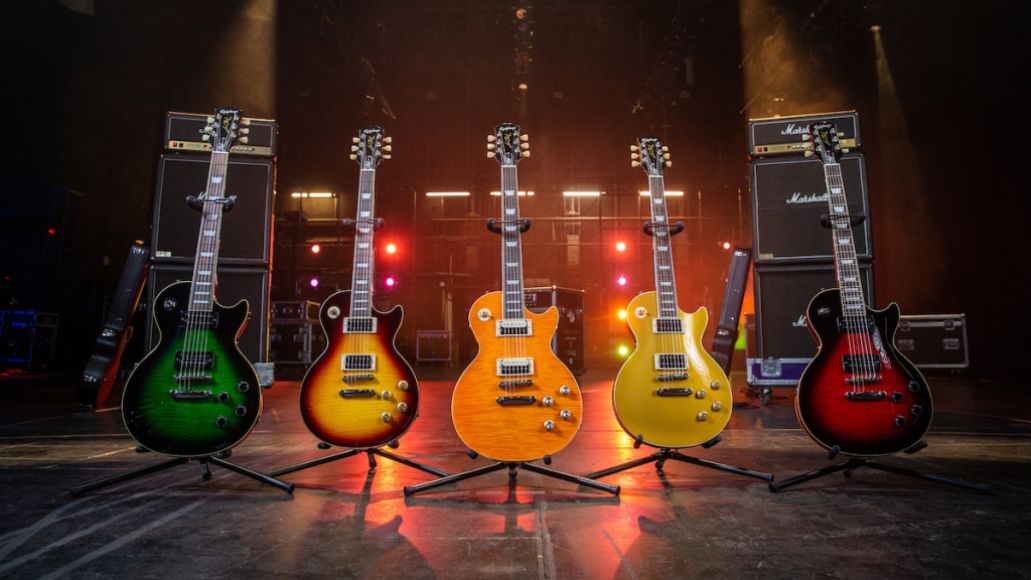 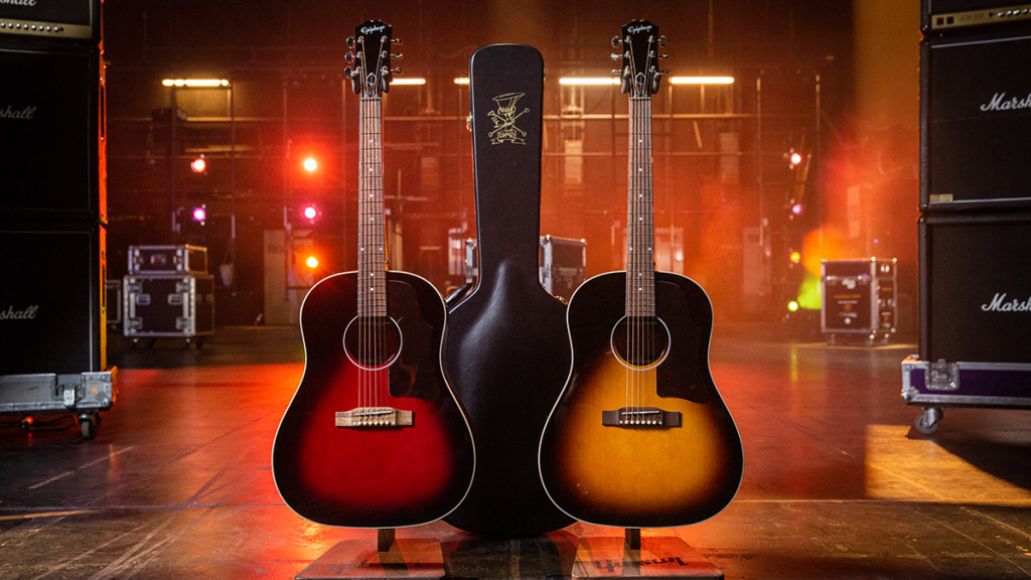