Isaiah Rashad is prepping the release of his sophomore album The House Is Burning, which he announced today will drop July 30th via Top Dawg Entertainment/Warner Records.

Update – July 26th: Rashad shared the tracklist for the album, which contains features from SZA, Lil Uzi Vert, Smino, 6LACK, and Jay Rock. Check it out below.

The studio set serves as the rapper’s follow-up to The Sun’s Tirade, his 2016 debut album, and will feature previously-released track “Headshots (4r Da Locals)” and the Duke Deuce-assisted lead single “Lay Wit Ya.” With cover art showcasing the titular home ablaze in crayon, and Rashad’s multi-colored name scrawled in all caps across the bottom, the LP’s title is drawn from the rocky road Rashad has walked since the release of his first album — one that involved drugs, alcohol and a successful trip to a rehab facility in Dana Point, California.

“I took it seriously, but I was drunk in the studio and trying my best to make my confidence swell way larger than it actually was at the time,” he said of his first, troubled sessions for his follow-up. “I couldn’t pull off even acting like I wanted to rap for money, or like I wanted to rap to express myself. I didn’t know exactly how to put into words what I felt.”

Between “Lay With Ya” and “Headshots (4r Da Locals),” Rashad also collaborated with producer Kenny Beats on a new freestyle as part of the ongoing series from The Cave. Back in April 2020, he returned from his four-year hiatus to contribute one-off single “Why Worry” for Top Dawg’s Fan Appreciation Week.

The House Is Burning Artwork: 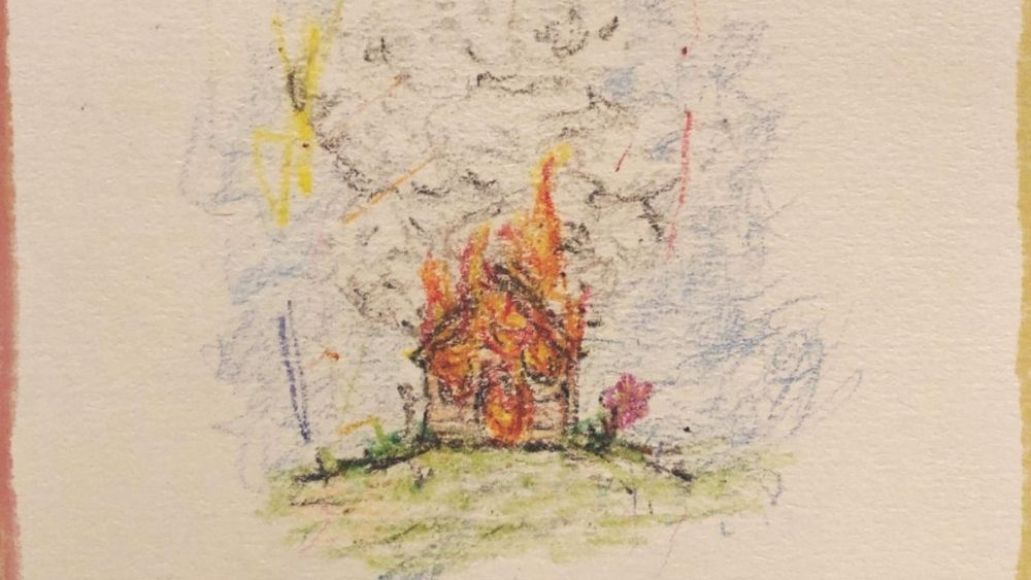