Lollapalooza has returned, a delight to fans and a test for public health officials. The beloved Chicago music festival is requiring proof of negative COVID-19 status for entry, and attendees certainly enjoyed the freedom this implied.

Day 1 carried some of the manic energy of a party for the end of the world, as bewildered parents chased packs of feral youths,  over-indulgers stumbled about like broken toys, and even veterans of the festival circuit found themselves swept up in the optimism. Live music is back.

For the 30th anniversary edition of the festival — founded by Perry Farrell in 1991 — the exuberance could be witnessed both offstage and on. Rising artists like Flo Milli and Paris Texas made their triumphant Lollapalooza debuts, beloved veterans Jimmy Eat World celebrated 20 years of their landmark album Bleed American, and Miley Cyrus brought down the house in a headlining performance. Check out some of the most memorable moments below.

“We want to thank Perry Farrell for starting this whole fucking thing 30 years ago,” sisters Aly & AJ said. “Happy 30th fucking birthday.” From there, they launched into their 2007 smash hit “Potential Breakup Song,” which has seen a surge in streams over the last year on TikTok. It was a joyful way to welcome fans to the festival. — Wren Graves

Almost Monday Chased Away the Clouds 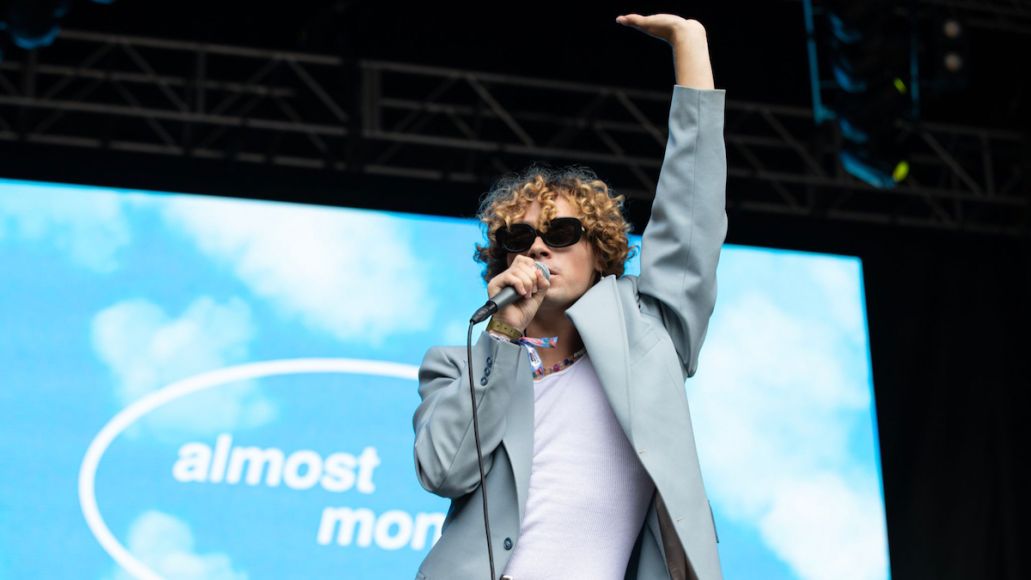 “Man this is crazy!” Standing on the Grubhub stage in a slouchy blue suit and a pair of wayfarers, Almost Monday frontman Dawson Daughtry sounds like he means it. The rising San Diego alt-pop trio might have a touch of “aw shucks” attitude, but they brought nothing but pop professionalism to their early afternoon set. The band massed a respectable crowd, given the time of day, and chased away the day’s early clouds with factory-fresh renditions of favorites like “Hailey Beebs” and “Broken People,” as well as new tunes such as the situationally appropriate “Sunburn.” — Tyler Clark 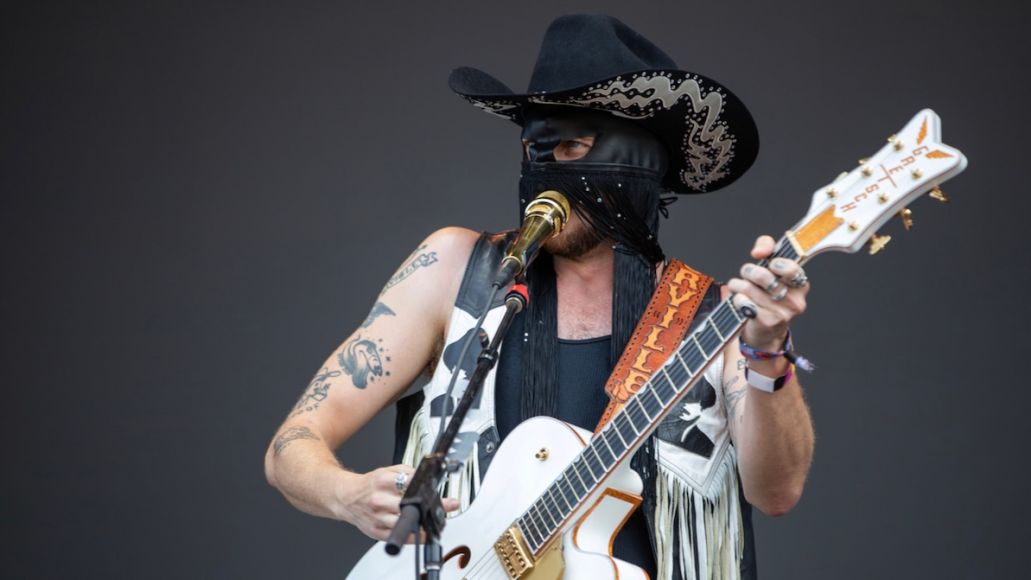 Peck was a vision in black, white, and red, and while hs trademark mask may not meet CDC guidelines, hot damn did it look cool. He swayed with his guitar and slapped the piano like it had insulted his mother, and when he covered Lady Gaga’s “Born This Way,” his deep voice could make your jawbone vibrate. The set ended with a virtuosic whistling display for the dance floor. — Wren Graves 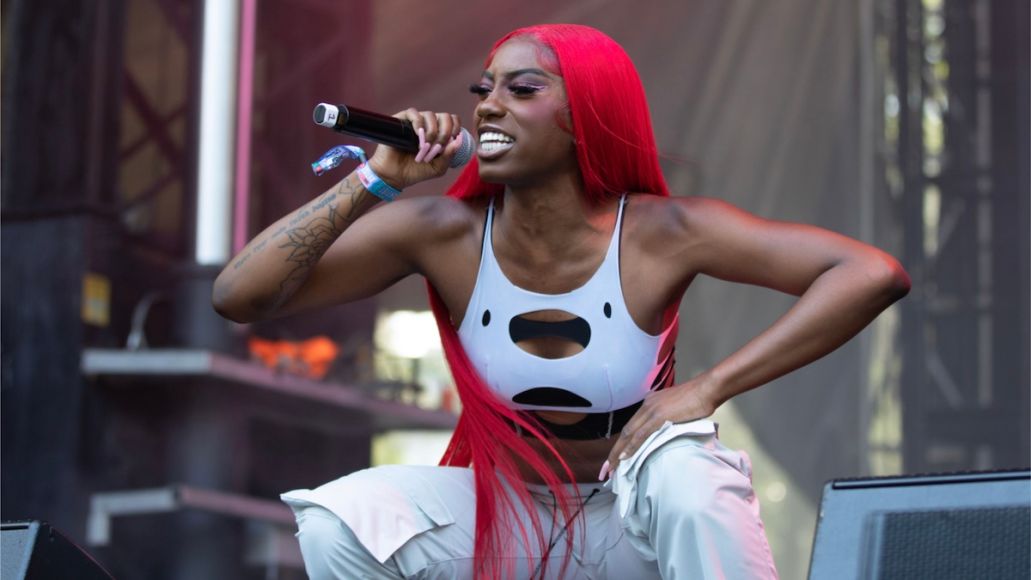 It’s a Lollapalooza tradition: Each year, there’s at least one artist who gets inexplicably booked at a smaller stage than their hype demands. This year, that dubious honor goes to Flo Milli, whose fans jammed the secluded Grubhub stage for the Alabama rapper’s high-energy set. Bolstered by raucous renditions of Tiktok hits “Beef FloMix” and “In the Party” and brassy cuts from 2020 debut Ho Why Is You Here, Flo Milli’s set was easily the best attended of the early shows. It was also the most compact, ending with 30 minutes still left on the clock. — Tyler Clark 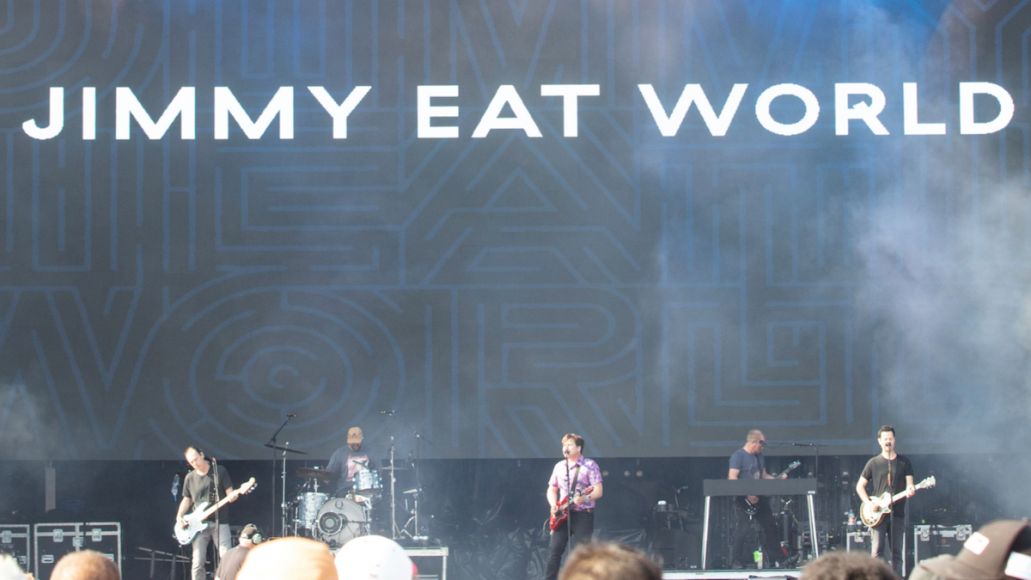 “The last time we played in front of people was December 12, 2019,” said Jimmy Eat World frontman Jim Adkins. “If it’s gonna be weird you might as well lean into weird and play Lollapalooza.” Despite the layoff, the Arizona emo icons showed no signs of rust, plowing through spirited renditions of favorites old (1995’s “Lucky Denver Mint”) and new (2019’s “All the Way (Stay)”). The biggest pops came for songs from 2001’s Bleed American, which turned 20 this week (apologies to all elder millennials who had to read that). By the time they hit the end of closing trio of “A Praise Chorus,” “Sweetness,” and “The Middle,” it didn’t matter if the nostalgia was real or borrowed. —Tyler Clark