The Pitch: Ask any self-respecting millennial music dork which two people he’d like to have dinner with, living or dead, and chances are Rick Rubin and Paul McCartney are somewhere at the top of that list. Luckily, with Hulu’s new six-part docuseries McCartney 3,2,1, we get the closest possible thing, with Rubin and McCartney spending a long afternoon in a recording studio, the former grilling the latter about his history with the Beatles, his collaborations with John Lennon and George Martin, and taking apart some of his most famous tracks to see what they’re made of.

The Notes That Like Each Other: One of the unexpected joys of Zachary Heinzerling’s docuseries is just how relaxed it is. There’s no pressure to use McCartney and Rubin’s time together as a comprehensive chronicle of rock history at the time, at least in the conventional sense: apart from some judicious use of stock footage, the vast majority of the time is spent trapped with Rubin and McCartney in a dimly-lit recording booth, filmed in black and white with borderline noir-ish overhead lighting. But Rubin is hardly a hard-nosed interrogator; instead, he’s deeply curious, laidback, serving up questions to McCartney through that magnificent shock-white beard of his. Legendary producer though he may be, he still looks to McCartney with all the amazement of a little kid, which makes his particular interview approach really endearing.

McCartney, for his part, matches Rubin’s energy, the two toddling away like two colleagues in love with the music they’re discussing. Even at the tender age of 79, he still prattles away like an excited schoolboy, looking back on decades-old songs with all the reverence of his first time hearing them. After all, he’s looking back on early days, when he and his bandmates were just kids in over their head, learning how to be rock stars at the same time as the world pushed them to take that role. “We were writing songs that were memorable not because we wanted them to be remembered,” says McCartney, “but because we had to remember them.” 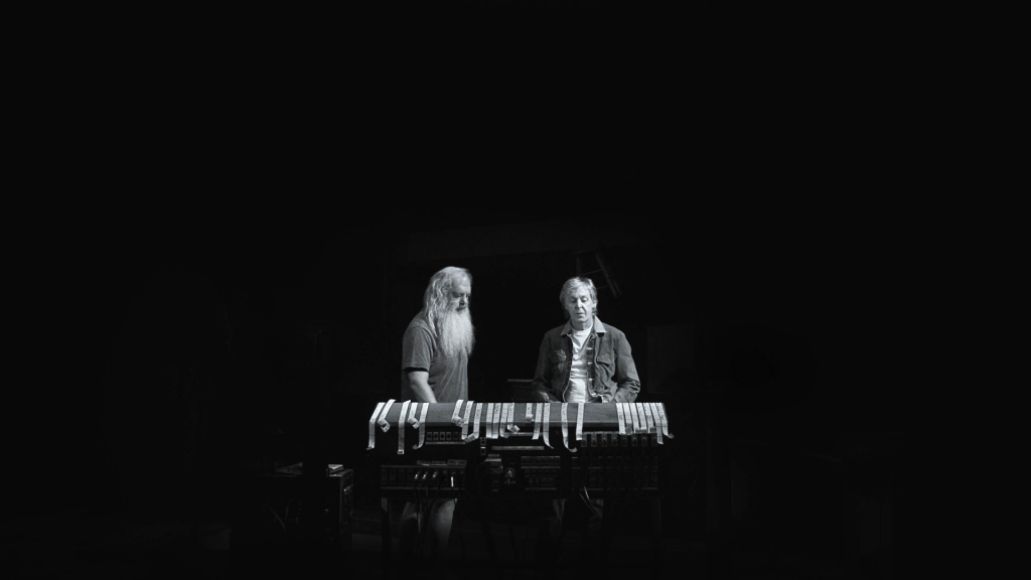 Like Professors in a Laboratory: The songs in question, of course, covers the gamut of McCartney’s career, from the early days of the Beatles through Wings and his solo career. Episodes wade into specific signposts — the story behind “Michelle,” or how Fela Kuti influenced some of the Beatles’ most iconic songs — without feeling like they’re about those subjects. They’re just the long and winding turns the pair’s excitable conversations turn to.

Naturally, this is where Rubin’s expertise as a producer comes in, and McCartney 3,2,1 comes alive with the two noodling around on the mixing board to pick apart Beatles tracks to see how the sausage is made. It’s so chill and intimate, and you get to focus on elements of songs you’ve heard a million times before that you wouldn’t pick up on otherwise — like how the bass line in “Maxwell’s Silver Hammer” deliberately evokes a tuba, or Paul’s “Lucy in the Sky” vocals that, upon closer inspection, sound a little off-key. “This is why we don’t go into the tapes!” McCartney playfully needles Rubin.

The Verdict: Hardcore music nerds won’t gain a heck of a lot of fresh insights from McCartney 3,2,1 — a band as universally adored and studied like The Beatles hardly needs more analysis than it already has. But that almost doesn’t seem to be the point of the docuseries, which is more concerned with putting you in the room with two music legends who adore each other’s work, and a producer who just has to know the stories behind some of his favorite songs from the lips of the master who wrote them.  All six episodes of the docuseries are vibes only — Rubin taking the role of the obsessed, adoring fanboy for an audience clamoring for a decidedly different kind of Q&A. And in that relaxed respect, McCartney 3,2,1 is a grand old time.