The massive anthology spans everything from 1987’s Gluey Porch Treatments to 2017’s A Walk with Love & Death, with the veteran rockers giving select songs the unplugged treatment. Buzz Osborne and company are no slouches when it comes to acoustic music, and “Night Goat” still has that signature Melvins heaviness.

“I think people will be surprised that we can do an acoustic version of a song like ‘Night Goat’ without losing any of the heaviness,” drummer Dale Crover said via a press release. “We also worked hard on the vocal arrangements. People are going to freak out!”

Osborne recently dropped an excellent acoustic album under his King Buzzo alias with Mr. Bungle bassist Trevor Dunn. It appears that the project inspired the Melvins vocalist, who sounds right at home with an acoustic guitar and stripped-down arrangements. His booming voice gains even more presence without the clash of loud amps and cymbals.

“I knew I wanted to do something ridiculously big,” Osborne said. “36 songs reimagined by us acoustically is certainly ridiculous but it works. The magic of the songs is still there regardless of it being acoustic. Since we weren’t touring we had the time to do something of this size. I’m very excited about this record. Dale and [bassist] Steven [McDonald] did a fantastic job on this. I think it’s a very special record. I can’t think of anyone else who’s done something like this.”

The band hit some rarities along the way, including a cover of Redd Kross’ “Charlie” (McDonald’s other band), a cover of a cover (Fred Neil’s version of Harry Nilsson’s “Everybody’s Talking”), renditions of Crover’s solo songs, and collaborations with the Butthole Surfers’ Jeff Pinkus on “Don’t Forget to Breathe” and “Everybody’s Talking.”

Five Legged Dog can be pre-ordered on 2-CD and 4-LP vinyl formats via Ipecac Recordings, or digitally via Amazon.

Stream the Melvins’ acoustic version of “Night Goat” and see the album art and tracklist below. 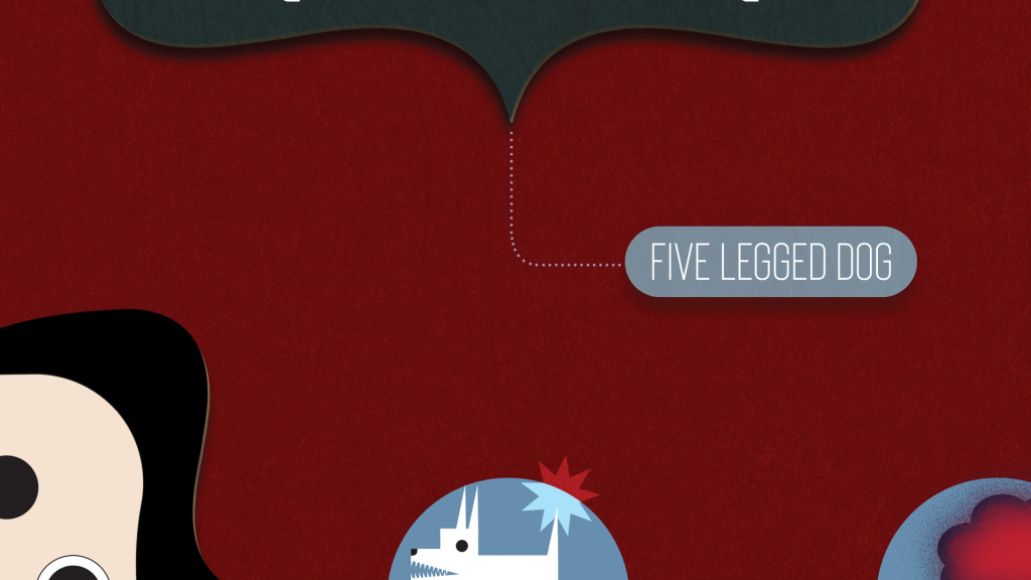