Metallica have unveiled The Black Album Whiskey Pack, the latest release in their Blackened American Whiskey line. The 12 songs from the classic 1991 album were used for the “Black Noise” sonic-enhancement process, literally pummeling the casks with sonic frequencies to extract flavors from the wood.

The new pack includes a bottle of Batch 114 Blackened whiskey — finished to the low hertz frequencies of “The Black Album” — a collectible coin, and a Snakebite cocktail booklet. It’s a dream gift for Metallica fans and at a very modest SRP of $49.99, considering this is high-grade craft whiskey.

I was fortunate enough to have been gifted a pack for this article. Knowing that I certainly couldn’t polish off the whole bottle alone — or shouldn’t, at least — I decided to bust out the whiskey during my weekly heavy metal listening party, to the delight of all in attendance.

Someone suggested we all take a shot of the Blackened Batch 114 right as the drums kick in on “Enter Sandman.” This sounded badass, until it dawned on us that we weren’t drinking some generic well shots at the bar. The packaging, the heavy black coin — this felt like Christmas. “The Black Album” had graced this booze. We decided it was best sipped on and savored.

The taste packs a punch, as it should, with sweet buttery flavors that flourish with a biting finish of maple and chipotle. It was great neat or on the rocks. Needless to say, we gave a big toast to Metallica as we enjoyed the libations.

Master Distiller Rob Dietrich let me in on the secrets of the “Black Noise” sonic-enhancement process that makes Blackened American Whiskey so unique and desirable for Metallica fans. Many wonder how — or if — the sonic enhancement works. Shouldn’t whiskey be kept still, as in distilled? In this case, the stimulation of the barrels by the frequencies actually unleashes more of the flavors in the black brandy casks used during the finishing process.

“The sound waves vigorously shake the barrels, causing greater interaction between the whiskey and the wood, extracting more flavors and color from the finishing barrel,” Dietrich explained via email.

“The Black Album” made an ideal playlist for the process, as well. Considering the return of a prominent bass sound on “The Black Album” following the missing low-end on …And Justice for All, it’s possible that the whiskey actually tastes better because of the songs employed for “Black Noise.”

“’The Black Album’ is the highest selling album of any genre in the last 30 years, with over 17 million copies sold in the U.S. alone,” Dietrich commented. “It was such a turning point in Metallica’s story and an album that I think was many people’s first intro to the band. It’s an important part of their legacy and we wanted to encapsulate it in a unique way, providing Metallica fans and whiskey-enthusiasts alike another way to connect with the band.”

Blackened American Whiskey and The Black Album Whiskey Pack can be found at local retailers and nationwide via the Blackened Whiskey website. The pack is also available via Spirited Gifts. Check out more pics of the whiskey pack below, as well as a unboxing by Metallica bassist Robert Trujillo. 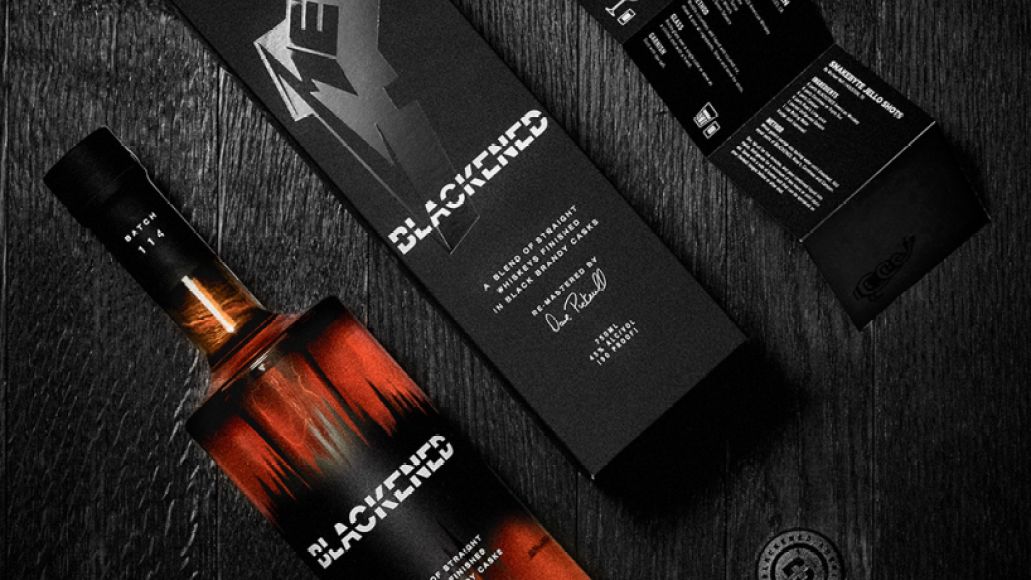 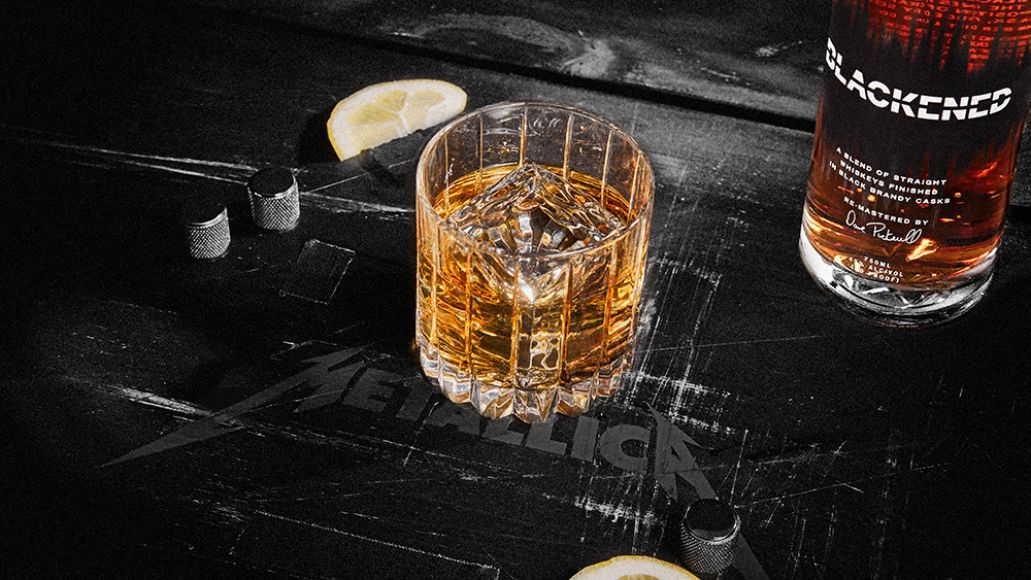