Metallica and Vans have teamed up for new “Sad But True” sneakers to commemorate the 30th anniversary of “The Black Album.”

The shoes will be available as low tops (“Classic Slip-On”) and high tops (“Sk8-Hi”) and each are adorned with Pushead’s iconic twin skulls “Sad But True” design — first seen on the band’s “Black Album” stage banners and the song’s CD single.

The new shoes showcase the facing skulls across the quarter panels of the Sk8-Hi as well as the opposing sides of each Classic Slip-On. Each features a graphic blue shatter design, Metallica heel print, and silver Metallica branding.

The shoes continue Metallica’s partnership with Vans, which includes three previous footwear and apparel collaborations. Metallica also performed at the House of Vans London in 2016.

As the 30th anniversary of “The Black Album” approaches, fans now have multiple ways to celebrate the seminal 1991 LP. For example, the band’s latest batch of Blackened American Whiskey was blasted by sonic frequencies from the album during the finishing process, enhancing the flavors.

The major prize for hardcore fans is the upcoming remastered deluxe edition of “The Black Album,” essentially an archival dump of the era: early demos, live recordings, B-sides, and more. The Blacklisted charity covers comp is also setting up to be a thrilling collection, with artists such as St. Vincent, Miley Cyrus, and Jason Isbell taking on “Black Album” cuts in their own musical style.

Check out pics of the shoes below. 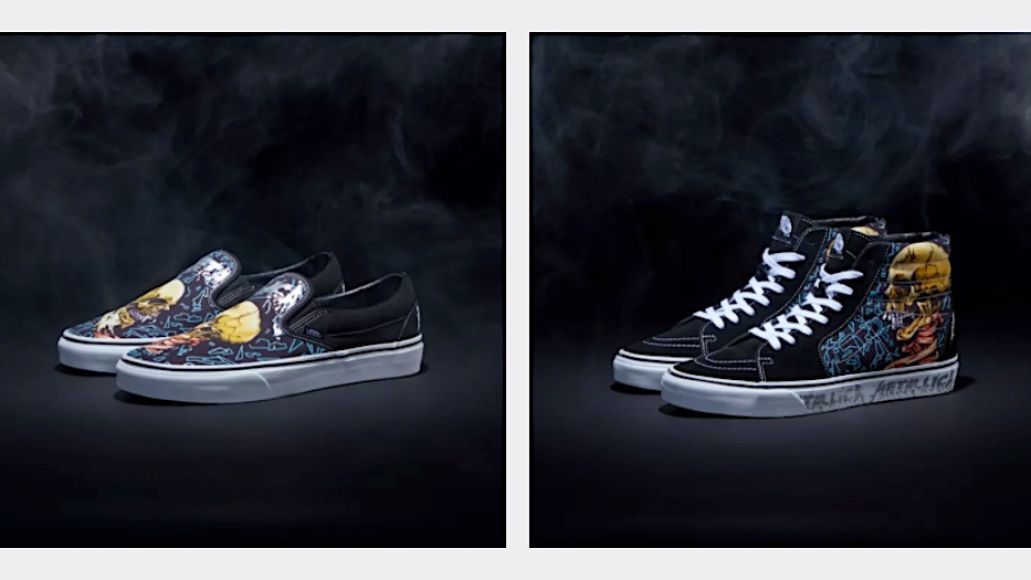