Normani has enlisted Cardi B for her new single, titled “Wild Side.” Watch the Tanu Muino-directed music video, choreographed by Sean Bankhead, below.

“Wild Side” is Normani’s first solo single since 2019’s “Motivation,” which netted the Fifth Harmony member a Platinum plaque. She first teased a snippet of the track on social media back in February.

In a statement, Normani spoke about teaming with Cardi for their first musical collaboration. “I had already been in rehearsal for about three weeks preparing for the video when Cardi heard the record for the first time,” she recalled. “She really showed up for me and brought this record to life by simply doing what Cardi does best. I love
that woman down and I’m forever grateful.”

On her Instagram story, Cardi gushed about the song. “I feel like this is Normani’s big comeback and like, I want you guys to treat it like it’s her birthday,” she told fans. “You guys are gonna see Normani in a different light.”

Since dropping “Motivation,” Normani has teamed with Megan Thee Stallion on “Diamonds” from the Bird of Prey soundtrack and appeared in Cardi and Megan’s “WAP” video.

As for Cardi, the Bronx rapper recently made a splash at the BET Awards by revealing she is pregnant with her second child. In March, she made history by becoming the first female rapper with a certified Diamond single for “Bodak Yellow.” 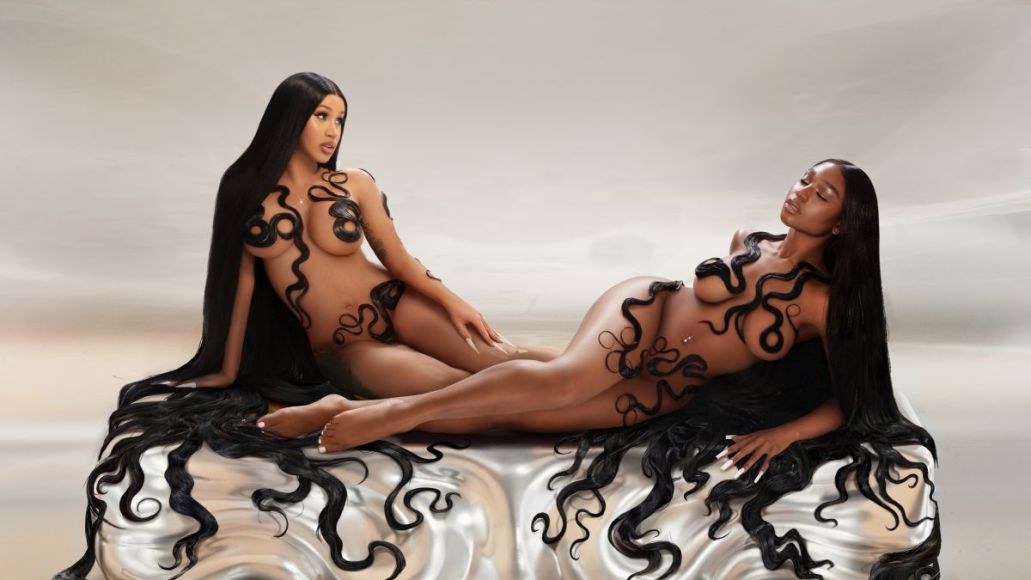 Normani and Cardi B Join Forces on New Song "Wild Side": Stream