Some of music’s biggest names will gather in Central Park next month for a free concert celebrating New York City’s re-opening following the COVID-19 pandemic.

“The Homecoming Concert,” as it’s officially billed, is organized and produced by music mogul Clive Davis in conjunction with Live Nation.

The event goes down Saturday, August 21st at Central Park’s Great Lawn. An audience of 60,000 people is expected, but only individuals who are vaccinated will be allowed in. As mentioned, tickets are free to the general public, although there will be some VIP seating.

“This is going to be one of the greatest Central Park concerts in history,” said New York City mayor Bill de Blasio. “This is something for the ages.”

You can find more details on the event, including ticketing information, via NYC.gov. 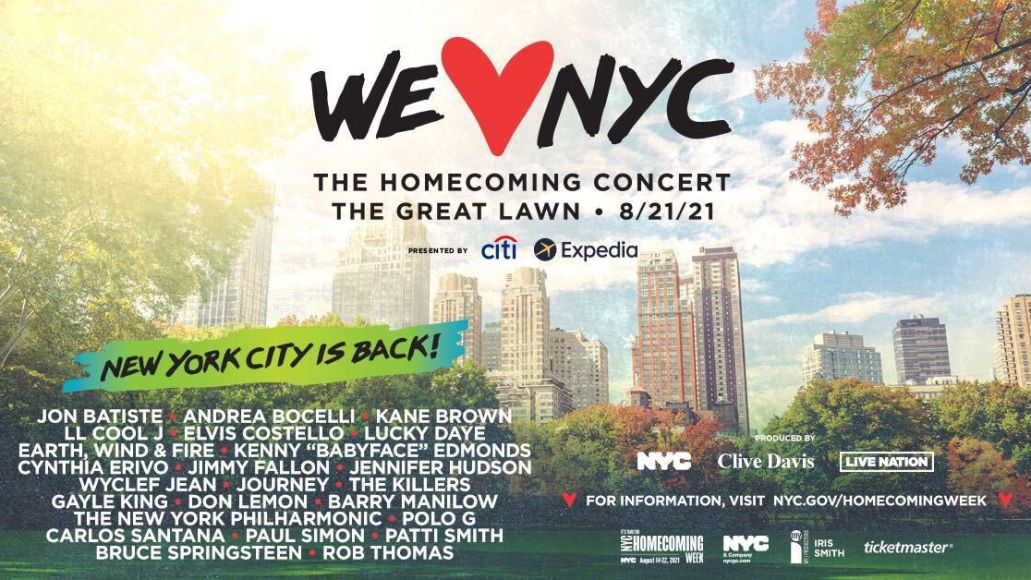