Oasis still isn’t getting back together, but they are giving fans an opportunity to revisit one of their defining concerts. The Britpop icons have announced that their new documentary, Oasis Knebworth 1996, is coming to theaters on Thursday, September 23rd. The film’s release coincides with the 25th anniversary of the band’s legendary two-night performance at Knebworth, which marked the largest outdoor concerts in England’s history at the time.

Directed by Grammy-winning filmmaker Jake Scott and executive produced by both Noel and Liam Gallagher, Oasis Knebworth 1996 promises to be an in-depth documentation Oasis’ Knebworth shows, which remain of one of the most critical milestones in rock history. “Knebworth for me was the Woodstock of the ‘90s,” Liam said in a statement. “It was all about the music and the people. I can’t remember much about it, but I’ll never forget it. It was Biblical.”

According to a press release, “Oasis Knebworth 1996 is the story of the special relationship between Oasis and their fans that made the largest concert of the ‘90’s possible. It is told entirely in the moment through the eyes of the fans who were there, built around extensive, and never before seen archive concert and backstage footage from the event, with additional interviews with the band and concert organizers.”

Tickets for Oasis Knebworth 1996 go on sale August 10th, marking the exact anniversary of the show — thankfully, you won’t have to queue outside a ticket booth overnight like fans did back then. You can get your tickets via the film’s official website, and stay tuned here for a trailer when it drops.

Last year marked the 25th anniversary of Oasis’ landmark sophomore album, (What’s the Story) Morning Glory?, and Liam Gallagher celebrated the occasion by giving a rare performance of the album’s opening track, “Hello”; Noel, on the other hand, still maintains that a reunion isn’t in the cards. Back in October, “Wonderwall” became the first song from the ‘90s to crack one billion streams on Spotify. 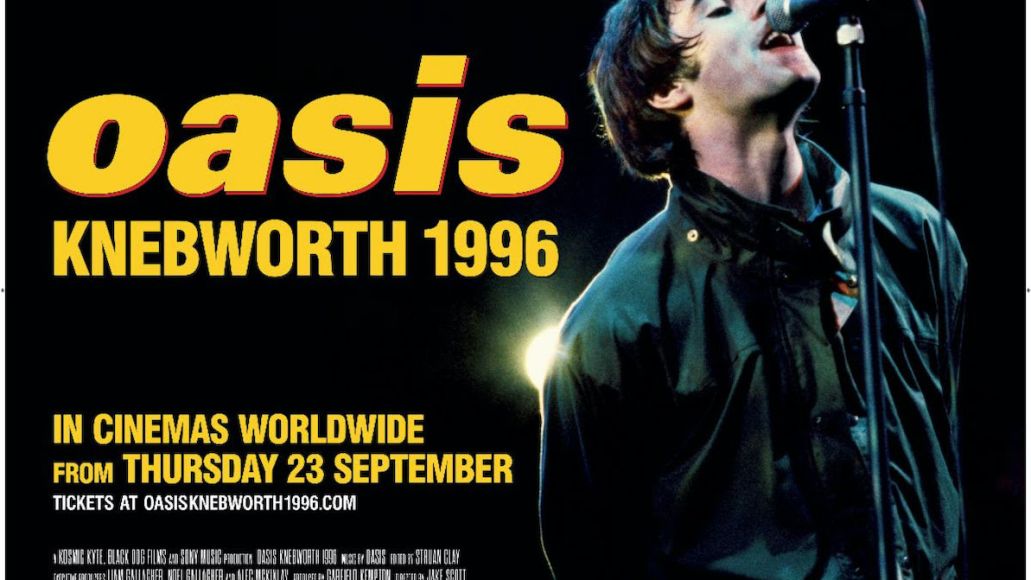