The Pitch: For many families, a tropical vacation involves tiki drinks, overpriced massages, and a few precious days away from it all. But for Guy (Gael García Bernal) and Prisca (Vicky Krieps), and their kids Trent (Nolan River) and Maddox (Alexa Swinton), a peaceful day at the beach turns into a ticking-clock race for their lives.

You see, the secluded beach their helpful resort director has escorted them to is starting to age them rapidly — before long, Trent and Maddox are so old they can be played by Alex Wolff and Thomasin McKenzie now — and they black out every time they try to leave. At the rate they’re aging, most will be dead by the end of the day. Along with their small group of fellow beachgoers (including Rufus Sewell, Ken Leung, Nikki Amuka-Bird, Eliza Scanlen, and others), they’ve got to find a way off the beach before time literally runs out for them.

Time Makes You Bolder: So many of M. Night Shyamalan’s films rest all their odd, twisty appeal on a grabby premise — What if real people could become superheroes? What if nature drove us to kill ourselves? What if a kid could see dead people? The films don’t always work in the conventional sense, but there’s something intriguing about the films (and the filmmaker) that keeps him working long after the 2000s chewed him up and spat him out following a string of commercial and critical failures. And yet, like a game of Whack-A-Mole, the Philly-based scaremonger pops back up every couple of years with a neat new premise and a film that follows his singular, far-from-naturalistic style. And we’re left to wonder whether that style actually works or not.

Based on the graphic novel Sandcastles by Pierre Oscar Levy and Frederik Peeters, Old feels like a Twilight Zone premise tossed through Shyamalan’s particular brand of quirks. There’s the host of A-list actors chewing their way through incredibly clunky dialogue (keep track of how many times characters tell other characters their name and occupation, apropos of nothing), characters talking exhaustively through every possible plan and explanation for their plight, the classic M. Night cameo (as the hotel van driver who escorts them to their doom). We even get some Philadelphia namedrops, in case you missed those! 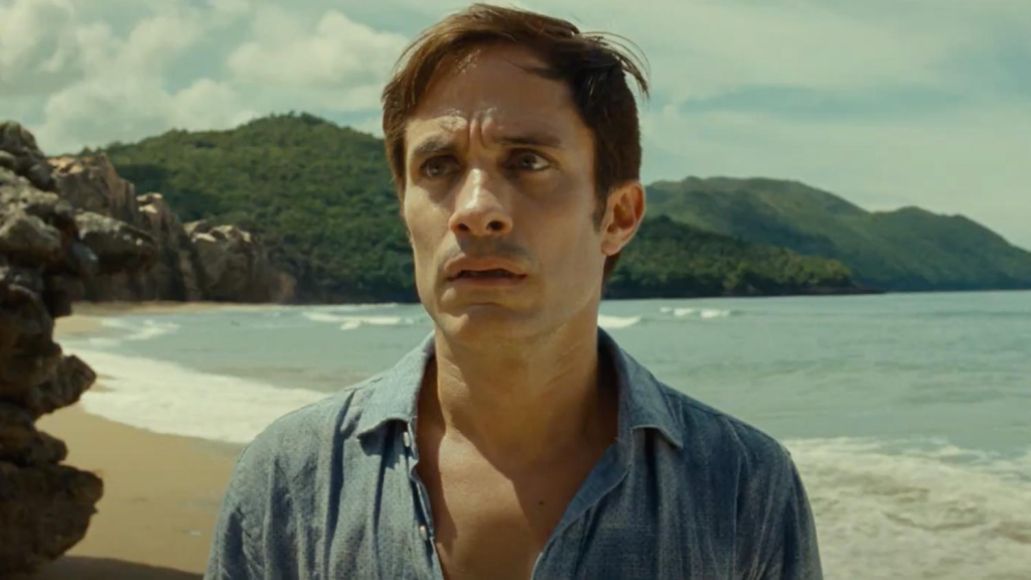 Even Children Get Older: And for its part, Old is a perfect vehicle for Shyamalan’s wheelhouse: high-concept horror that plays with our innate existential fears about death, dying, and the rules upon which we establish our lives. The concept of rapid aging is always a sneaky one to explore, and he finds plenty of macabre ways to do so here. For Guy and Prisca, the beach becomes a means for them to reconcile their marital problems (Prisca is dealing with a mysterious illness, and the two are on the road to separation), recognizing that life is literally too short for them to remain at odds.

Sewell’s blustering doctor quickly becomes the fly in the ointment, too volatile to take charge even as everyone’s lingering medical problems rapidly accelerate. As the day progresses, and people get older and more desperate, Shyamalan treats us to deliciously eerie setpieces like a teen girl going through an entire pregnancy in a half hours’ time, or an emergency tumorectomy fighting a rapidly-closing wound. Characters with calcium deficiencies become mangled masses of broken bones, and we see in practical time-lapse how nasty tetanus can be.

When you’re not paying attention to the talking, there’s a lot to admire about Old‘s eerie craft. Frequent Shyamalan collaborator Michael Gioulakis has a keen eye for the kind of off-kilter compositions Night revels in (I’m obsessed with the way he keeps characters just out of frame to maximize our tension around them), and he makes the beach look gorgeous and ominous in equal measure. And Trevor Gureckis’ quietly menacing score walks a similar fine line between the bizarre beauty of their tropical setting and the trouble our characters encounter in this particular paradise. 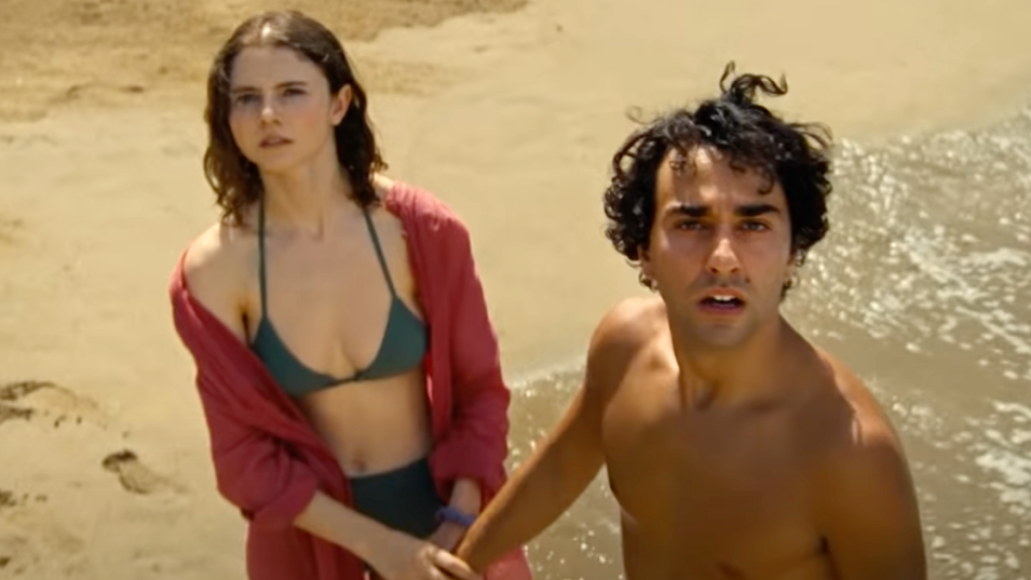 And I’m Getting Older Too: Of course, that requires you to get past (or on board with) Shyamalan’s particularly…. interesting way with words, which is either disastrously inhuman or delightfully campy depending on how you look at it. I lean towards the latter; I refuse to believe the man doesn’t know what he’s doing when he has characters get hung up on which movie starred both Jack Nicholson and Marlon Brando, or the repeated non sequiturs of characters repeating their jobs to each other.

Wolff’s teen-version of Trent protests that he couldn’t have gotten his fellow newly-teen paramour pregnant because “I thought you had to do it, like, ten times or something!” One character is a rapper named, I kid you not, Midsize Sedan. Either you’re on board with how downright stupid the characters and the things they say are, or you’re not. Me? I couldn’t stop cackling.

And then there’s the classic Shyamalan twists, which are fewer and far between in most of his recent work but rear their head with a vengeance here. The eventual reveal of what’s happening to them, why it’s happening, and who might be doing it to them is hardly surprising, and the eventual resolution is more than a little hokey. But whether it works or not, the formal audacity of its final act is something to be admired, at least in theory (especially as it gives some space to Emun Elliott and Embeth Davidtz, who carry Old in its final minutes).

The Verdict: Old, for its part, is quintessential Shyamalan of The Happening mold, a slick, amped-up B movie that hardly ever gives away that it’s in on the joke. That’s a challenge for a lot of viewers not on Shyamalan’s particular wavelength; taken as a straightforward thriller, it’s straight up bad. But if you vibe with the erstwhile camp appeal of its deeply stock cast of characters, you can get through the rest of Old to enjoy the eerie body-horror implications of its premise and the delicious horror-thriller craft of its second half. (Just stop yourself from rolling your eyes at the quintessential end-of-film Shyamalan twists.)

Where’s It Playing? Old tells you its name and occupation before it heads to a rapidly accelerating death in theaters July 23rd.