Due to overwhelming demand, the encore weekend will of course include headlining sets by Pearl Jam on both Friday and Saturday nights. It marks the band’s only additional concert dates for 2021, and perhaps their only gigs for a while considering Pearl Jam’s own Jeff Ament isn’t comfortable playing indoor shows or “checking vaccination cards” for fans just yet.

The bill for Friday, October 1st includes Beck, Lord Huron, and White Reaper in the upper ranks. Performing earlier in the day will also be Pluralone, Amythyst Kiah, St. Panther, and Vanillaroma.

As for Saturday, October 2nd, that lineup is stacked with Brandi Carlile, Sleater-Kinney, and Margo Price. Also listed on the bill are ZZ Ward, NHC (Navarro Hawkins Chaney), Joe Wong and Nite Creatures, and Naked Giants.

Tickets to Ohana Encore Festival 2021 go on sale Friday, July 23rd at 10:00 a.m. PST through the festival’s website. A portion of the proceeds from Ohana will benefit the San Onofre Parks Foundation and the Doheny State Beach Foundation.

AS for weekend one, while it is sold out, you are able to purchase here via Stubhub. 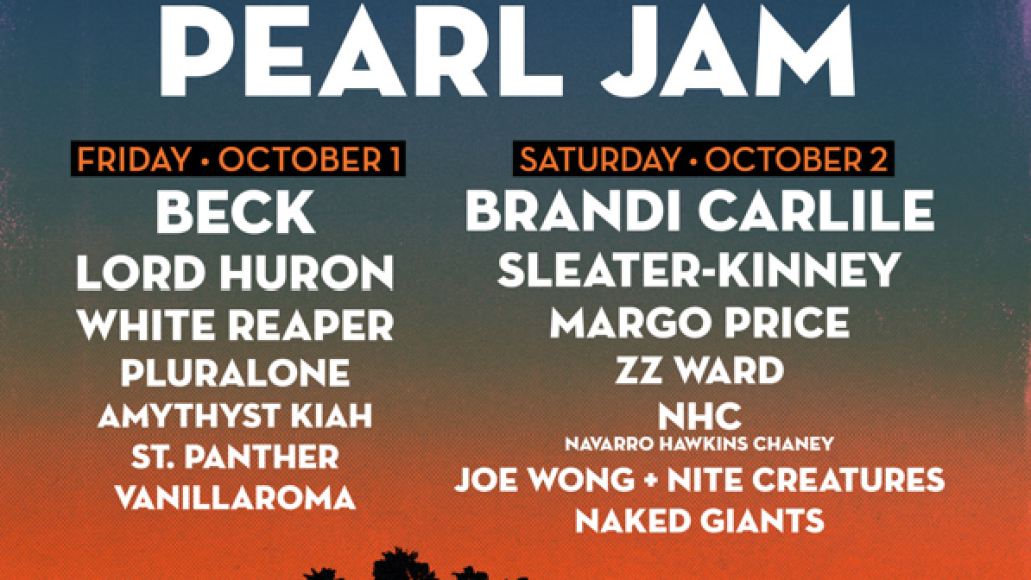