For years, Ronnie James Dio fans have been patiently waiting for an autobiography that he had begun work on prior to his passing in 2010 from stomach cancer. Now, we have finally received Rainbow in the Dark: The Autobiography.

First off, readers should know that the idea behind the book was to recount the story of the legendary metal vocalist (real name: Ronald James Padavona) from birth up until his fulfillment of a lifelong career dream, when Dio headlined Madison Square Garden in 1986 (as the leader of his eponymous band). The book was not completed before Dio’s passing, but with the help of his wife/manager, Wendy Dio, and respected rock journalist Mick Wall, the missing bits have been filled in commendably.

As a reader of many rock autobiographies over the years, I must admit that I tend to skim through the “growing up years,” as they usually fail to hold my interest as much as when the subject focuses on the music careers. But in the case of Rainbow in the Dark, there are quite a few early stories that prove charming, and at times, funny. The former being how one day a 6-year-old Ronnie was looking forward to playing baseball with his neighborhood buddies … until he was instructed by his father that he was to select a musical instrument (which would take the place of his favorite pastime) — resulting in learning the not-so-rock ‘n’ roll trumpet. And the latter, a story of a slightly older — but not yet of driving age — Ronnie having his fellow underage friend try and wiggle his parents’ car out of his garage in reverse, resulting in a fiasco that sounds straight out of a Happy Days episode (including not only damaging the car, but also the side of a neighbor’s house!).

But admittedly, the real meat and potatoes of the book — and what will be of the most interest to his fans — is Dio’s musical career, specifically his time with Elf, Rainbow, Black Sabbath, and Dio. Featured is a story about how Ronnie and his bandmates in Elf endured a horrific auto accident that killed a band member and seriously injured all the other members, including Ronnie, who endured serious head trauma, which resulted in over 50 stitches to have his scalp put back into place.

As expected, the highs and lows of his careers with Rainbow and Sabbath are also chronicled. We learn how his Rainbow bandmate Ritchie Blackmore grew increasingly more difficult to work with; we get the real story concerning rumors about Sabbath’s Live Evil album, which resulted in the singer’s exit; and we find out intriguing details on the formation and rise of Ronnie’s successful solo band, Dio.

Also contained within are great photos from Dio’s life — from birth up until the late ‘80s (both in color and black and white). Rainbow in the Dark: The Autobiography is certainly required reading for Dio fans, and both Wendy Dio and Mick Wall should be commended for helping finish the book that, sadly, the man himself did not live long enough to complete.

Pick up Rainbow in the Dark: The Autobiography via Amazon, and learn about the Ronnie James Dio Stand Up and Shout Cancer Fund here. 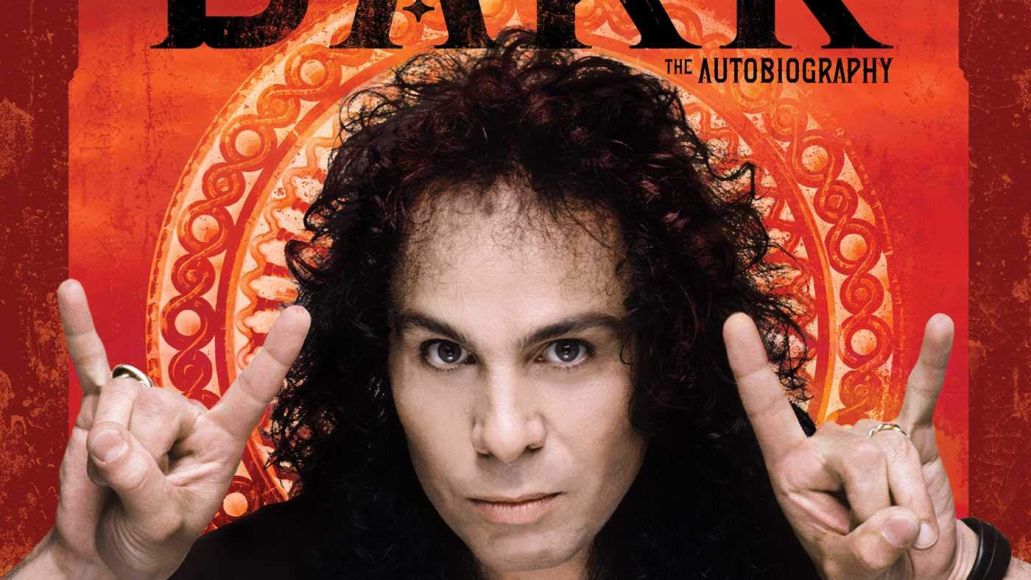