Sabaton have unleashed their cover of Manowar’s “Kingdom Come” as a standalone single. The track is finally receiving a proper release on digital platforms and vinyl after frequent fan requests.

A concert staple and fan favorite, “Kingdom Come” is Sabaton’s salute to their power-metal forebearers, Manowar. Both bands share musical and aesthetic similarities, as well as a fascination with war and military history. Sabaton update the track with heavier, modern production while retaining the original spirit of the song.

“Our fans have spoken,” Sabaton bassist Pär Sundtröm said. “You requested the release of this song everywhere, so this is for all of you. This recording was meant to be a tribute to Manowar and a collaboration with a video game bearing the same name when we recorded it a few years ago. We are happy to see that you appreciate the song so much, and we have paid attention to your wishes and requests. You asked for it, you got it.”

The single is accompanied by the B-side “Metal Trilogy” — a medley of Sabaton’s three metal-themed tracks: “Metal Ripper,” “Metal Crue,” and “Metal Machine.” An early pre-order for the vinyl release of the “Kingdom Come”/“Metal Trilogy” single immediately sold out, but both tracks are also available on streaming platforms.

The cover of “Kingdom Come” originates from a project with Czech Republic video game developer Warhorse Studios, which produced a music video for the track years ago. It was also included on a 2016 magazine compilation CD, but it remained somewhat inaccessible for curious parties that didn’t want to download the track illegally or listen to a CD rip.

The “Kingdom Come” cover is a solid pre-gamer for Sabaton’s upcoming support slot on Judas Priest’s North American tour. The outing kicks off September 8th in Reading, Pennsylvania, and runs through a November 5th date in Hamilton, Ontario. Get tickets via Ticketmaster and StubHub.

You can access Sabaton’s cover of Manowar’s “Kingdom Come” via digital platforms here. Stream the lyric video and see the single’s artwork below. 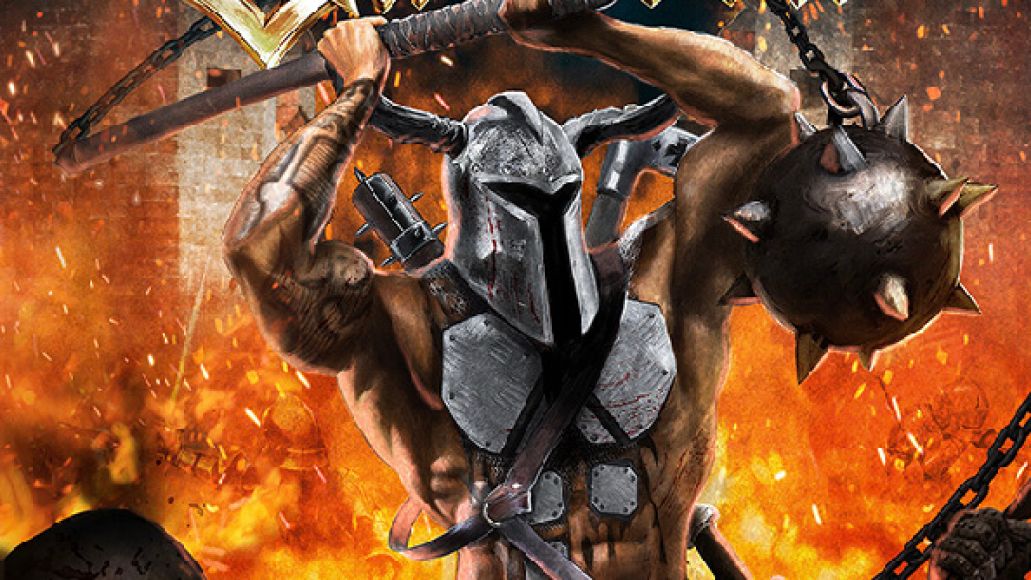