Saint Etienne have returned to announce their first new album in four years, I’ve Been Trying to Tell You. It drops September 10th, and as a preview the UK trio have shared the lead single “Pond House.”

Saint Etienne’s 10th album will be their first studio set since the 2017 Dive EP, and their first full-length since Home Counties that same year. For I’ve Been Trying to Tell You, the veteran dance outfit collaborated with film and TV composer Gus Bousfield, who contributed two tracks to the project.

The project was recorded remotely in the UK, with Pete Wiggs in Hove, Sarah Cracknell in Oxford, and Bob Stanley in Bradford. As for inspiration, the group has drawn from the latter half of the 1990s, when left-leaning political parties in the US and UK took over after long conservative runs, only for the movement to bog down in post-9/11 nationalism. “To me it’s about optimism, and the late nineties,” Stanley said in a statement, “and how memory is an unreliable narrator.”

Vocalist Cracknell added, “It’s the first sample driven album we’ve made since So Tough and it’s been a really refreshing experience, such fun! It’s both dreamy and atmospheric, late summer sounds.” Wiggs said, “We’ve really pulled apart and dived deep into the samples; the concept and each of our interpretations of it have made this a very special sounding album, we hope you think so too.”

New song “Pond House” features two different streams of synths, with foreground pulses and gentle waves lapping at the background. The words, “Here it comes again,” repeat over and over again, hinting at the cyclical nature of time.

The track comes with a music video featuring imagery from the latest Saint Etienne film, which is also titled I’ve Been Trying to Tell You. The movie will run as part of a weekend bill, The Films Of Saint Etienne, at BFI Southbank between the 3rd and 5th of September. Check out “Pond House” below, and scroll onwards for the album artwork and tracklist.

I’ve Been Trying to Tell You arrives September 10th through Heavenly Recordings, and pre-orders are ongoing.

I’ve Been Trying to Tell You Artwork: 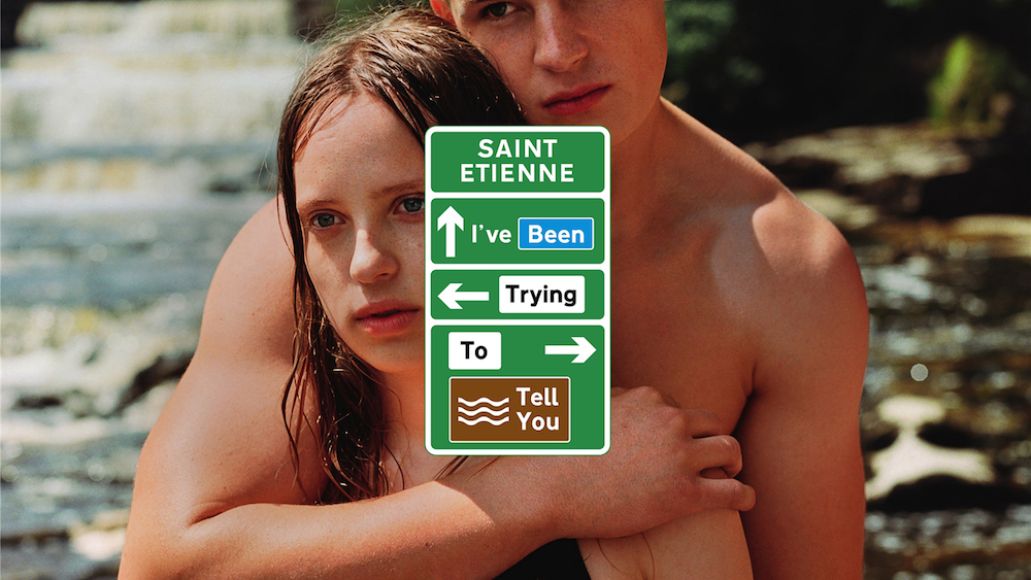