Sebastian Bach has announced a fall 2021 US tour celebrating the 30th anniversary of his former band Skid Row’s second album, Slave to the Grind. The shows will include a full-album performance of the 1991 LP.

In a Facebook post, Bach shared a statement on the making of Slave to the Grind and its legacy. Despite being released at the tail end of the glam-metal era, Skid Row persevered by unleashing a crushing, uncompromising metal album that showcased a harder edge and socially conscious lyrics.

“30 years ago in the year 1991 we released our second record entitled Slave to the Grind,” the statement read. “This album was a collaborative effort between the band members written in our basements and rehearsal rooms in New Jersey shortly after we got off the road for the first record. We had an incredible time coming up with the songs in New Jersey and then bringing in our producer Michael Wagener to help out before we took the whole band and crew down to Gloria Estefan’s New River studios in Fort Lauderdale, Florida. We all lived there recording the record and the stories I could tell.”

He continued, “I look forward to playing Slave to the Grind in its entirety in the USA this fall for the 30th Anniversary and for the first time offer a look behind the scenes into the creation of the album cover artwork. Looking forward to seeing you all on the road in 2021.”

Sebastian Bach: Supporting President Trump Is a Stance Against Every Out-of-Work Musician in America

The outing kicks off on September 25th in Waterloo, New York, and runs through a December 17th date in San Diego. Detroit’s Kaleido are set to support the trek.

Get tickets to Sebastian Bach’s Slave to the Grind 30th anniversary tour via Ticketmaster. See the full list of dates and the tour poster below. 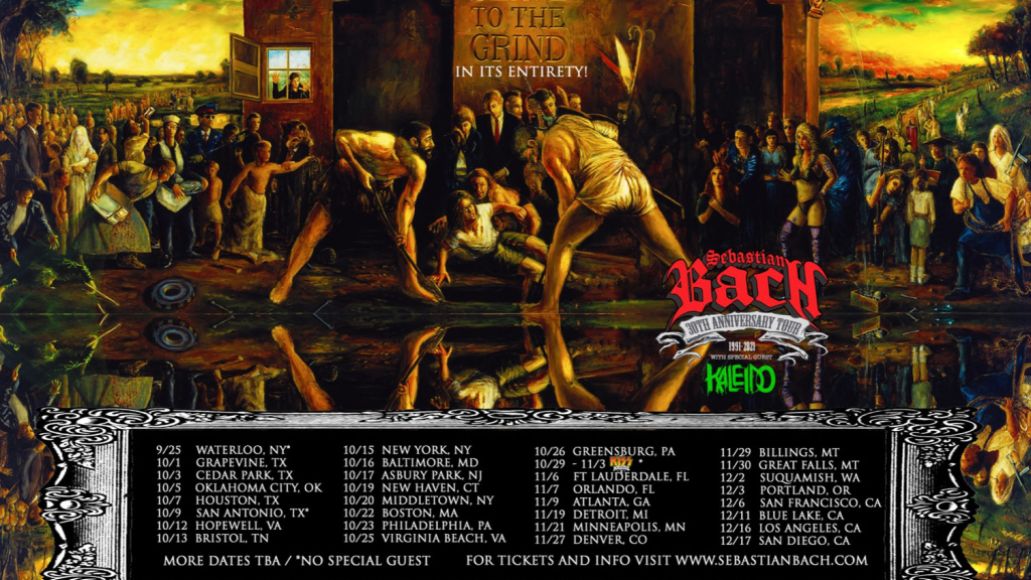