A good chunk of the bill makes up the same lineup that comprises the five-week “Knotfest Roadshow” tour, which features Slipknot headlining and support from Killswitch Engage, Fever 333, and Code Orange. That trek runs from September 28th through November 2nd, and will be preceded on September 25th by the previously announced Knotfest Iowa festival (boasting Slipknot, Faith No More, Megadeth, Lamb of God, Gojira, and more).

Knotfest Los Angeles will be a family affair for Slipknot singer Corey Taylor, as the band Vended is fronted by his son, Griffin, and Cherry Bombs are a dance troupe headed up by his wife, Alicia Dove.

The festival is being described as “A Mind-Altering Collision of Music, Art and Culture,” and will allow fans to sample Slipknot’s small batch Iowa whiskies at the No.9 Whiskey Bar, as well as a number of metal-themed craft beers.

Slipknot have also announced that three planned Latin American editions of Knotfest (Brazil, Colombia, and Chile) have been postponed until 2022 due to ongoing pandemic concerns in those countries. 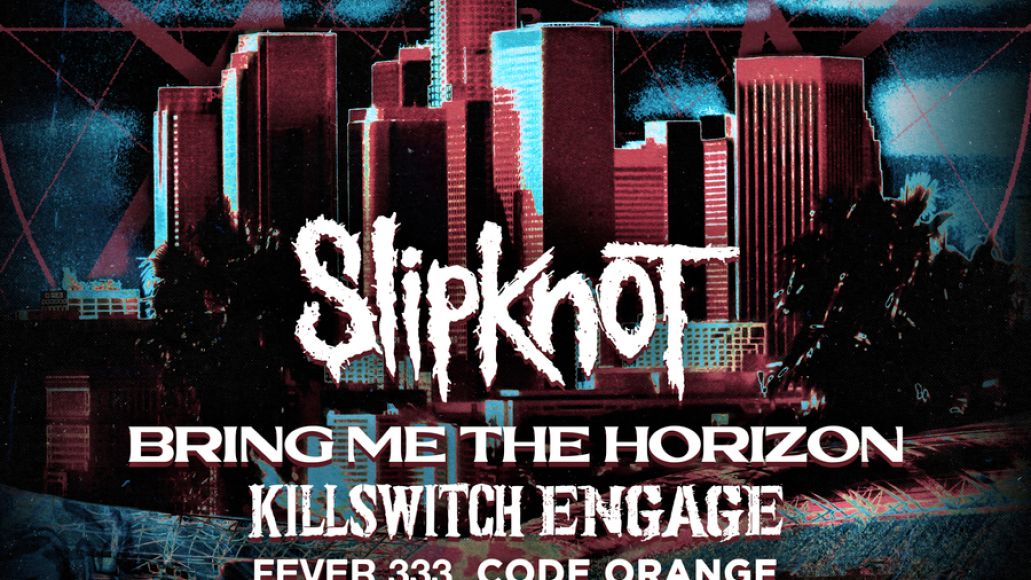