The Pitch: As season 2 of Ted Lasso kicks off, AFC Richmond is picking itself back up after being demoted out of the Premier League at the end of season 1. Like so many setbacks, it’s one that mustachioed coach/manager/human Chicken Soup for the Soul book Ted Lasso (Jason Sudeikis) is all in on overcoming, leading the team to a long streak of ties (a rather unsatisfying way to be undefeated).

Still, despite their struggles to climb out of mediocrity, Ted’s unfailing optimism remains undeterred — in fact, his warmth has rippled out onto those around him. Team owner Rebecca (Hannah Waddingham), finally letting go her beastly ex-husband Rupert, is looking for love in a nice, unassuming, age-appropriate man; retired footballer Roy Kent (Brett Goldstein) is settling into post-match life with Keeley (Juno Temple), who urges him to transition to a punditry job on Sky Sports; Nathan (Nick Mohammed) is coming into his own as a valued member of the coaching team.

But when star player Dani Rojas (Cristo Fernández) enters an existential crisis after accidentally killing Richmond’s beloved mascot during a poorly-timed kick, the team chooses to bring in the one kind of person Ted might be nervous around: a psychologist, specifically no-nonsense sports psychologist Dr. Sharon Fieldstone (Sarah Niles). And so, a dent in the mighty Lasso facade opens up: Will he be able to overcome it, and lead the team back to Premier League glory?

Charm Offensive: It’s hard to overstate just how enormous an impact Ted Lasso has had not just on Apple TV+’s prospects as a streaming service, but on pop culture as a whole. In a year where so many of us struggled to find moments of lightness and uncomplicated aspiration (seeing as our worlds, for many, ended at our doorstep), something about Bill Lawrence’s lighthearted sports comedy proved as disarming to us as Ted eventually does to his skeptical British hosts. So much of its appeal lies in its essential good-naturedness — that belief that good people model goodness for each other, and that selflessness and community thinking can make everyone feel, work, and live better. 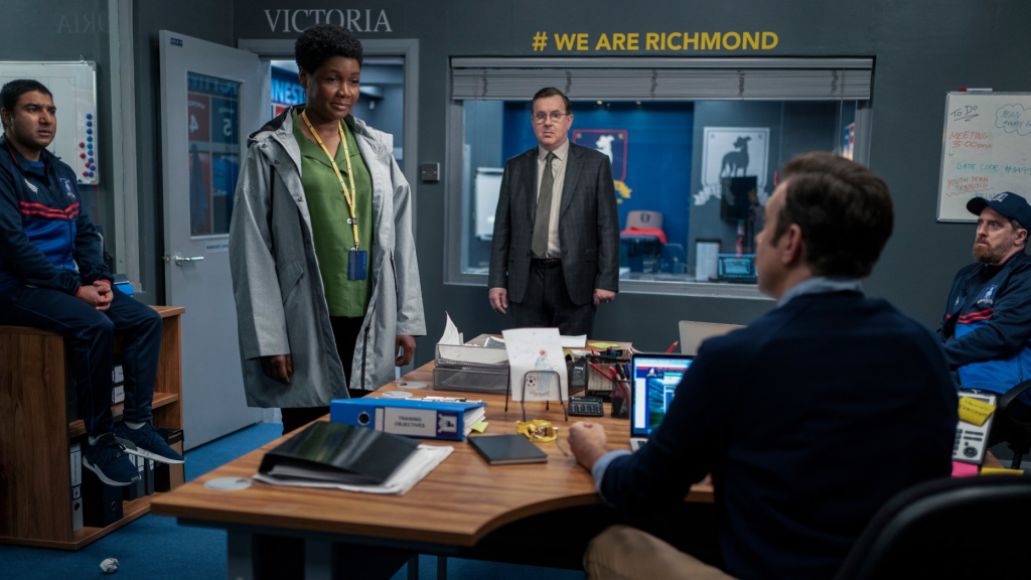 It’s tempting to write off such a show as deeply corny, or unrealistic, or (all too often) borne of a kind of cloying naïveté about the way the world works. Ted Lasso manages to elide those concerns, mostly by pairing its warmth with an actual sense of conflict that pits its characters against real, relatable problems. While Ted spends the first season getting pretty much everyone on his good side — even Trent Crimm, The Independent! — he’s got plenty of demons of his own to deal with. He’s still getting back on his feet after letting his long-suffering wife go, and he still has plenty of issues to work out around his panic attacks. Plus, not every problem can be fixed with a cheeky smile and a Midwestern homily; he might just have to dig into some deep, dark places to get Richmond back where it should be.

Sudeikis slides back into the mustache and button-down/sweater combo of Ted with as much bright-eyed joy and unexpected vulnerability as last season, even as we see season 2 starting to throw up some more roadblocks for him. Dr. Sharon’s unwillingness to succumb to the typical Lasso charm (she doesn’t even like his homemade biscuits!) is an unexpected hurdle for him to climb — compounded by the fact that he’s a little nervous around therapists in the wake of the disastrous couples’ therapy he had with his now ex-wife. One wonders what kind of understanding they might reach as the season continues, and (hopefully) what breakthroughs she can offer ol’ Ted.

Football is Life: If the season premiere, “Goodbye, Earl” (I know), is any indicator, Ted Lasso is hitting its sophomore season with a stride born of confidence in its own appeal. Everyone’s settled into a warm equilibrium, to be sure, and Lawrence et al. understand the chief appeal of the show is in spending time with these characters regardless of context. Higgins (Jeremy Swift) is here with his giddy enthusiasm, Coach Beard (Brendan Hunt) proves Ted’s capable right-hand mand and closest confidante, and Toheeb Jimoh’s effervescent Sam Obisanya remains the beating heart of the Richmond team.

The show could easily get by just giving this cast some time to good-naturedly rib each other in the locker room, and Ted Lasso would still be a joy to watch. (The Magnolia references alone are enough to bust a gut, right down to the well-timed “Wise Up” needle drop late in the episode.) 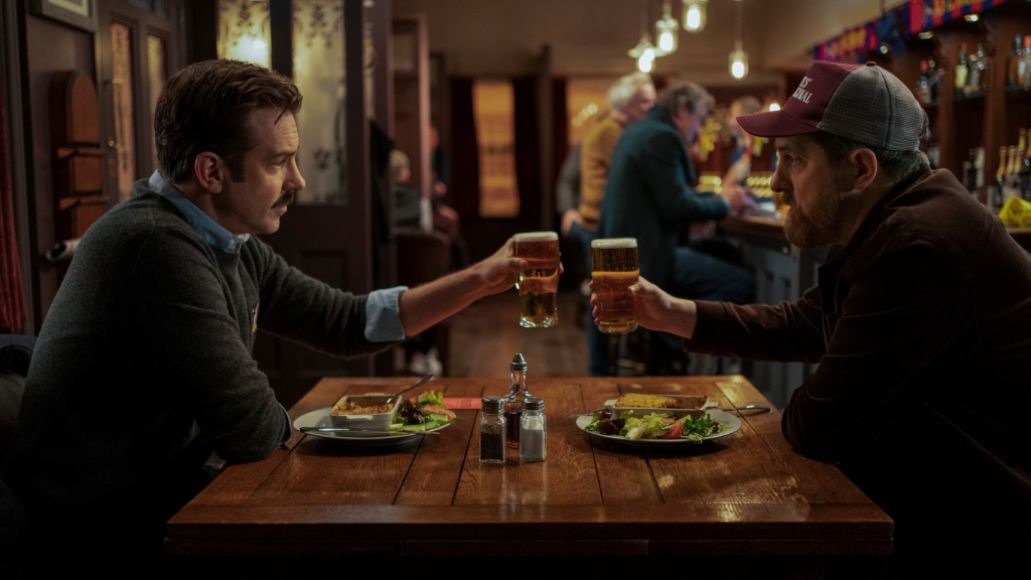 But as the undercurrent of the episode suggests, life (and Lasso) is about more than coasting on warm fuzzy feelings. It’s an ultimately aspirational show for all its characters, an object lesson in striving to be your best and not settling for “good enough” — and caring about those around you enough to help them achieve their goals. “You deserve someone who makes you feel like you’ve been struck by fucking lightning,” Roy tells Hannah after meeting her pleasant, but mediocre paramour on a double date.

Like so many Lasso acolytes from the first season, Roy seems determined to pay Ted’s kindness forward, and it’ll be interesting to see where he takes his post-football career in the wake of Ted’s lessons. (As the closing minutes of episode 1 indicate, we haven’t seen the last of devilishly-handsome twat Jamie Tartt (Phil Dunster) either.)

The Verdict: While embargoes prevent me from elaborating on future episodes of the season (this review only covers the premiere), Ted Lasso season 2 is dead-set on continuing its long, aggressive campaign to warm the hearts of Apple TV+ subscribers on both sides of the pond. So far, it seems game to tackle the greatest challenge of the show’s momentum head-on: what conflicts do you write for a set of characters that already figured out ways to love, care for, and support each other?

Luckily, the characters are as sharp and richly detailed as ever, and it’s throwing some much-needed wrenches in the works without sacrificing that essential goodness that makes the show resonate for so many. Now that the characters and the setting have fully gelled, we’re in for a fist-pumping, heartwarming season 2.

Where’s It Playing? Ted Lasso saunters onto the pitch (and your Apple TV box) to warm your cold, dead heart once again weekly starting July 23rd.