The Pitch: Come, and let me tell ye of an adventure brave and bold.

Gawain (the dashing Dev Patel) is the headstrong nephew of King Arthur (Sean Harris, whose name, nor the name of his infamous sword, is never explicitly uttered), long denied a seat at the round table for his lack of ambition — and, implicitly, his mother being the witch Morgan La Fey (Sarita Choudhury). He wants to be a knight, but he’s not quite yet: when we meet him, he’s an impetuous child who spends all his time frolicking at the brothel with the comely Essel (Alicia Vikander), who dreams of being his “lady.” (Gawain, Arthurian fuckboi that he is, shirks that particular commitment.)

But fortunes change when a mysterious green knight (Ralph Ineson, with a voice like crackling wood), rolls into Camelot one Christmas Day with a challenge: any knight who wishes can lay one blow on him, provided he be allowed to return the same blow to them one year hence. Gawain, seeing his chance to prove himself as a hero, volunteers and lops the knight’s head clean off — a head that the knight promptly picks back up before riding back into the night.

Now, one year has passed, and Gawain has wrestled with both the notoriety of his deed and the dark fate that awaits him. Resolved to meet his challenge, he sets out with little but his horse, his wits, and a magical girdle his mother has gifted him to ride out to the Green Chapel, where the Green Knight lies in wait. Along the way, his mettle, morality, and convictions will be tested by foes both natural and supernatural. 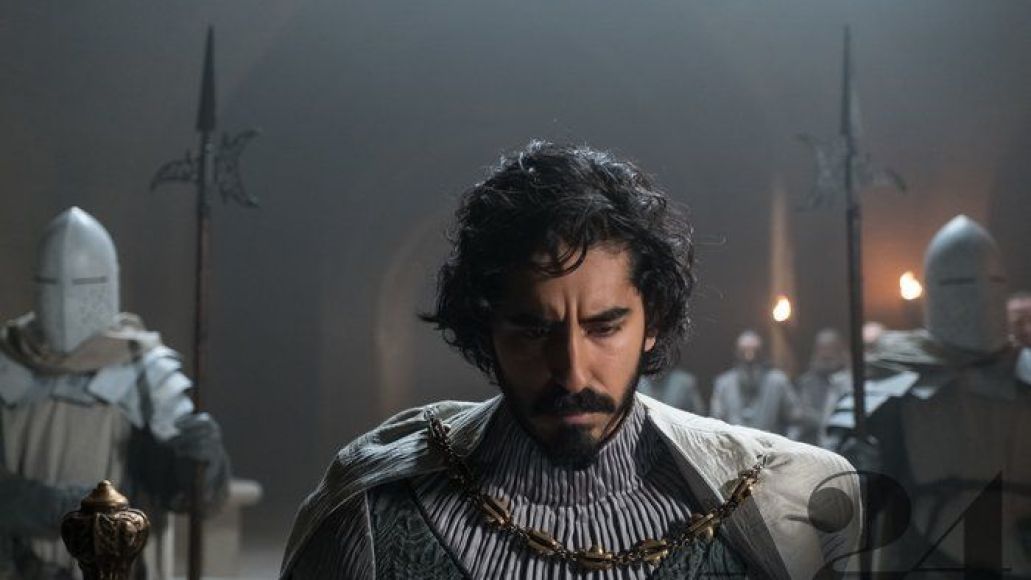 A Filmed Adaptation of Chivalric Romance by Anonymous: It’s been a good long time since the heyday of the sword and sorcery movies of the 1970s and 1980s; the last real attempt we had was Guy Ritchie’s King Arthur: Legend of the Sword, which tried to meld Arthurian legend with modernized, amped-up laddiness. David Lowery’s The Green Knight is a whole different beast, something that feels both exceedingly of our time (and studio; the A24 aesthetic is all over it) and deeply ancient.

Hewing closely to the 2,500-line 14th-century epic poem on which it’s based, The Green Knight is less a rollicking medieval adventure than it is a mournful study of man’s movement through the world — his relationship to nature, to love, and to himself. Chivalric tales of this type weren’t just power fantasies for audiences of old, but morality plays in which the Old Ways (paganism, man’s deep connection to nature) clashed with the new (Christianity, the budding rise of civilization in the Middle Ages).

Lowery’s Arthurian world is one of rot and decay, of nature reclaiming itself from the designs of man — grass grows up through stone in fast-motion, a bound Gawain imagines himself a fleshless corpse. Everywhere he turns, the knightly principles he aspires to fail him in a world filled with temptation, greed, and otherwordly forces that are mightier than God-given quests.

Lowery certainly leans into the dark-fantasy trappings of the original story, while crystallizing it into its own unique beast courtesy of Andrew Droz Palermo’s mesmerizing, airy cinematography. The look is an intersection between the playful existentialism of Bergman’s The Seventh Seal, the Arthurian majesty of Boorman’s Excalibur, and a heaping helping of the muddy Gothic hues of The VVitch (complete with VVitch alums Ineson and Kate Dickie).

Malgosia Turzanska’s costumes thread the needle between high fantasy and grungy realism, set against Jade Healy’s muddy, evocative production design. The score, a haunting mix of clattering tones and ancient song courtesy of longtime Lowery collaborator Daniel Hart, fills the air with the sense that this world is bigger and more mysterious than we can possibly ken. 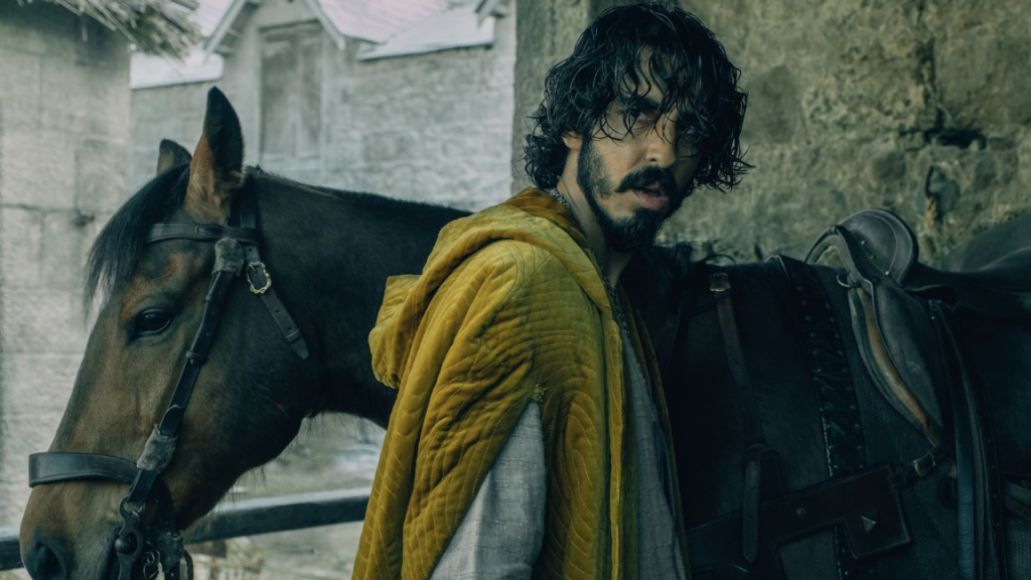 Why Greatness? Why Is Goodness Not Enough? In the middle of all this is Patel, giving one of the most invigorating performances of his career as a Gawain both deeply flawed and aspiring for greater for himself. He’s a boy striving to become a man, seeing his chance for glory in the Green Knight’s challenge but flinching at the consequences.

The Internet (and a media-savvy A24) have played up Patel’s drop-dead sexiness, and they’re right to: Lowery’s camera definitely appreciates the way Patel fills out a tunic. (If you’re worried about movies becoming too puritanical nowadays, watch this on the big screen. It may be one of the only movies of the 21st century to depict post-nut clarity.)

But more than that, Patel’s Gawain feels like a chivalric Arthurian hero as written by Paul Schrader: flawed, deeply naive, and filled with an internal turmoil that befits his impossible situation. The film’s many chapters (illustrated by stylized intertitles that fill in the “Sir Gawain and…” prompt with which it opens) serve him one test after another to test his spiritual mettle. In one, he pays insufficient gratitude to a passing peasant (Barry Keoghan, manic and unsettling as always) who preys upon his doe-eyed innocence. In another, he’s tempted into betraying his courtly virtues by a lady (also Vikander) who promises untold pleasures while her lord (a sly, winking Joel Edgerton) goes hunting for the day. 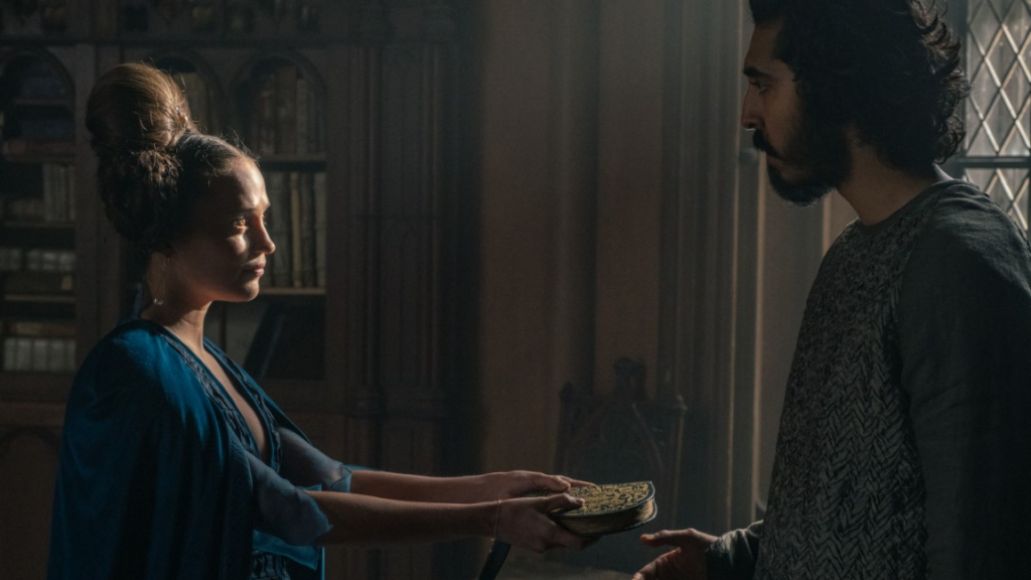 In all of this, Gawain wrestles with his own insignificance, being so close to knighthood and greatness yet potentially undone by his own hubris and irresponsibility. He’s Antonius Block without the chess skills, a knight confused about the world but not yet willing to accept his inevitable demise. It’s a beautiful turn, Patel filling Gawain with a wide-eyed vulnerability that’s barely masked by knightly confidence.

The Verdict: The Green Knight has taken its own long, perilous journey to get to movie screens: after initial plans for the film to premiere at SXSW 2020 were kiboshed due to the COVID-19 pandemic, Lowery spent months re-editing the film to get it exactly right. As disappointing as it was to wait this long to see it, the final product seems to have been worth the effort.

The film is a slow, mournful rumination on our desires to live forever through story, song, and deed — a fitting adaptation from the director of A Ghost Story, another movie deeply interested in facing death head-on. (It’s also certain to be an unconventional Christmas classic for a certain breed of film fan, which I wholly endorse.) However you slice it, it’s an easy candidate for one of the year’s best.

Where’s It Playing? The Green Knight charges into theaters and challenges you to a Christmas-related test of mettle July 30th.