A Day to Remember will officially return to the road this fall with “The Re-Entry Tour,” a six-week jaunt giving fans the chance to see the Florida rockers live for the first time in two years.

The trek is set to kick off in Rochester, New York, at Main Street Armory on September 28th, and hit major markets across the U.S. before wrapping up with two shows in their home state: November 5th in Hollywood, Florida, and November 6th in St. Augustine, Florida. Asking Alexandria and Point North will support the run.

“The Re-Entry Tour” also marks the band’s first tour since releasing their new album, You’re Welcome, earlier this year. Tickets for the upcoming shows are available via Ticketmaster, with pre-sales beginning as early as Tuesday (August 3rd) at 10 a.m. local venue time.

A Day to Remember frontman Jeremy McKinnon checked in with Heavy Consequence earlier this year to talk about the band’s new album. When asked about the story behind the song “Resentment,” McKinnon replied, “That hook always stuck with me. There were bits and pieces here and there. The breakdown was there, and it didn’t change, but the rest of the song — we wanted it to be more than just like the typical metalcore track on the record. I wanted this song to be a shining example of mixing the genres and mixing the influences.”

A Day to Remember’s Jeremy McKinnon on You’re Welcome, the State of Metalcore, and More

He added, “I love that chorus, and that chorus was created I think three years ago, to put it into perspective. It always was pretty much everybody’s favorite hook. It stayed that way for a long time until the record was almost finished. One day, I just got super frustrated in front of everybody in the studio. I was like, ‘I want this to feel like more like a modern pop track or more like Nine Inch Nails in the verses.’ Colin (Brittain, producer) went to work, and immediately that struck a chord with him, and he knew exactly how to get that across. He pretty much put together exactly what you hear on the album. Within 15 minutes of me saying what I wanted out of that inspiration, ‘Resentment’ was done.”

See A Day to Remember’s tour itinerary and stream the song “Resentment” below. 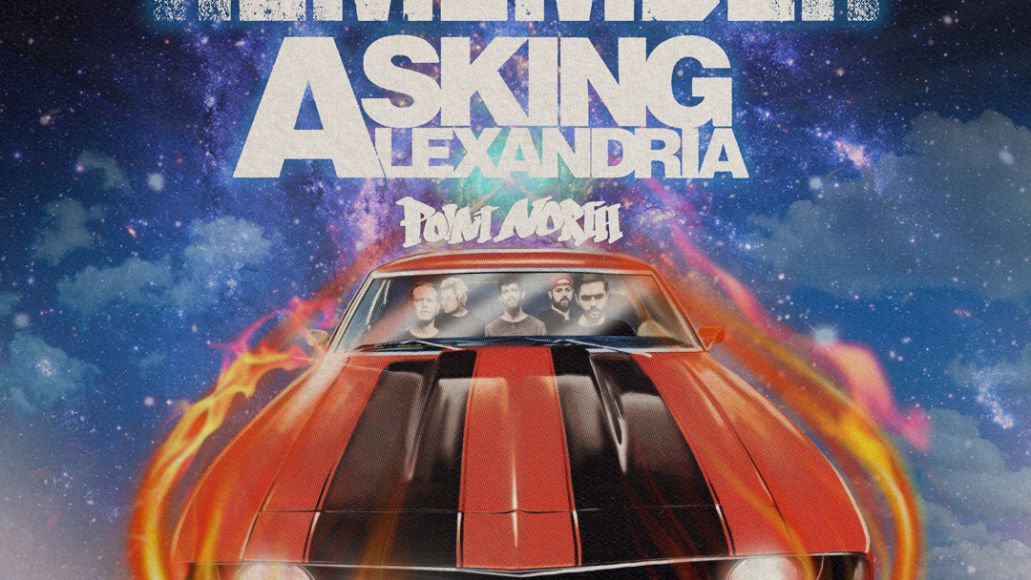