Angel Haze has shared new single “Never Seen,” the first taste of her upcoming EP, Girl with the Gun. Stream it below on Apple Music and Spotify.

On the track, the rapper unapologetically revels in her ego over a wobbling beat. “I am not the type of bitch/ To be appeased with all the average/ I got lots of codependents/ Ding ding what’s the tab/ I been known to flip the digits/ Loose change turn to racks/ Put a n**** on the bench/ If he need time to reflect,” she raps before abruptly cutting the song off just past the 90-second mark.

“I explore the territories of my voice, both in and outside my mind,” she said of the track in a statement. “I wanted to play with different tones and intertwine certain phrases to create a woozy, dreamlike impression. This song is my daydream of a life bigger than my eyes can hold. I’m massive. Take it all in.”

“Never Seen” marks Haze’s follow-up to one-off “Weight,” which she released in January. It’s also been nearly six years since the rapper’s last full-length studio release, 2015’s Back to the Woods.

She added of the new EP, which is slated for release November 19th via Long Flight Home: “This record, to me, is about taking a shot on yourself, seeing through all the fog and failure and expectation, and understanding that the real target is purpose.”

Stream “Never Seen” below and check out Girl with the Gun’s artwork and complete tracklist.

Amid her more than five-year hiatus between studio sets, Haze also released standalone singles “Black Butterfly” in 2019 as an ode to her mother and “Resurrection” way back in 2016.

Girl with the Gun Artwork: 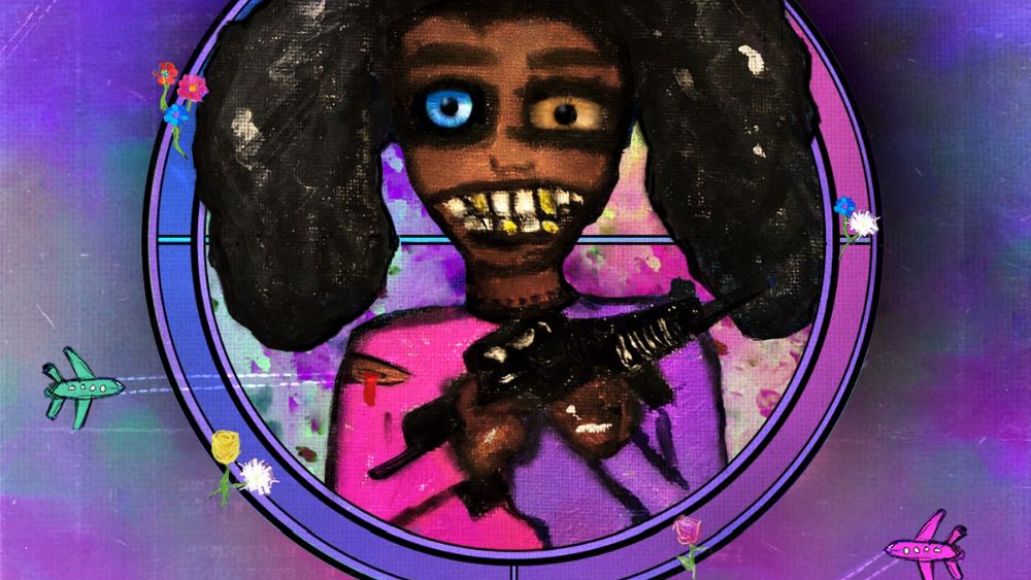 Girl with the Gun Tracklist: