The Pitch: Even decades after his death in 1995, Bob Ross remains one of pop culture’s most indelible, joyful figures. From 1983 to 1994, Ross entertained and inspired millions with his PBS series The Joy of Painting, in which he painted one happy little landscape after another while sporting a shock of be-permed hair and a calm, soothing demeanor. Even now, in the age of streaming and Twitch streams and ASMR, Ross’ gentle presence has found new life with generations of viewers who weren’t even alive when the show was airing.

But people might not know the secret myriad of agonies behind the scenes: his fragmented relationship with his son Steve, whom he groomed as his heir apparent; tales of infidelity and economic manipulation; and (years after his death) a battle for Ross’ legacy between the people who loved him and loved making money off him. Despite what Ross famously said, there are mistakes galore in his story, and not all accidents are happy.

Broad Brushstrokes: Fret not, worried Netflix watcher: Happy Accidents, Betrayal, & Greed isn’t a veins-open exposé of Ross as a secret criminal or a serial killer (despite the ominous tenor of the title). Instead, Sasquatch director Joshua Rofé crafts a mournful, loving ode to the man, reassuring you that, yes, he was as kind and generous and giving as he seemed on TV.

Instead, the problems lie outside of Ross’ direct orbit, amid the anger and resentment surrounding his legacy and who should own it. The opening minutes center around Ross’ son, Steve, with his kind eyes, thinning hair, and an overwhelming shrug hidden beneath the windbreaker he wears for much of the documentary. “I’ve been wanting to get this story out for all these years,” he sighs.

But Rofé takes some time to get to the good stuff, priming us with the classic bio-doc hagiography. We hear about Ross’ childhood, meeting his wife, his time in the military, and the beginnings of his painting career with TV painter Bill Alexander. We learn about the wet-on-wet technique that allowed Ross to paint landscapes in 30 minutes or less (known as alla prima) and the happily controlled chaos of taping The Joy of Painting. All signs point to a happy, gregarious man who lit up the lives of any and everyone in his orbit. 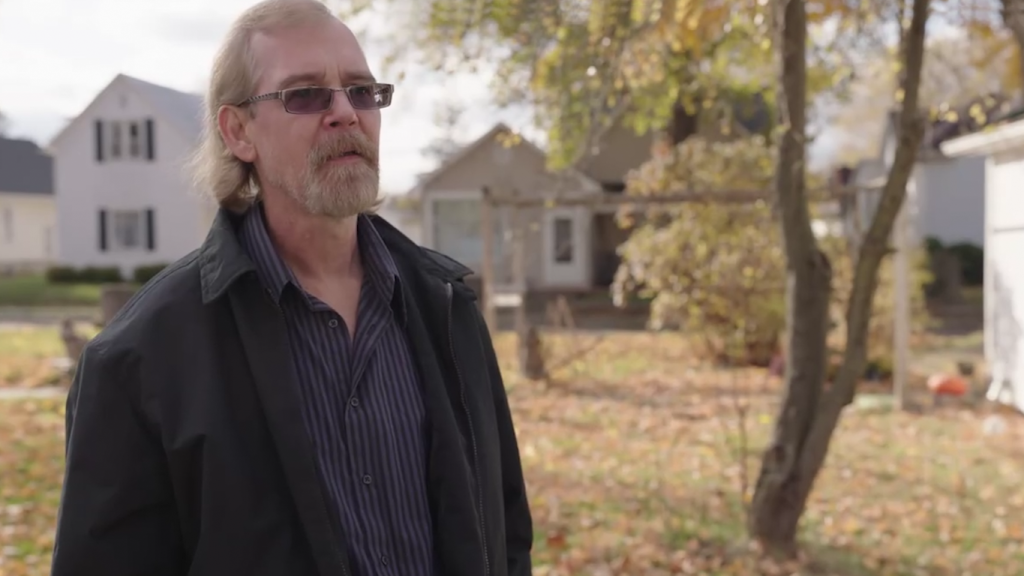 Unhappy Trees: But then Rofé’s doc takes some notable turns, notably around Bob Ross, Inc. producers Annette and Walt Kowalski, who positioned themselves as Bob’s friends before descending on his estate like vultures after he passed of lymphoma in 1995. There’s an argument to be made that Ross would be nothing without the Kowalski’s discovery of him: Under their management, Bob Ross became Bob Ross, and their business savvy made him the face of a multimillion-dollar company that sells oil paints with his visage around the world.

But the way the Kowalskis intertwined themselves in Bob’s life — including, implicitly, an affair between Bob and Annette — is disquieting from a moral perspective, and is where the doc even comes closest to implicating Ross’s character. The ways the Kowalskis tried to build on Bob’s brand after his death feel sketchy as presented in the doc, including ripping off templates from Ross contemporaries and passing them off as “Bob Ross Presents” shows.

Still, Rofé is committed to his glowing portrait of Ross as a saint, even as the Kowalskis take advantage of their legal status as heads of Bob Ross, Inc., to use the man’s reputation for their own financial gain. That’s a huge sticking point for Steve Ross, who’s the closest this film has to a protagonist. In archival footage of his guest spots on Joy of Painting, Rofé shows us Bob talking up his son as “perhaps a better mountain painter than even me,” while Steve clearly looks like he wants to be anywhere else.

But in the present, all Steve wants is to feel close to his late father, which makes the fact that he doesn’t have the rights to the company his father built even more tragic. We see the results of a failed 2017 suit to allow Steve to use his father’s name to sell his own brand of oil paints, so any legal recourse is long past possible.

What the doc explores, then, is the divide between the personal and business halves of Bob Ross, and which one should be allowed to occupy his legacy. Is he a face on a logo that sells increasingly kitschy merch of the man? Or is he the father of a son who loves him and wants to determine how he’s remembered? 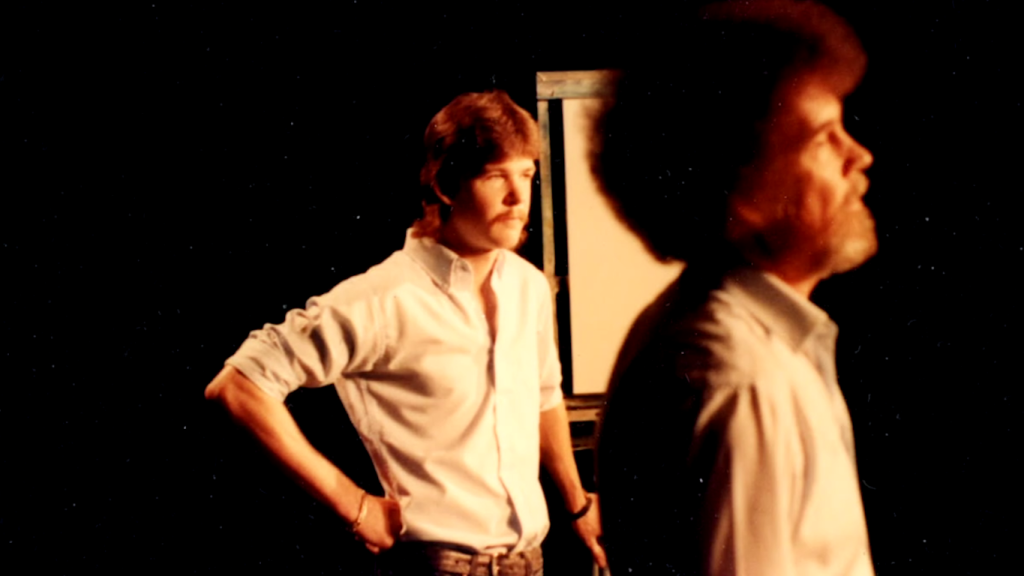 Like Oil and Watercolor: While it’s a relief that Happy Accidents seems to clear Bob’s name of any outright wrongdoing, that also leaves Rofé in a precarious position of which doc he wants to make. Half the time, it’s a loving ode to a man everyone loved, talking head after talking head waxing rhapsodic about Ross’ deep well of generosity and good nature. But then it remembers to check in on the fight over Ross’ legacy, with Steve and the Kowalskis in a legal battle for the man’s very soul.

While the conflicts are very real (and very infuriating), the litigious nature of the Kowalskis implicitly leaves Rofé with few subjects to interview. As a result, the doc feels incomplete, especially when its two selves — the loving nod and the raw exposé — wrestle for control of the narrative. As the doc goes on, it starts to feel like we’re stepping in the middle of a legal pissing contest between groups of people who all feel entitled to Ross’ legacy; regardless of who’s right, the doc feels voyeuristic in a way I’m not sure Bob would want.

The Verdict: It’s a shame to see Ross’ legacy clouded by so much strife and anger, especially for those who were closest to him. Even watching this doc feels like we’re getting involved in business that’s not ours to hear — especially given the lack of involvement of the Kowalskis, who declined to be interviewed. There are clearly still a lot of hurt feelings around who gets to control his image, even now.

But amid all the infighting and lawsuits and backtalk, at the heart of Rofé’s doc is a deep, abiding love for the man himself, one that bleeds through all the heartache and takes focus in the doc. After all, as we’re reminded in the closing minutes, the true guardian of Ross’ legacy is his fans — the ones who still obsess over clips of his show and the kindness he radiated through the screen.

Where’s It Playing? Bob Ross: Happy Accidents, Betrayal & Greed shows another side of the canvas on Netflix August 25th.