Deftones have added to their lineup of craft beers with the new Ceremony Double Dry Hopped Hazy IPA.

Ceremony marks the eighth collaboration between Deftones and Belching Beaver Brewery, who continue to churn out craft beers based on the band’s music and artwork.

The new hazy IPA takes its namesake from the heavy track from Deftones’ latest album, Ohms, and rightfully so. Ceremony comes in at a respectable 6.5% ABV, 30 IBUs. According to the brewery, it “pushes the limits of our dry-hopping regiment, doubling down on the juicy and tropical hop varietals.”

“Ceremony has a nice mélange of tropical fruit notes like mango, pineapple, and guava,” said Belching Beaver QA manager Rick Blankemeier. “It also has a touch of strawberry and grapefruit in there. The mouthfeel is pillowy soft and has a rich body that fades away nicely on the palate.”

The beer is available on draft and in four-packs at Belching Beaver in San Diego. Pre-orders are sold out for online sales, but the beer should make its way through Belching Beavers’ distribution chains in the following states, according to Deftones’ Facebook post: AZ, CA, CO, HI, ID, NE, NV, MN, OR, TX, WA, and WI.

Deftones recently postponed their tour with Gojira has been postponed once again (now to spring 2022), but fans should have plenty of libations to take the edge off. In addition to the previous Belching Beaver collaborations, Deftones also got their own White Pony tequila via Abre Aojos.

Check out the cans for the new Ceremony DDH Hazy IPA below. 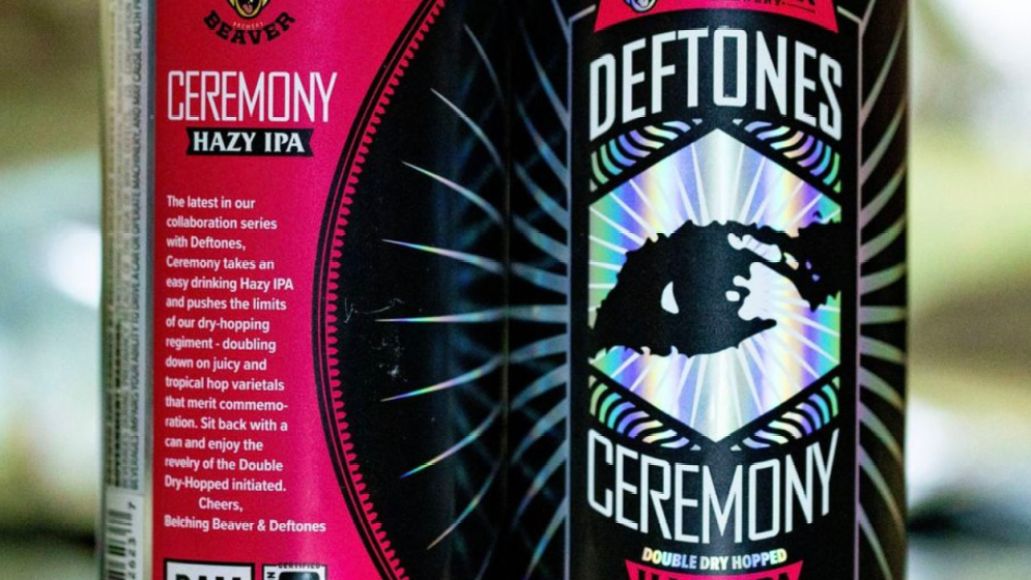 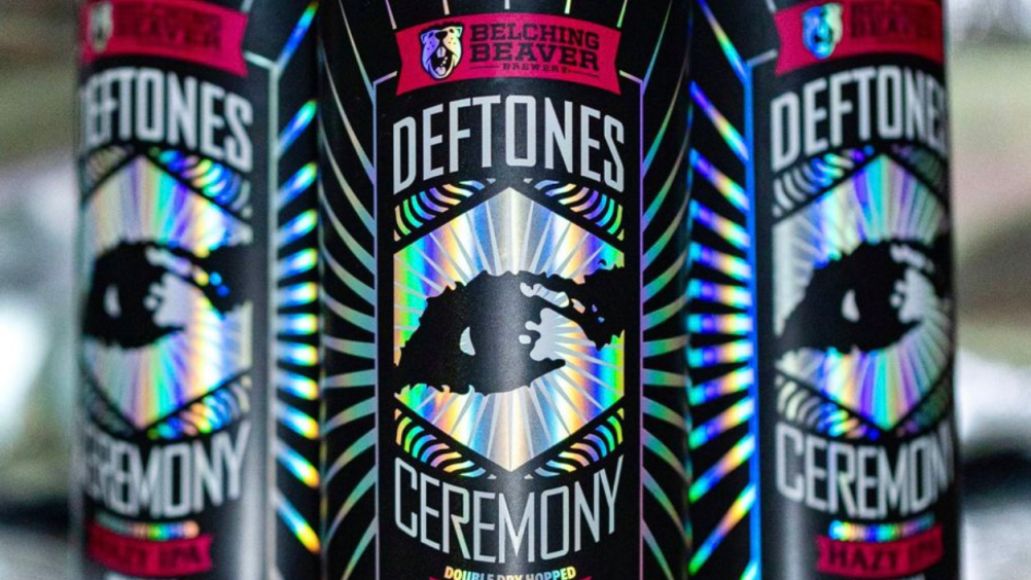