Slated to drop November 12th, the four-disc collection documents The King’s last Nashville-based recording sessions, held from May to June of 1971. With a full touring schedule on the horizon, Elvis went into the studio for a marathon session that would produce a year’s worth of music.

Many of these 82 tracks would appear on releases including 1971’s Elvis Sings the Wonderful World of Christmas, 1972’s Grammy-winning He Touched Me, 1972’s Elvis Now, and 1973’s eponymous Elvis. On Back in Nashville, however, they’re presented in their original form, without any orchestral overdubs or additional vocal accompaniment.

Like the rest of the collection, “I’m Leavin’ (Take 1)” features Presley solely performing with his core band. “Where will I go?/ Who will I have to lie beside me?/ Leaves this emptiness inside me/ I’m so lonely,” he croons over plaintive acoustic guitar after some ad-libbing.

In addition to CD box set, Elvis: Back in Nashville will be available as a limited-edition 2xLP 12-inch vinyl pressing. A special unboxing of the set in both the CD and vinyl versions will be livestreamed from the Guest House Theater at the late icon’s Graceland estate later today (August 12th) at 4:00 p.m. CT/5:00 p.m. ET on Presley’s official YouTube channel and Facebook page.

The 50 Greatest Rock and Roll Movies of All Time

Check out the cover art for Elvis: Back in Nashville and stream “I’m Leavin’ (Take 1)” below. Pre-orders for the box set are ongoing.

Last year marked the passing of both Mac Davis, Elvis’ frequent collaborator who wrote hits like “Memories” and “In the Ghetto,” and Benjamin Keough, the legend’s grandson who tragically died by suicide at the age of 27. On a brighter note, Baz Luhrmann is currently working on an Elvis biopic starring Austin Butler as the King himself; Tom Hanks as his manager, Colonel Tom Parker; and Yola as Sister Rosetta Tharpe.

Elvis: Back in Nashville Cover Art: 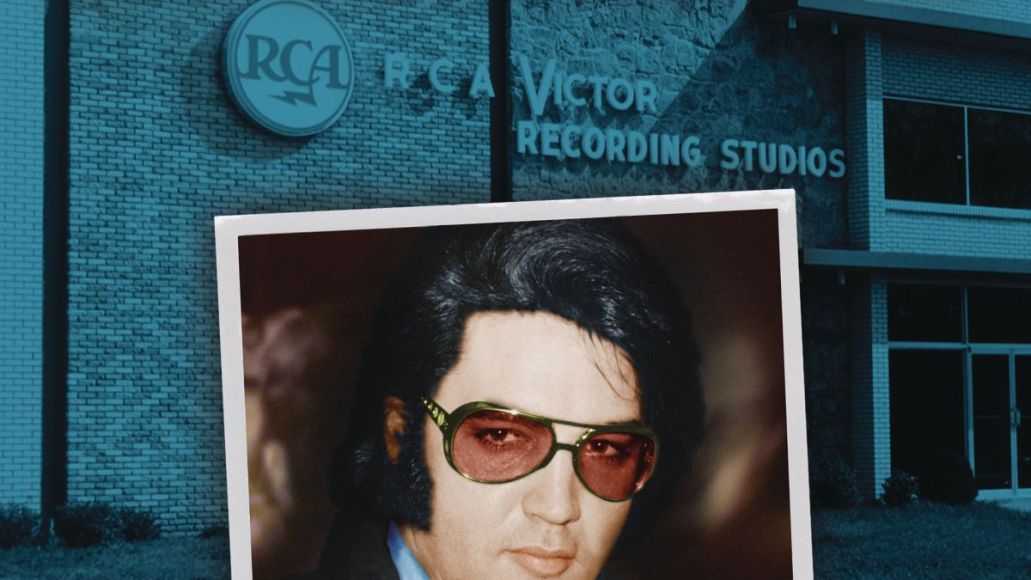