Exodus have announced their 11th studio album, Persona Non Grata, arriving November 19th. They also shared the video for the lead single “The Beatings Will Continue (Until Morale Improves).”

True to its title, the single packs a wallop. Blazing fast riffs, snarled vocals, and gang-shout choruses make for a potent thrash metal attack. This is classic stuff from the pioneering Bay Area band.

“After what seems like an eon, we now have the debut of our first single, ‘The Beatings Will Continue (Until Morale Improves),’” remarked guitarist Gary Holt via a press statement. “I’m so jacked up for this and the release of Persona Non Grata! Let’s get the bloodletting started!”

Persona Non Grata translates to “an unwelcome person,” and the album “touches on themes of modern societal disgust and degradation,” according to the press release.

In support of the new record, Exodus will head out with Testament and Death Angel for the “Bay Area Strikes Back Tour,” kicking off in October. It marks their return to the road after the three bands were forced to leave their European tour in spring 2020 after numerous individuals contracted COVID-19.

Hunting recently underwent a total gastrectomy in his battle against stomach cancer. While the surgery was a success, he is still recovering, and will miss the band’s set at Psycho Las Vegas this weekend and Full Terror Assault in September. John Tempesta will fill on drums.

Testament, Exodus, and Death Angel Announce “The Bay Area Strikes Back” 2021 US Tour

You can pre-order Exodus’ new album Persona Non Grata via the band’s website. Watch the music video (warning: it’s violent) for “The Beatings Will Continue (Until Morale Improves)” and see the album art and tracklist below. 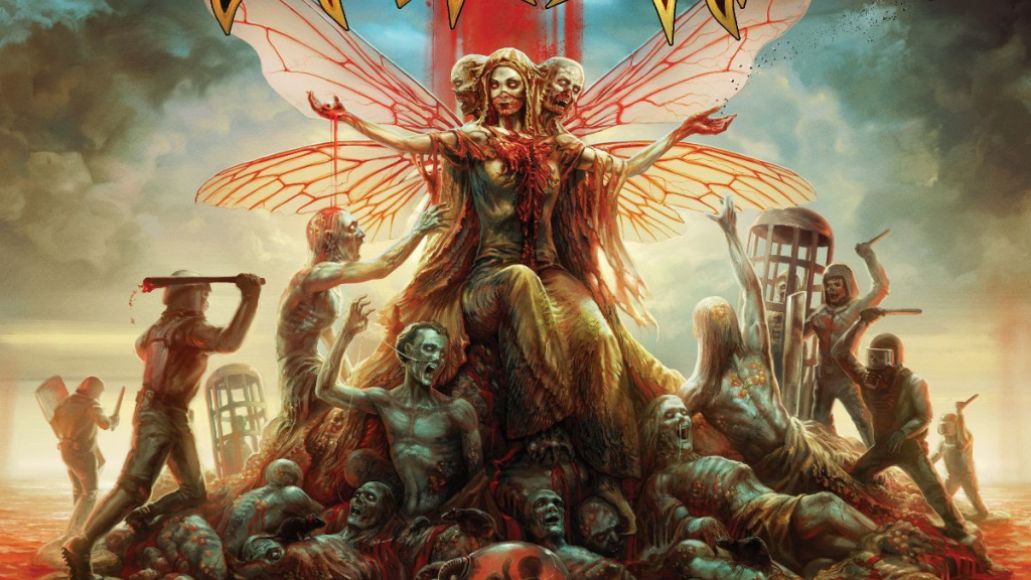