The Pitch: In the whirlwind world of Free City, the world’s most popular video game, players spend their time causing mischief and mayhem, Grand Theft Auto-style, robbing banks and shooting random non-player characters for the hell of it. But for the NPCs themselves, it’s just another normal day; wake up, go to work, get shot or run over or exploded, do it all again tomorrow.

That’s especially true of Guy (Ryan Reynolds), a friendly bank-teller NPC who suddenly finds himself unsatisfied with the repetition of his daily routine. Choosing to break free of his programming, he quits his job and decides to play hero in Free City — which earns the attention of a pair of programmers (Jodie Comer, Joe Keery) who think he might be the key to unlocking the game’s most closely-guarded secrets.

Late Guy: Free Guy has had a hell of a road to release: One of the final films greenlit by Fox before their acquisition by Disney, and one of the few to continue production under the House of Mouse, it’s been knocking around since 2019. The COVID-19 pandemic naturally made things worse, bumping the release date three times before eventually hitting theaters more than a year after it was supposed to. It feels like we’ve been watching trailers for this thing forever, which is the kind of thing that can sour you to a property even before you walk in a theater.

With all this stacked against it, it’s an astounding surprise that Free Guy isn’t just tolerable. It’s actually pretty solid.

On paper, its premise is tired — throw Ryan Reynolds in a big, violent sci-fi actioner where he can goof off like Deadpool and throw off hack jokes to a vintage soundtrack. But where Free Guy zigs is in its bone-deep sincerity: where the Merc With a Mouth winks at cynical moviegoers who are begging for an excuse to justify watching a comic book movie, Reynolds plays Guy with gormless, wide-eyed restraint and no small amount of sweetness. 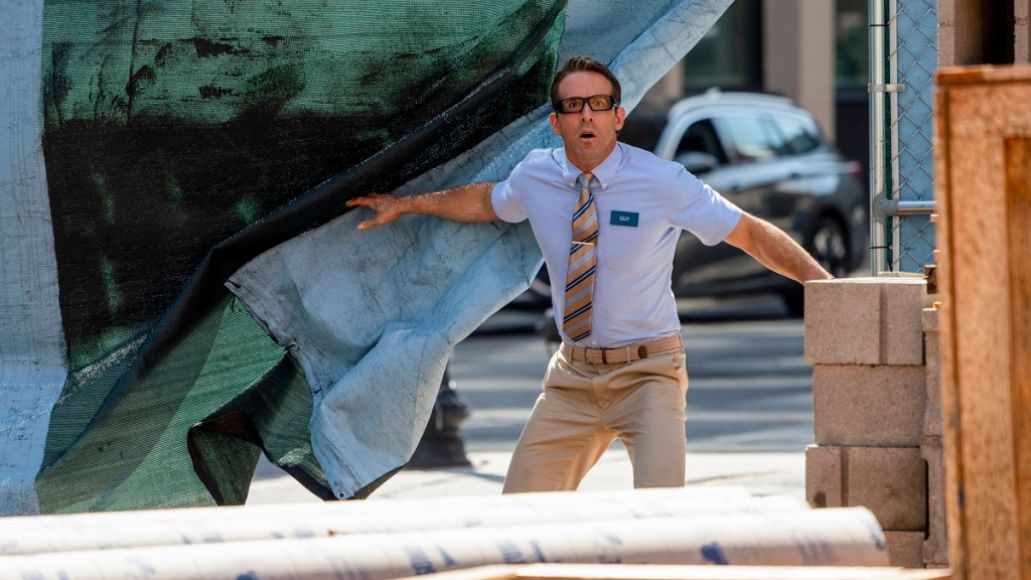 So many post-Deadpool roles ask him to just play the fast-talking douchebag (or in the case of The Hitman’s Bodyguard, the uptight killjoy). With Guy, Reynolds gets to greet every new situation with the kind of grinning enthusiasm reserved for Emmet from The LEGO Movie or Johnny-5 from Short Circuit. It’s kind of like if Frank Capra directed They Live — a character seeing the innate fakeness of their existence through magical sunglasses, but choosing instead to make the most of the new world he’s discovered.

I’m a Love Letter to You: That new world is rendered with a reasonable amount of charm by director Shawn Levy and the production team, who basically depicts Free City as an amped-up downtown Boston underneath which lies a hidden layer of holographic powerups and mission prompts (the They Live comparisons are supremely overt). Most of the film’s real laughs come from the zippy background gags they pepper in, like random players teabagging fallen foes in the back of a shot, or how Guy’s stable of vehicles as he plays the game and powers up includes a Mercury-era space capsule and a horse and buggy.

But surrounding Reynolds is a game cast of supporting players, notably Comer (of Killing Eve and the upcoming The Last Duel fame) as both versions of Millie both in and out of Free City. As “Molotovgirl,” she flips and dual wields and struts around in leather pants in a delirious sendup of both Villanelle and every Strong Female Heroine in media history; as regular ol’ Millie, she handles both her real and virtual paramours with no small amount of girl-next-door charm. Get her an action and a rom-com franchise this minute, I say!

Keery is endearingly earnest as the indie programmer sucked into the thankless world of big-budget game design, but who sees promise of something more within the lines of code. Lil Rel Howery is his usual charming self, almost a mirror image of his TSA guard from Get Out, and Channing Tatum gets a knee-slapping cameo as the avatar of a hit player who can floss as well as he can shoot. 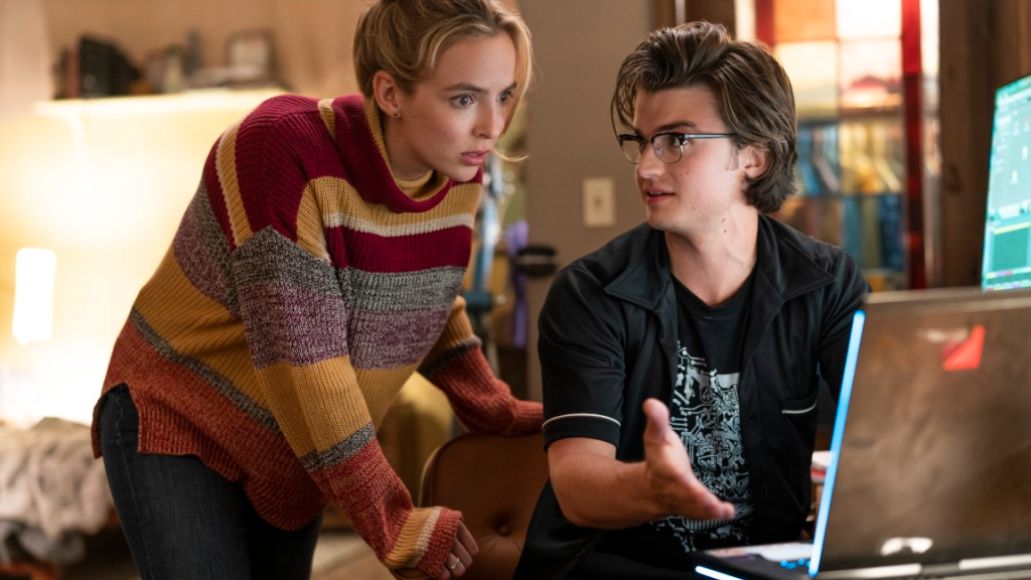 Crossing the Livestreams: Peppered through all of this are some larger conversations about gaming culture and the nature of artificial intelligence, which toy with the formula in neat ways even if it doesn’t all hold up. When we’re not following Guy’s exploits in Free City, we get to see Comer and Keery’s struggles to prove that their scrappy indie game (complete with innovative AI algorithms, you can see where this is going) wasn’t just bought out by Free City’s big publisher Soonami, but outright stolen and used for the game engine.

This stuff’s not nearly as interesting as the bright CG mayhem in Free City; Taika Waititi is particularly obnoxious as the over-caffeinated gaming mogul who dresses like an anime villain. (The real-life links to the gaming world get even more irritating when they bring in cameos from big IRL streamers like Jacksepticeye and Ninja.)

Still, in its own way, Matt Lieberman and Zak Penn’s script is refreshingly candid when it comes to the vagaries of the video game industry, and it plays them out in crowd-pleasing forms here. There’s the divide between scrappy indie game developers and the soul-sucking conglomerates who buy them up, the parasocial relationships that players form with video game characters, and so on. It’s all reskinned in a way to fit the traditional three-act blockbuster formula, to be sure — you have to get to X place in Y minutes or everyone dies! But I’ll happily take a big-budget blockbuster that even hints at the efficacy of general strikes, or the ability for video games to be about more than just shooting things.

The Verdict: Free Guy is hardly perfect; it’s a mishmash of so many different films and genres and franchises that it has a hard time staking out a distinct identity for itself, and the third act is more than a little messy. But there’s something surprising about its approach to both blockbuster filmmaking and Ryan Reynolds star vehicles. It’s at once a Deadpool riff and the absolute opposite, a violent video game movie that’s about how fighting isn’t actually the answer. And what’s more, it commits to those lofty aspirations, couching a sweet little love story in the CG-addled mayhem of a Ryan Reynolds action-adventure flick.

Where’s It Playing? Free Guy slaps on some sunglasses and seeks out its own destiny in theaters August 13th.