After being canceled last year due to the COVID-19 pandemic, Gathering of the Juggalos is returning for 2021, and Insane Clown Posse have finally unveiled the lineup. Still moving forward next month despite rising concerns about the delta variant, the music and variety festival will feature rappers Danny Brown and Vanilla Ice, To Catch a Predator host Chris Hansen, and Jackass star Steve-O.

This year’s Gathering goes down August 19th-21st at Legend Valley in Thornville, Ohio. Steve-O and Hansen will be hosting the main stage on Thursday and Friday night, respectively. Attendees can also stop by Hansen’s To Catch a Predator seminar on Friday afternoon.

After performing a set celebrating their 2000 double album, Bizaar/Bizzar, on Thursday, ICP will return to headline on Saturday night. Other notable acts appearing at the festival include Kid ‘n Play, R.A. the Rugged Man, and Three 6 Mafia’s DJ Paul. Check out the full lineup poster below.

Despite citing COVID-19 concerns as the reason for canceling the festival last year, it appears there are no formal protocols in place this time around. There are no rules mentioning mask requirements or proof of vaccination anywhere in the information section of the festival’s website.

Just last month, more than 1,000 new cases of the novel coronavirus were linked to Netherlands’ Verknipt music festival despite requiring proof of negative COVID-19 status. With the highly transmissible delta variant becoming the dominant strain in the United States, it would be understandable if potential attendees wanted to sit this one out.

On the Ground at Lollapalooza: How Are the Festival’s COVID-19 Protocols Holding Up?

For Juggalos undeterred by the risk, tickets are currently available at the official website through August 8th. After that, they will only be able to purchase Gathering tickets on the day of the event at the front gate of Legend Valley. 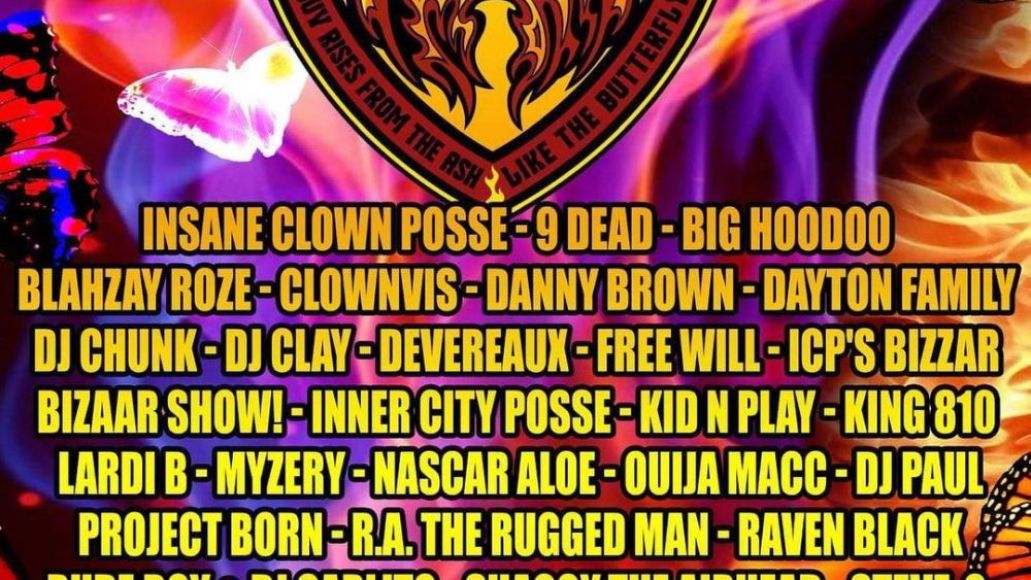