Atlanta rapper GRIP has just released I Died for This!?, his guest-heavy new album and official debut on Eminem’s label Shady Records. Stream it below via Apple Music and Spotify.

I Died for This!? is the third studio album GRIP has dropped over the years, following 2019’s Snubnose and 2017’s Porch. This time around, though, he’s leveling up in terms of his lyrical prowess and the guests he surrounds himself with — and clearly Slim Shady himself took notice. In fact, Eminem felt so strongly about GRIP’s future that he even hopped on “Walkthrough!,” undoubtedly the record’s biggest single.

There are other big names across the LP’s 15 tracks, too, like Kenny Mason, Big Rube, and Royce da 5’9″. Plus, GRIP is also joined later on by Wiley from Atlanta, Dead Cassettes, Tate228, AHYES, and Kay Nellz.

Eminem signed GRIP back in early July, and by the sound of it he’s still hyped about getting picked up. “Going into the next shit and finally having that anticipation and that love, that hate, all of that shit, it fuels you,” GRIP told Pigeons & Planes. “Without that, you start second-guessing yourself, like, ‘Damn, am I as dope as I thought I was?’ So the fact that I’m getting that now, and I’m just now getting it, that lights a fire. That shit is going to take me to that next level because I’m just now getting started.”

This isn’t the only project Eminem has lent his skills to as of late. Earlier this year, he hopped on Nas’ new album and signed on to portray White Boy Rick in 50 Cent’s upcoming series BFM. Plus, Eminem premiered a music video for “Higher,” pushed back against Gen Z with “Tone Deaf” after they tried to cancel him, and he auctioned off self-produced original beats as part of the NFT craze.

I Died for This?! Artwork: 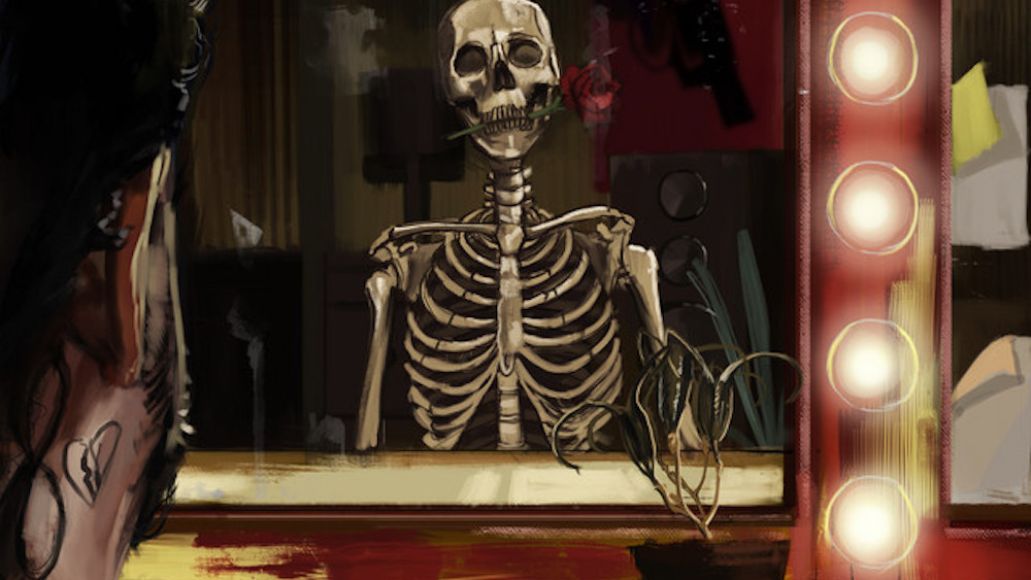 GRIP Drops Debut Album I Died for This!? on Eminem's Label: Stream