Halsey has released her fourth album, If I Can’t Have Love, I Want Power, via Capitol Records. Stream it below.

Executive produced by Trent Reznor and Atticus Ross, the album leans into the pop star’s love for alt rock, and unlike past albums, Halsey eschewed the typical roll-out by choosing not to release a single song ahead of the body of work’s unveiling.

While the tracklist is devoid of collabs or credited guests, Halsey did enlist the likes of Dave Grohl, Lindsey Buckingham, TV on the Radio’s Dave Sitek, Meat Beat Manifesto’s Jack Dangers to add their instrumental expertise to various tracks.

“This album is a concept album about the joys and horrors of pregnancy and childbirth,” Halsey shared on Instagram when she announced the album back in June. “It was very important to me that the cover art conveyed the sentiment of my journey over the past few months. The dichotomy of the Madonna and the Whore. The idea that me as a sexual being and my body as a vessel and gift to my child are two concepts that can co-exist peacefully and powerfully. My body has belonged to the world in many different ways the past few years, and this image is my means of reclaiming my autonomy and establishing my pride and strength as a life force for my human being.”

The album’s release coincides with its accompanying film of the same name, which was screened in select IMAX theaters nationwide on Wednesday and Thursday. Stream If I Can’t Have Love, I Want Power below and read Consequence‘s review of the album here.

If I Can’t Have Love, I Want Power Artwork: 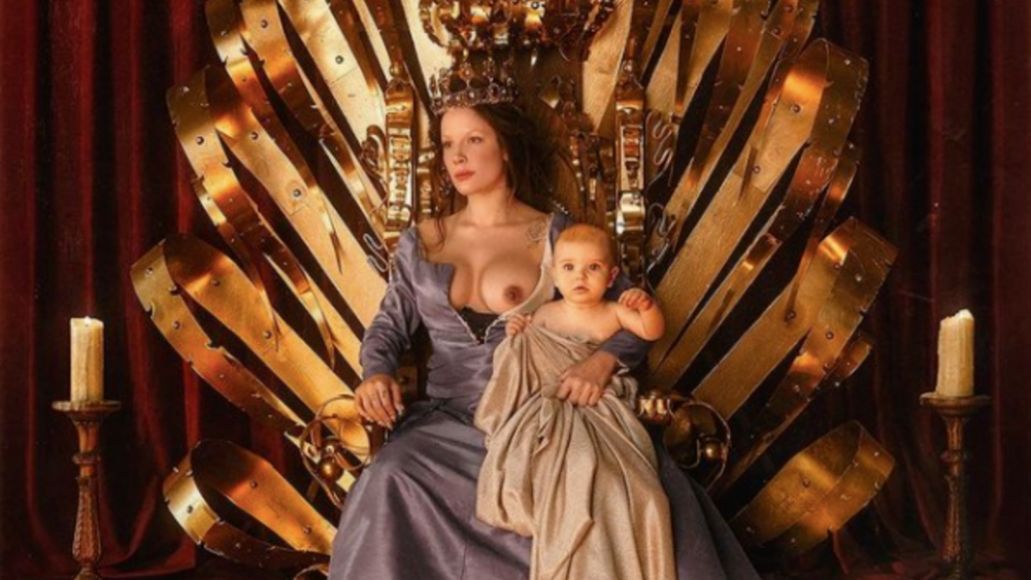 Halsey Unveils New Album If I Can't Have Love, I Want Power: Stream