Our ongoing new music series Origins asks artists about the inspirations behind their latest tracks. Now, Into It. Over It. has revealed how his bruising cover of Fugazi’s “Instrument” came together.

It’s not often that a classic punk song hits harder after acoustic guitars replace electric, but that’s just what Into It. Over It. has accomplished with the new cover of Fugazi’s “Instrument.”

The project from Evan Thomas Weiss contributed the track to Silence Is a Dangerous Sound: A Tribute to Fugazi, which comes via Ripcord Records. All proceeds benefit the Tribe Animal Sanctuary in Scotland. The double-CD release will be available October 1st, and includes 43 Fugazi tracks by admiring artists, including La Dispute, Authority Zero, and even Pet Symmetry, Weiss’ emo outfit with Erik Czaja and Marcus Nuccio.

When it came time for “Instrument,” Weiss sped up the track by a couple of beats per minute. But that’s not the only change. “There are little to no electric guitars on our cover,” he told Consequence. “I thought that would be a fun challenge to see how much we could get away with without having to pivot to the security of an electric.” Aided by synths and keyboards, he’s managed to add to the desperate menace of the original.

Read on for Weiss’ inspirations behind the cover, his evolving relationship with Fugazi, and why “Instrument” is his favorite of their songs. Pre-orders for Silence Is a Dangerous Sound are ongoing.

Admittedly I had gotten into Fugazi a little bit later in life, which looking back feels strange to me as someone who grew up on grunge, emo, punk and hardcore. It hadn’t made sense to me for some time, but the fascinating thing about Fugazi is how everyone’s relationship with them is so personal. They have this way of entering a person’s life at just the right time. Right when that person needs them. 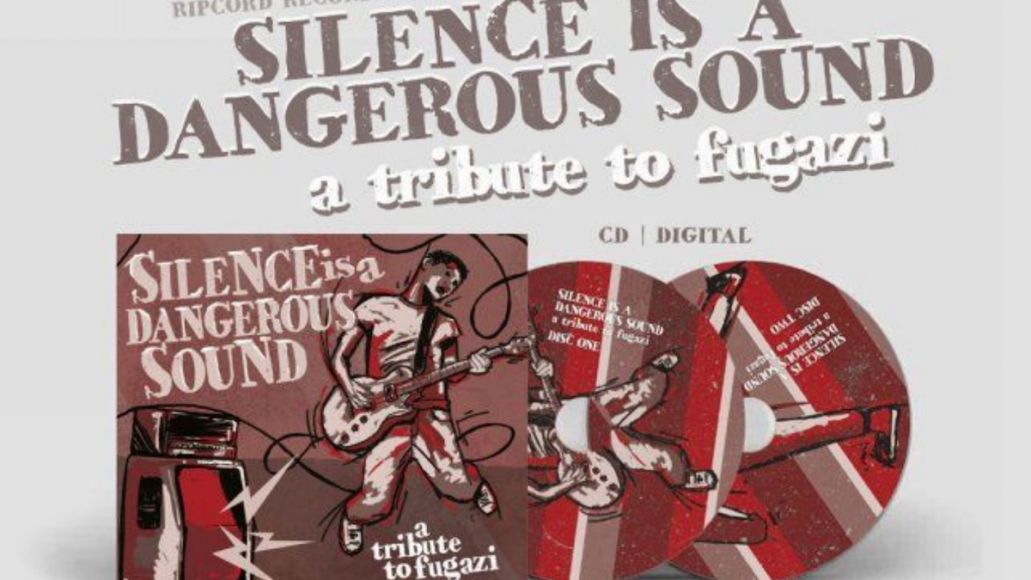 Everyone has a favorite record, everyone has a favorite song, some listeners are casual, some are diehard, new, young, old — They are able to transcend those molds and interests. It’s really something special. So for me, it hit sometime in my mid-twenties. At the time, a few records had resonated but I was more of a casual listener. It wasn’t until I rounded the corner of my thirties and began taking more ownership over my material, forming our own record label, building our own recording studio, going back to true ownership of our creative process — that the mission statement of Fugazi had really begun to align and rattle my cage. It finally clicked.

The Beatles of Punk 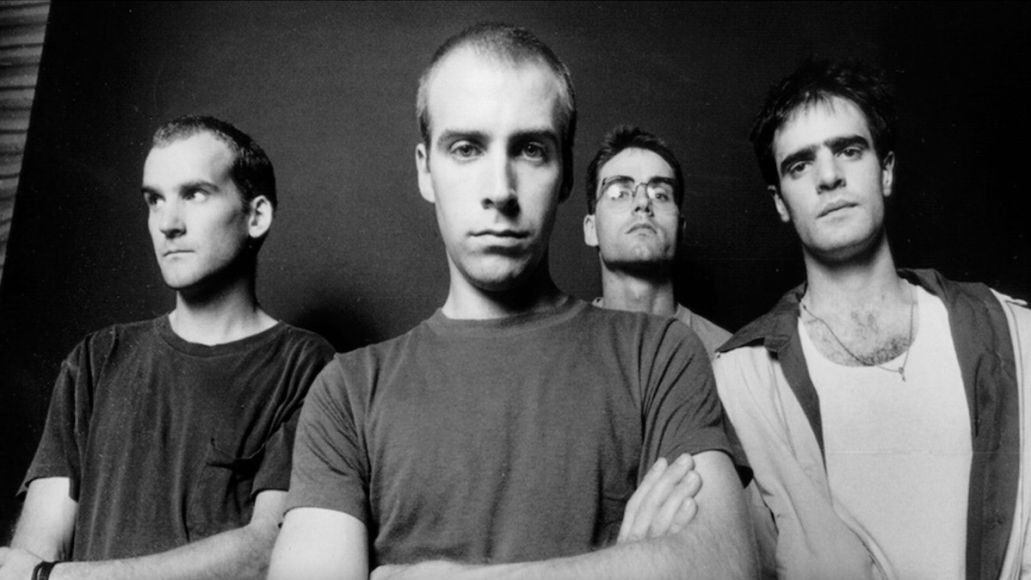 Another interesting thing about Fugazi to me is how timeless it remains. The recording quality, the sonic choices, the brute force, the lyrical decisions, the delivery.. It’s good songwriting presented in an honest, open and forward thinking way. That presentation will never go out of style. I have joked often with friends that they are The Beatles of punk rock. Maybe in influence but mostly in their design. They have done it all and laid the groundwork for what nearly every punk influenced band would go on to do after them. 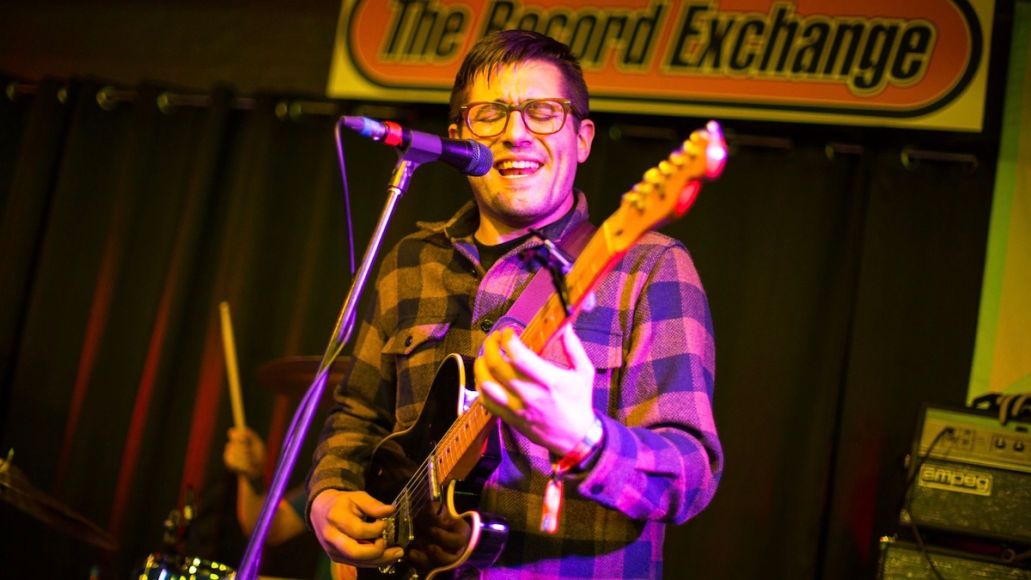 Into It. Over It, photo by Philip Cosores

In terms of the song “Instrument,” my reason for the choice is honestly pretty simple, albeit personal. It’s my favorite Fugazi song. The song is so raw and honest. The lyrics resonate deeply. It’s just such a beautifully mean song. The juxtaposition really fascinates me. I do not have the vocal strength and attitude that Ian has (and really displays front and center on that track) so developing a style for the song that was innately “ours” was a little bit of a challenge, but an incredibly fun one.

How would we approach this and still get that attitude across? How could we take our interpretation and also make it feel like a different aspect of DC music? Well here it is.

There are little to no electric guitars on our cover — I thought that would be a fun challenge to see how much we could get away with without having to pivot to the security of an electric. What can we do to make it as interesting and different as possible? A lot of what you would think are electric guitars are actually acoustics, keys and synths. A fun challenge.

Into It. Over It. Shares Origins of Fugazi Cover "Instrument": Exclusive