Limp Bizkit have canceled all of their remaining 2021 festival appearances after previously scrapping their summer headlining tour. The band has also revealed that more new music is on the way.

When BIzkit nixed their summer outing after just a few dates, frontman Fred Durst didn’t get into specifics, but implied to Billboard that the tour cancellation was based on safety measures to stop the spread of COVID-19. As cases surge, live music is once again grappling with solutions to curb the virus, as venues and festivals institute vaccine requirements and/or proof of a negative COVID test.

Limp Bizkit aren’t taking any chances, foregoing all upcoming performances, including scheduled appearances at the festivals Aftershock, Blue Ridge, Rebel Rock, and Rocklahoma. The band posted the following message on its Instagram story:

“To be more clear, as some promoters are a bit behind on keeping you updated. All of our scheduled performances were canceled weeks ago (yes, we are all fine, thank you). New songs will begin to leak, one after the other in rapid succession very soon. Soon thereafter, our new album will be released.”

In the Billboard interview, Durst also cited a “very flawed” system of COVID compliancy at concerts and festivals.

“Even if the performers, crews, staff, and promoters do their best to ensure safety on and behind the stage, that doesn’t ensure the safety of the audience as a whole,” Durst said. “We are all in this together, and we all — individually and as a whole — have to make our best efforts to be as responsible and proactive as possible moving forward to combat and stop spreading COVID.”

While the news is disappointing for fans who were hoping to catch Durst’s new “dad” persona in person, at least they’ll soon have new music from the nu-metal veterans, including the band’s first album in more than a decade. Any new songs will follow the tune “Dad Vibes”, which the band premiered at the end of their Lollapalooza set. 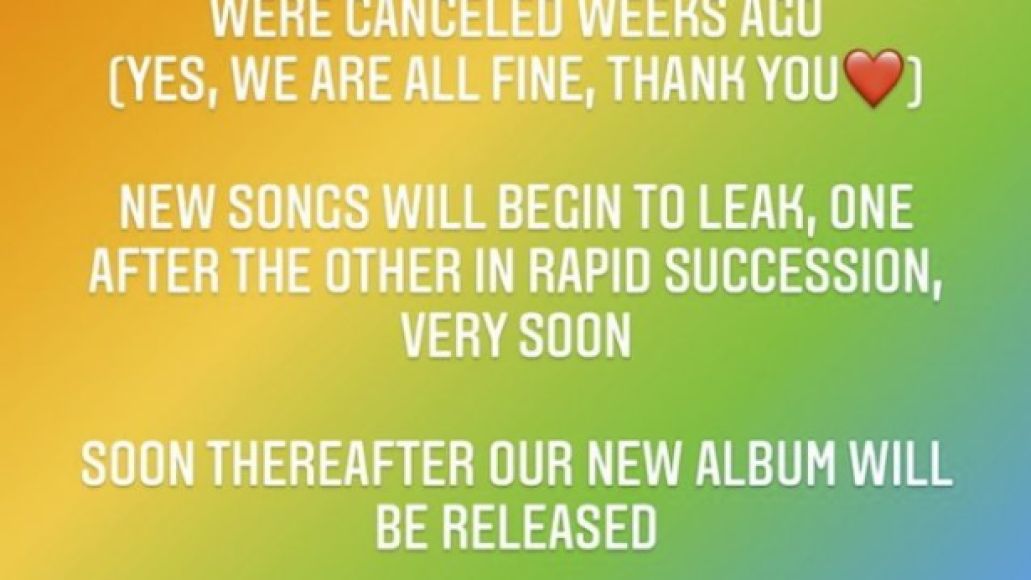