Day 3 of Lollapalooza 2021 felt like a tussle between the festival’s past and present, as legacy rock acts fought for airspace against a powerhouse pop rap billing.

There isn’t much tying Journey, Limp Bizkit, and Tom DeLonge’s Angels & Airwaves together, and festival organizers could have helped any of them by booking more bands from the same general movement. But altogether they served as the counter-programming to the Saturday night main event, with Megan Thee Stallion drawing a headliner’s crowd and Post Malone building on top of it.

Check out our Day 3 Recap, including notable performances by Porches, Whitney, and Freddie Gibbs below.

Porches Made the Case for Showing Up Early 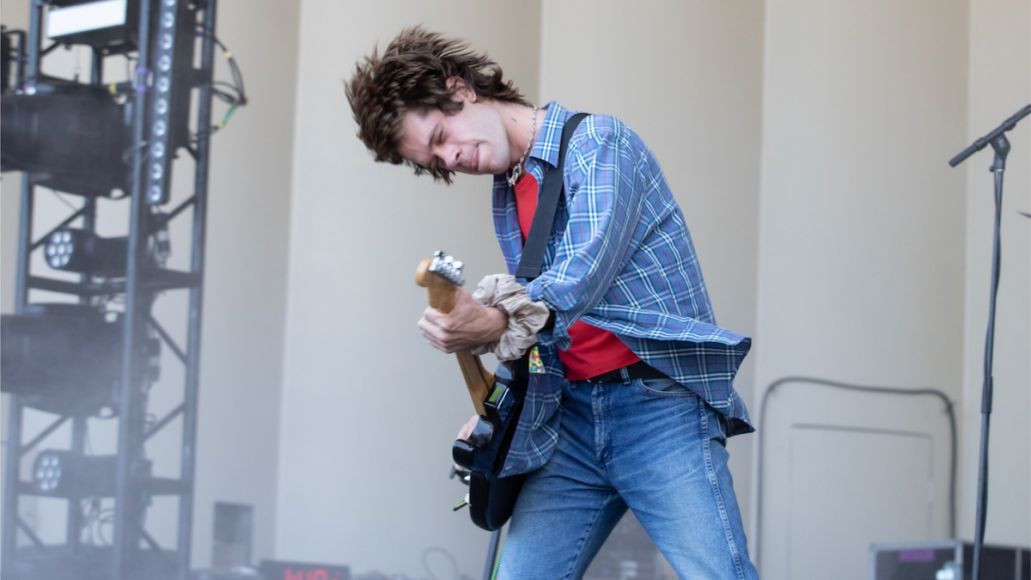 Here’s what you missed if you slept in this morning. Saddled with a tough 1:45 p.m. set time at the notoriously difficult Tito’s stage, New York indie vets Porches leaned into the adversity, delivering a set of their trademark Strokes-meets-Cocteau-Twins sound that shimmered along with the heat rising from the Petrillo Music Shell’s pavement. From the grooves of early-career single “Strapping Young Weirdos” to the keen tempo shifts of 2016 hit “Mood” to a ripping cover of Nirvana’s “On a Plain,” frontman Aaron Maine and company rewarded the few early-birds in attendance with a set perfectly tuned to a wistful summer Saturday. — Tyler Clark

Cannons Played to the Front

Two years ago Cannons would have gladly performed at a smaller stage at Lollapalooza, but after their song “Fire for You” appeared on Netflix’s Never Have I Ever, the indie poppers found themselves on the biggest stage this festival’s got. Their playing had clearly been honed at smaller venues; lead singer Michelle Joy rarely strayed more than a few steps from the microphone, and guitarist Ryan Clapham moved nothing but his fingers. Their melodies were catchy, but the band hadn’t yet developed the skillset to sell those tunes to the back. — Wren Graves

The Backseat Lovers Changed the Volume

The Backseat Lovers were playing their first festival ever, and they managed to command a large space by exploring one of the simplest elements in music: volume. After a thunderous entrance, the Utah rockers took a dynamic approach to their decibels, and on songs like “Kilby Girl,” “Dugout,” and “Sinking Ship,” they used quieter moments as mere bricks in towering walls of sound. The banter wasn’t great, with lead singer Joshua Harmon expressing some variation of “Wow!” repeatedly. But with performances like this one, he’ll have plenty of opportunities to practice. — Wren Graves

Mt. Joy Brought a Touch of Bonnaroo to Lollapalooza

Country and Americana acts aren’t always a natural fit at Lollapalooza, but when they work, the resulting set is sure to be someone’s favorite of the day. That seems likely for the packed crowd that swayed through Mt. Joy’s midafternoon set. In addition to faithful renditions of tracks like their 2020 single “Re-Arrange Us and their 2016 breakout “Astrovan,” the LA-by-way-of-Philadelphia five piece infused their set with a playful, jammy spirit more typically associated with Bonnaroo than Lolla. This included an almost-medley of covers (from the Flaming Lips’ “Do You Realize??” to Bill Withers’ “Ain’t No Sunshine” to Gorillaz’s “Feel Good Inc.”) perfect for a little afternoon cloud gazing. — Tyler Clark

The Bud Light Seltzer’s biggest non-headliner set of the day belonged to Ohio rapper Trippie Redd, who used his time on the stage to pay tribute to one of Chicago’s fallen stars. “To my brother Juice .We’re in Chicago, so it’s only right,” he said before launching into memorial renditions of Juice WRLD tracks including “Tell Me U Love Me” and “Lucid Dreams.” Those dedications were a high point in a set that otherwise felt otherwise disjointed; between near-constant use of Cipha Sounds-style airhorns and Trippie Redd’s repeated (and only marginally successful) requests to open up a mosh pit, the day’s performance delighted existing fans, but probably didn’t bring in any new ones. — Tyler Clark

Whitney Played Music for Laying in the Grass

Sandwiched between Trippie Redd and Limp Bizkit on the festival’s north end, Chicago indie darlings Whitney were never going to match those other acts’ intensity. Instead, they used their signature sound to take things all the way in the opposite direction. As the sun began to dip below the buildings of Michigan Avenue, the band matched the growing shade with gentle renditions of standbys from 2016’s Light Upon the Lake and 2019’s Forever Turned Around. From the honey-sweet organ on “Before I Know It” to the seaside-ready trumpet on “Giving Up,” the band delivered an AM Gold antidote to the day’s resilient heat just when we needed it most. — Tyler Clark

Freddie Gibbs Ran It Back 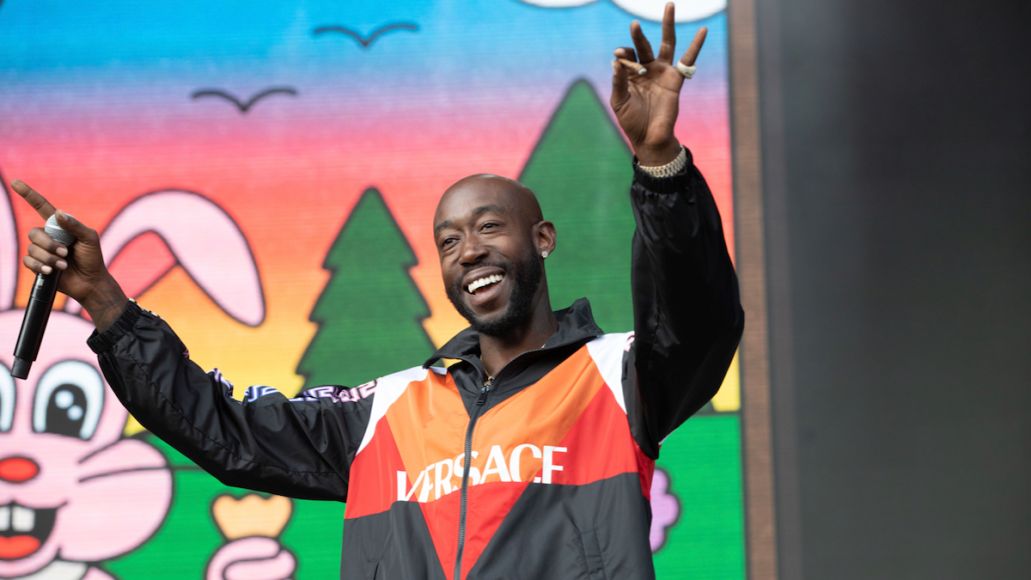 For a Saturday sundown show from a recent Grammy nominee, Freddie Gibbs’ performance wasn’t particularly well attended. The Lake Shore stage is one of the larger spaces, and he barely filled the area in front of the ADA accessible seating. But this crowd was all-killer no-filler, and it quickly massed into a peloton at the front. The audience moshed and rapped along to the knotty lyrics, inspiring Gibbs to aggressively work the pit. Several times he waded into the crowd of fanatics, and on almost every song he asked DJ Ralph to stop and start over, whipping the circle into a frenzy. He also showed off the best breath control of the day in rap, performing long a cappella stretches of “Scottie Beam,” and “Harold’s,” proving that not only did he not need a backing track, he didn’t need a beat. — Wren Graves

“Let me make one thing clear: this is not Woodstock ‘99. This is me and you partying like it’s 1999.” In two sentences, Limp Bizkit frontman Fred Durst ushered out the elephant in the room and ushered in a surprisingly resilient collection of late ’90s rap-rock. Despite opening with the song that launched a riot at that other festival, the band and the crowd that came to see them remained on best behavior during a set that leaned heavily on the hits from 1999’s Significant Other and 2000’s Chocolate Starfish and the Hot Dog Flavored Water. Dressed in an outfit reminiscent of Johnny Knoxville’s Irving Zisman, Durst stayed jovial and lowkey between songs, at one point cracking, “I definitely rock harder than your dad.” Speaking of which: as the band left the stage, Durst headed to the greet the crowd soundtracked by an all-new song (titled “Dad Vibes”) from an apparently forthcoming new album. …Bizkit back?! — Tyler Clark

Megan Thee Stallion Led from Behind 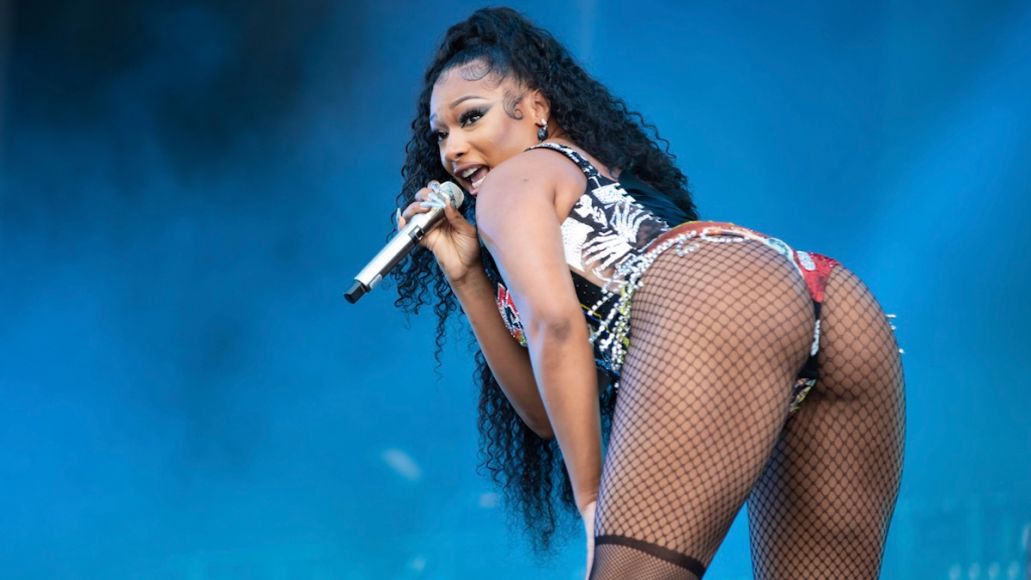 Every rapper who plays the T-Mobile stage is faced with the same question: How are you going to fill all that space without running out of breath? Meg came up with an idea so good she had to clap for herself. After long stretches of dancing back and forth — as the ends of her couplets started to turn into gasps for air — she would simply stop, turn about, and wiggle. Her natural endowments allowed her to achieve an impressive effect without a lot of gyrating, and she rebounded from these sessions with renewed zest. The audience didn’t mind; far from it, many of the young people clapped back in kind. This allowed her to maintain high energy throughout the set, nailing all of the choreography while rapping most of her lines, and closing on solo renditions of “Savage,” and “WAP.” — Wren Graves

Of Angels, Airwaves, and Dicks 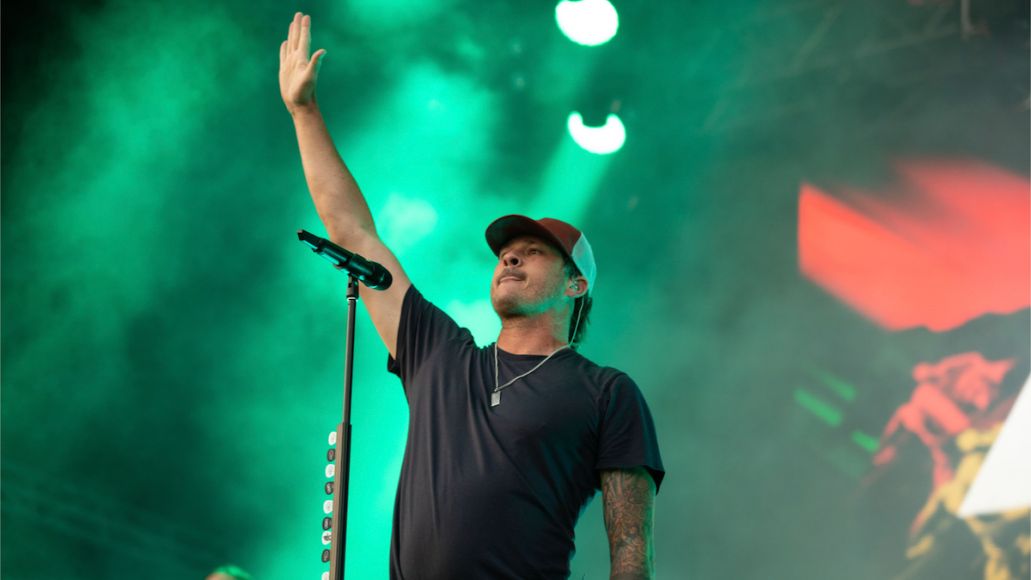 Tom DeLonge is like a wandering spirit of summertime, emerging to rock out and make dick jokes. The Blink-182 co-founder knew that some of his audience weren’t familiar with his 15-year project Angels & Airwaves, but he was willing to catch them up. “I’ve  probably been playing for some of you for many years,” he said. “And if this is your first time watching this band, there’s something you should know: A big portion of our music is getting all the women in this audience pregnant.” He noted which songs were about an instance of sex, which songs would help get you laid, and which songs would be good to put on while drinking White Claw — a beverage, he said, that had caused his genitals to grow much bigger. And yet for all the — well, let’s call it humor — the die-hards held up their end of the bargain, turning tunes like “The Adventure” into shout-along epics. DeLonge proved that you can grow older without growing up. — Wren Graves 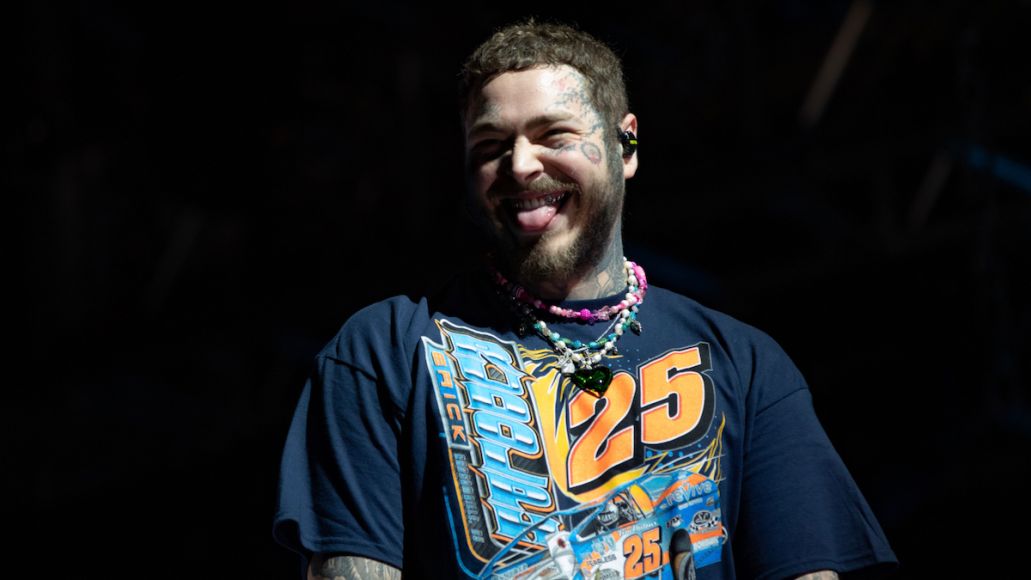 Until this point at Lollapalooza, the T-Mobile headliners had delivered. Miley Cyrus brought out one of the most bonkers guest lists in festival history, while Tyler, the Creator used costume changes and dazzling set pieces to create a capital-E Event. Post Malone set off fireworks. Pretty cool fireworks, as far as that goes, though below the usual level of a 4th of July celebration, and certainly a step down from the spectacles created by the Thursday and Friday closers.

Otherwise, the singer had an engaging presence, drinking out of a red solo cup, and cracking jokes. He said that longtime fans “know I like singing about shapes,” and then, with a giggle, introduced the song “Squares” — which obviously turned out to be “Circles.” The set ended with a strong run of hits: “White Iverson,” “Sunflower,” “rockstar,” and “Congratulations.” Malone stayed in good voice throughout and his natural talent shone through. The set was fine. He didn’t exactly disappoint — how could he, when he never took any risks?

Thirty years ago, Journey wouldn’t’ve been welcome at Lollapalooza. Their brand of earnest, sentimental, big-tent arena rock was anathema to the kind of counterculture cultivated by acts like Jane’s Addiction and Butthole Surfers. Depending on how generous you’re feeling, their inclusion on this year’s bill might indicate a kind of cultural maturity, a willingness to evolve with the times, or a canny bet that at least a few people might buy tickets just to see “Don’t Stop Believin'” live. No matter how they got on the bill, the year’s most surprising headliner spent their nearly two-hour set reminding everyone of why they belonged.

The viability of Journey’s modern-day incarnation rests mainly on the shoulders of singer Arnel Pineda, whose voice bears an at-times uncanny resemblance to departed frontman Steve Perry. Pineda’s kinetic showmanship was evident throughout the set’s litany of hits, as he brought fresh energy to ubiquitous singles from “Separate Ways” to “When the Lights Go Down in the City.” However, the true spark of the night’s set rested in the hands of the band’s longest-serving members. Guitarist and founder Neal Schon was a quiet force, delivering a reliable string of solos that felt as economical as they were effortless, while on keys, hometown boy Jonathan Cain added soulful sharpness to “Stone in Love” and “Just the Same Way.” If anyone in the crowd was worried about their image, they weren’t letting on. Instead, they were singing along to the band’s deep catalog of songs that have embedded themselves in the heads of anyone who’s owned a radio in the last 50 years. The music of Journey may never be cool, but as tonight’s show proved, it might be great anyway. — Tyler Clark