Rising pop singer Maisie Peters has released her debut studio album You Signed Up For This. Stream it below on Apple Music and Spotify.

Led by singles “Psycho” and the underrated “John Hughes Movie,” the British pop upstart’s debut arrives on Ed Sheeran’s Gingerbread Man Records and finds her reminiscing on everything from nights spent clubbing with fake IDs (“Brooklyn”) and hungover late-night train rides (“Elvis Song”) to finding yourself on the losing side of a love triangle (“Villain”) and the crushing realization of being gaslit by a crush (standout cut “Outdoor Pool”).

While Sheeran’s personal mentorship is evident in the 21-year-old’s luminescent, hook-filled songcraft on tracks like “I’m Trying (Not Friends),” sassy kiss-off “Boy,” and the anthemic title track, her incisive lyricism is equally indebted to the wryly observational, diaristic musings of Taylor Swift, who first gained notice of the young singer when she transformed “Betty” into a softly lilting piano ballad in the wake of folklore‘s surprise July 2020 release.

Stream You Signed Up For This, and check out the album’s cover art and complete tracklist after the jump

To support the album, Peters is next set to perform the cheeky revenge fantasy on Jimmy Kimmel Live on September 9th. In the meantime, she’s currently in the midst of a series of intimate shows at record stores throughout her native UK, including stops in London; Edinburgh, Scotland, and Leeds, England.

You Signed Up For This Artwork: 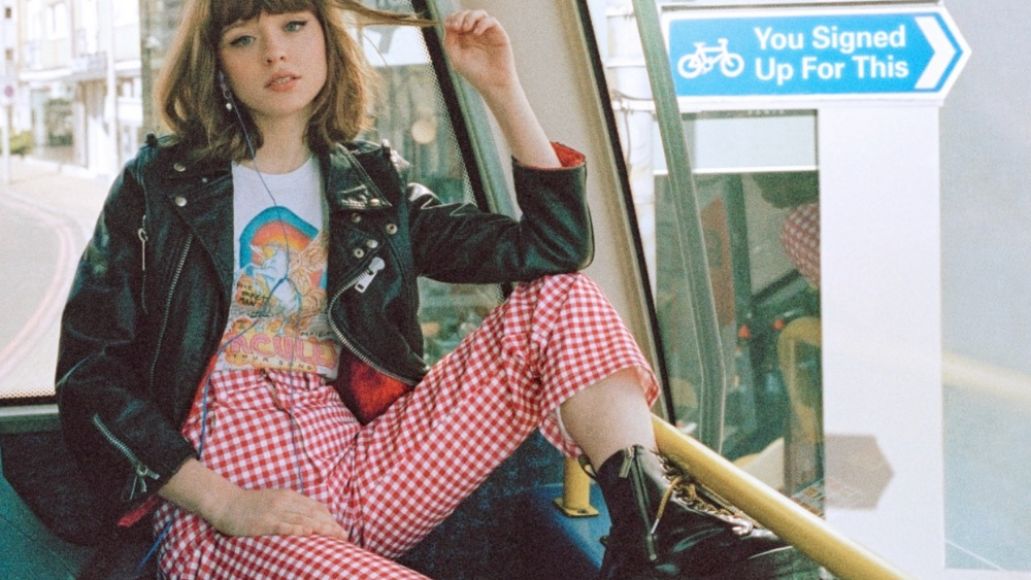 You Signed Up For This Tracklist:

Maisie Peters Unveils Debut Album You Signed Up For This: Stream