The Pitch: From deep in the corners of the multiverse, The Watcher (Jeffrey Wright), well, watches. As the MCU branches off into new realities (wonder why that might have happened?), he regales us with stories of what might have been. What if Peggy Carter (Hayley Atwell) got the serum? What if the Ravagers picked up a young T’Challa (Chadwick Boseman) from Earth instead of Peter Quill? And what if some started killing all the Avengers before they had a chance to assemble?

Why Not? Now that the finale of Loki has busted open the Marvel Cinematic Universe for good — branching the “Sacred Timeline” into a bunch of different multiverses, many of which will seem to get focus in a lot of Phase Four — it’s probably as good a time as any to start dumping the action figures onto the floor and mixing them up to see what happens. That’s the overall flavor of What If…? Marvel’s new CG-animated anthology series that posits alternate scenarios for many of the franchise’s most pivotal moments.

Of the three episodes provided to critics for review, What If…? seems mostly concerned with replaying Phase 1 and Phase 2 movies under a different brief. In Episode 1, an accident in Dr. Erskine’s lab forces Peggy to jump into the super-soldier machine, thus turning her into a roided-up version of her previous self. But the military hierarchy (and misogyny) still prevents her from reaching her full potential, which she underhandedly achieves with the help of Howard Stark (Dominic Cooper), and Rogers himself gets to run around in a Stark-designed Iron Man prototype called the “HYDRA Stomper.”

In Episode 3, the Avengers get the Watchmen treatment, as someone starts knocking them off in mysterious ways, most of them in front of Nick Fury (Samuel L. Jackson) and Black Widow (Lake Bell; some of the bigger names don’t end up making the cast list, despite the otherwise-impressive returning film cast). Fury and S.H.I.E.L.D. go investigating, taking us on a whirlwind tour of 2010-2011-era Marvel, which offers surprises both novel (MCU black sheep The Incredible Hulk finally gets the Mark Ruffalo treatment) and boring (the eventual whodunit reveal is as uninspired as it is unsatisfying). 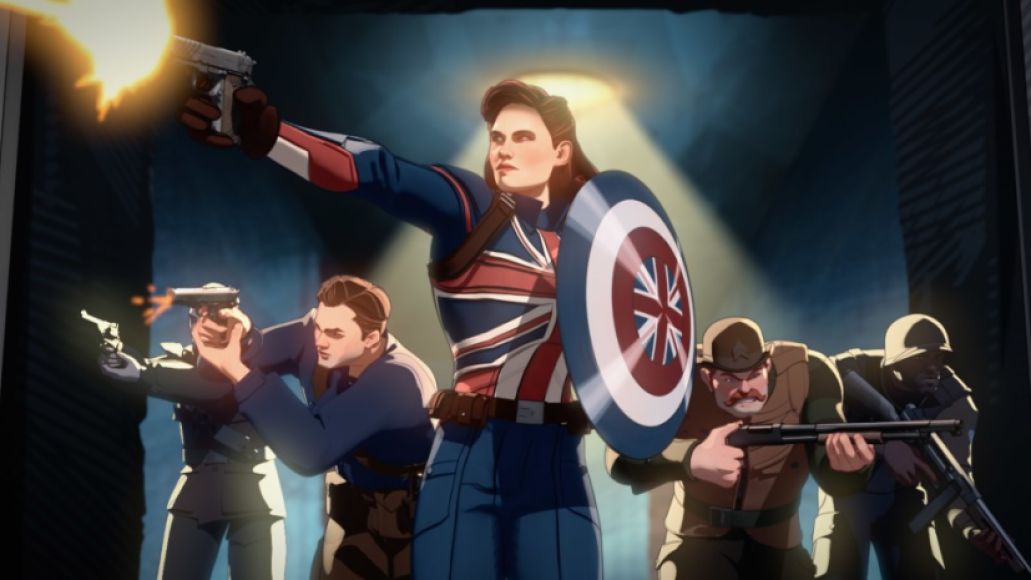 Marvel’s What If…? (Marvel Studios)

So What? The problem, unfortunately, lies in the fact that, for all of What If…?‘s wild-eyed imaginings about the possibilities of the MCU, it still doesn’t feel very brave. As previously mentioned, many of the episodes still feel like barely-scrambled remixes of movies we’ve seen before, just alternate cuts of things like Captain America: The First Avenger and Guardians of the Galaxy.

Even the Avengers-centric mystery of Episode 3 is just a not-so-subtle nod to the fact that three Phase 1 movies apparently happened in the same week. The show clearly expects fans to point and stare like the DiCaprio pointing meme at all of its name-drop references, or moments where a different character gets an iconic line (or says the opposite of what you’d expect).

The cel-shaded animation functions well enough, but feels more borne of expediency than craftsmanship — it tries to sit uncomfortably in a middle ground between comic-book animation and a reasonable facsimile of its live-action forebears. The overpaid voice cast, many of whom are actors returning from the MCU proper, also suffers from the classic animation problem of casting Hollywood actors to do voice work.

A lot of the performances feel stilted, ripped straight from the voice booth from which they spent a cool half-hour reciting their lines; the fact that some of the biggest names are replaced by proper voice actors just makes their flatter movie-star co-stars stand out all the more. 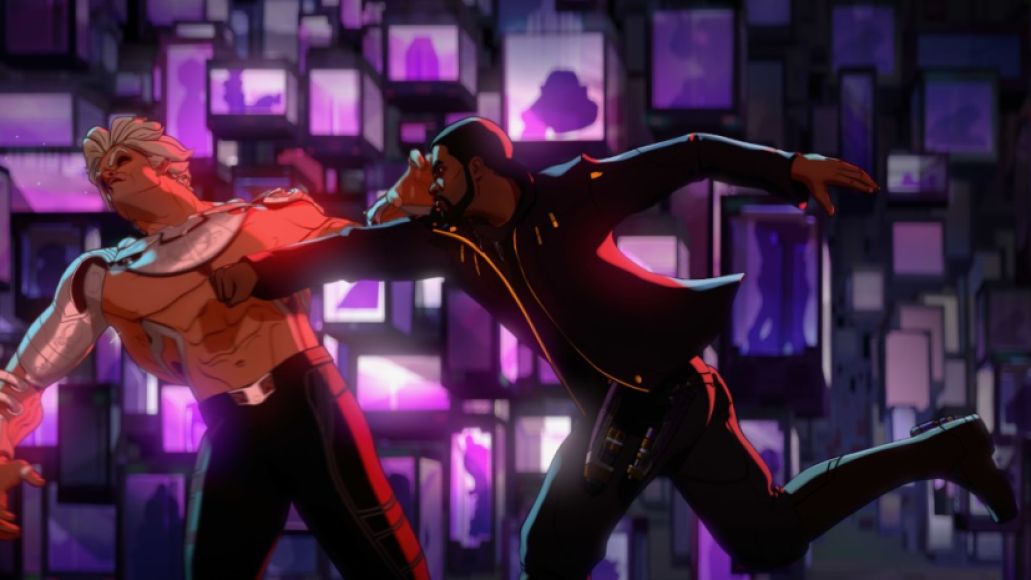 Marvel’s What If…? (Marvel Studios)

Is That Him? The one major bright spot, though, is in Episode 2, easily the best of the first batch, mostly due to it featuring Boseman’s final voice performance. In this version of Guardians, T’Challa’s innate goodness and virtue ended up turning the most dastardly villains of the galaxy straight: Yondu (Michael Rooker) is a Robin Hood figure right alongside T’Challa, and Korath (Djimon Hounsou) is a gushing fanboy who joins his team. Hell, even Thanos (Josh Brolin) reconsiders the whole killing-half-of-all-life-in-the-universe thing — and boy, do they mine that gag for all the creaky jokes in the world.

Still, Boseman fares far better than many of the other voice cast at translating his live-action counterpart to animated form, with a few twists. (Turns out injecting a bit of a wink into the normally straight-laced T’Challa is just what the character needed.) If more of the upcoming episodes have that kind of spirit, the experiment might well be salvageable.

The Verdict: While What If…? styles itself as the Twilight Zone of the MCU, it largely feels like the same beats played all over again, but with different characters copy-pasted in each others’ place. The idea of taking such popular, well-worn characters and scrambling them throughout this massive worldbuilding experiment sounds fun, but the results so far are pretty lukewarm. That said, you owe it to yourself to take in the Guardians episode: not only is it clearly the most compelling of the stories so far, it’s a lovely tribute to an actor and icon gone too soon.

Where’s It Playing? What If…? throws the MCU in a blender and sees what slurry comes out on Disney+ starting August 11th.