Being the star of one of Disney Channel’s all-time most popular shows leaves you with pretty thick skin. Just ask Miley Cyrus, who’s just debuted a new no-holds-barred merch drop dubbed the “Miley Sucks” collection. Spending most of her life in the limelight has certainly encouraged the pop star to not take herself too seriously, as evidenced by a trucker hat that proudly proclaims: “Miley can go fuck herself.”

Other highlights from the merch drop include a pair of sweatpants that read “Fuck Miley Cyrus,” a NSFW muscle tee scribbled with “Miley Cyrus made me realize I am gay,” and — perhaps the naughtiest of all — a t-shirt adorned with a nude pin-up illustration alongside the phrase “Miley Cyrus makes me wet.” If these options are a little too bold for you, you can also opt for a vintage-look tee that simply says “Miley sucks.”

Prices for the merch line range from $30 to $160. Cyrus teased the collection earlier this week on Instagram with a cheeky re-make of her 2009 track, “The Climb” (which is still a banger, if you ask us). Preorders are ongoing now via her official webstore. Check out a preview of the new clothing items below.

Cyrus took the stage at Lollapalooza a couple of weeks ago to promote her most recent album, Plastic Hearts, which came out last November. She also weighed in on the ongoing drama surrounding DaBaby and the homophobic remarks he made at Rolling Loud: “As a proud and loyal member of the LGBTQIA+ community, much of my life has been dedicated to encouraging love, acceptance, and open mindedness,” she wrote on social media. “It’s easier to cancel someone than to find forgiveness and compassion in ourselves.” 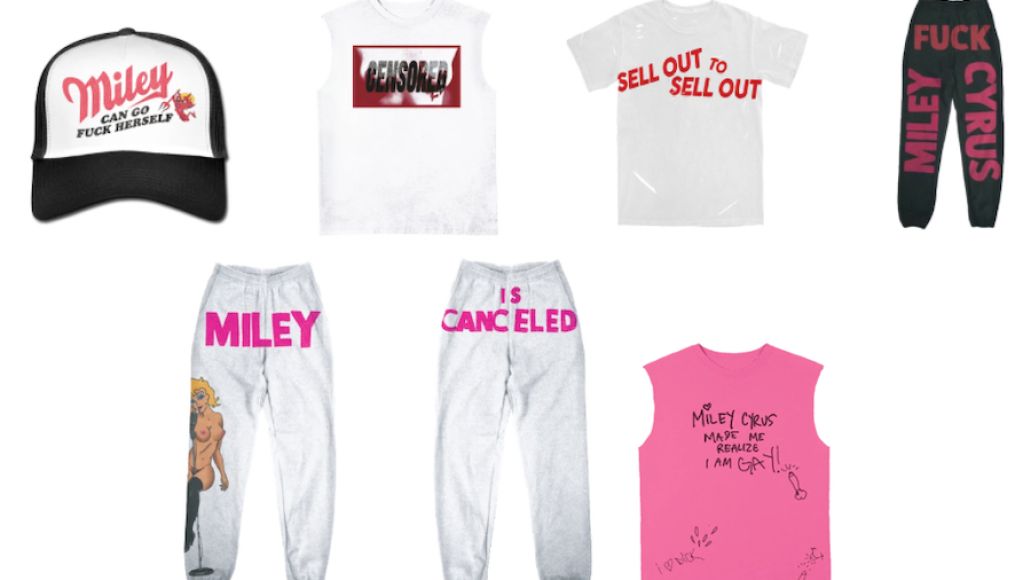