For our Track-by-Track feature, artists break down each song on their latest release. Today, our August Artist of the Month Meet Me @ the Altar walks us through their new EP Modern Citizen.

Rising pop-punk trio Meet Me @ the Altar have just released their first ever major label EP, Modern Citizen, today (August 13th). Coming via Fueled By Ramen, you can stream the EP below through Apple Music.

Meet Me @ the Altar is a band born entirely on the Internet. When the band first formed, its three members — Edith Johnson, Téa Campbell, and Ada Juarez — were all living in separate states, keeping in touch and writing songs via instant messages. Since 2015, they’ve self-released three EPs and one album on their Bandcamp page.

After going viral last year, they signed with Fueled by Ramen and released their first label single “Hit Like a Girl” in March 2021. Now, the release of Model Citizen caps off years and years of hard work.

Having started the band in their early teenage years, the story of Meet Me @ the Altar is in many ways the story of each individual member’s coming-of-age. Indeed, this maturation forms a central theme of their first label EP. As the trio explains, “The Model Citizen EP tells a story from front-to-back of what it’s like to enter adulthood, the journey you have to take to find out who you want to be, and how to get there.”

Model Citizen was preceded by two singles, “Feel a Thing” and “Brighter Days (Are Before Us).” Stream the new EP and check out what the trio had to say about each song in the Track by Track breakdown below.

“Feel A Thing”:
The story starts with acknowledging that you don’t really feel like yourself or feel anything at all. There has to be self-awareness in any form of personal growth, and that’s really where things have to start in order for you to make a change in your life.

“Mapped Out”:
“Mapped Out” is about realizing that you’re kind of lost in life and aren’t really sure of where to go. It’s a similar feeling of being lost in a huge forest with no map and no compass. It can get overwhelming when you’re not really sure of what you’re doing in life or what your purpose is, and we think it’s really important for people to hear songs like these to know that they’re not alone. Just being aware of it means that you can now do something about it and search to find yourself.

“Brighter Days (Are Before Us)”:
This one is definitely the most optimistic song on the EP. “Brighter Days” is a reminder that things get better.

Artist of the Month Meet Me @ the Altar on Creating Their Own Success: “Why Wouldn’t It Work?”

“Now or Never”:
Whether it be platonic or romantic, love is a part of life. Sometimes people start to part ways, and you have to decide if you’ll try to make the relationship work or if you’ll just move on. “Now or Never” is about asking the question, “Are we going to make this work?”

“Wake Up”:
The final track on the EP is about not accepting that you’re never gonna change and taking those right steps to start bettering yourself. 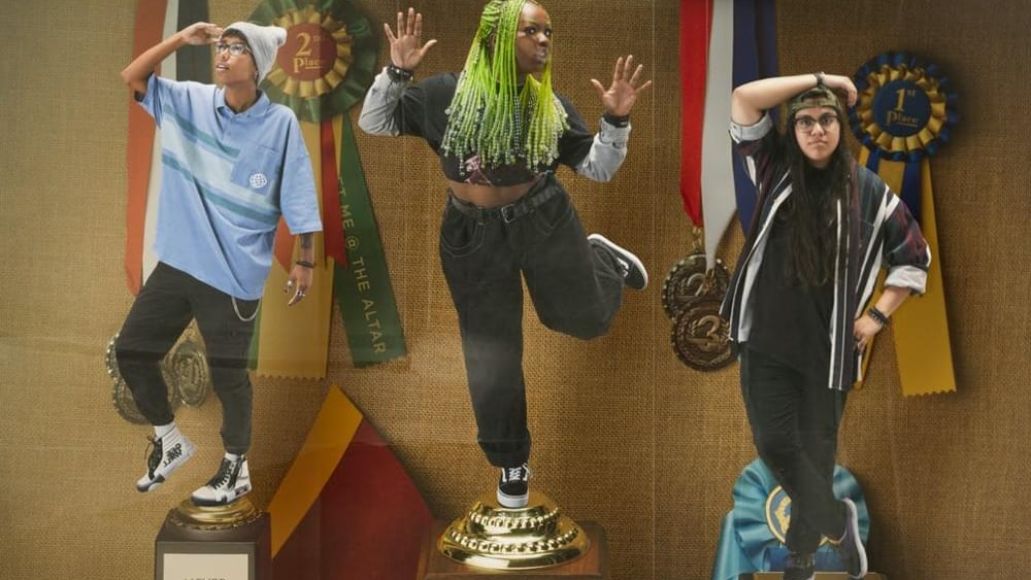