Every rock band wishes they could have the same success as Mouse Rat. And who could blame them? The slacker rock quartet rose to moderate fame, thanks to a stroke of luck. When their sheer talent wound up in the ears of some of Pawnee, Indiana’s most esteemed event planners, Mouse Rat made their live debut ten years ago performing at the funeral of local legend, Li’l Sebastian the miniature horse.

Commemorating the tenth anniversary of Li’l Sebastian’s heartbreaking passing, Mouse Rat will release their first proper LP, The Awesome Album, on Friday (August 27th). Its 15 tracks include some of frontman Andy Dwyer’s most impeccable work since he first cut his teeth as a City Hall shoeshiner, moonlighting as an unforgettable force in Pawnee’s burgeoning underground music scene. As testified by his songwriting on The Awesome Album, Dwyer is a born entertainer.

For a band like Mouse Rat (formerly known as Scarecrow Boat, and before that, Ninja Dick), the news of a full album raises the question: “What if these guys are just a one-hit wonder?” And while it’s true that thanks to support from college radio stations and local indie blogs, “5,000 Candles In the Wind” has become Mouse Rat’s definitive hit, The Awesome Album is a rolodex of well-crafted rock.

While Dwyer famously had never listened to Neutral Milk Hotel until he incorrectly guessed a critical question during a heated game of “Know Ya Boo” (hosted by Entertainment 720’s Tom Haverford), The Awesome Album oozes with various touchstones of ‘80s and ‘90s indie rock without ever feeling trite, only further testifying to Dwyer’s innate genius.

While Mouse Rat have yet to perform stadium shows, it’s easy to imagine tracks like “Kick Out of You” reverberating in the same sold-out arenas that were once triumphed by their equally-admired forebears in Oasis. Songs like “Let’s Call the Whole Thing Off” evoke the unchallenged nonchalance of Pavement, while the chugging jangle of “Menace Ball” could be lifted from an early R.E.M. song. Dwyer flits between these various modes as easily as he slips into his alter ego Johnny Karate.

Ever since Mouse Rat’s earliest days playing sparse sets at local haunts like the Snakehole Lounge, Dwyer’s bellowing vocals have drawn endless comparisons to Dave Matthews, causing naysayers to speculate that Mouse Rat might’ve been assembled by record labels to sell to the masses. Pawnee talk show host-turned-esteemed music critic Perd Hapley, writing in a guest review for Pitchfork, only gave their lead single “one out of four forks.” Then there’s my Journal coworker, Shauna Malwae-Tweep, who flung our advance copy of the CD across the newsroom while declaring, “Industry plants!” (I still want my CD back, Shauna.)

But could industry plants come up with poignant likes like, “Sex hair/ t’s all messed up and matted/ You’re such a beautiful mess”? Mouse Rat’s songs are familiar and uncomplicated, smartly abiding by respected punk ideologies.

No matter how large Mouse Rat’s star has grown, Dwyer doesn’t leave his roots behind, and The Awesome Album pays its tributes to the salad days of the slow life in Pawnee. On crowd favorite ballad “The Pit,” Dwyer recalls the earth-shattering experience of falling into a massive pit at an unoccupied lot near his house, an event that made headlines and left Dwyer with casts on both his legs. Even over a decade after the initial incident, hearing Dwyer’s gravelly roar intone difficult-to-stomach anecdotes like “we all fell in the pit” can bring a tear to the eye. His lyrics never feel flowery or superfluous, allowing his unguarded emotions to permeate The Awesome Album.

Mouse Rat’s increasing popularity has also enabled them to rope in some special guests. Jazz legend Duke Silver brings his smooth sax to two songs, and there’s a bonus track by fellow local legends Land Ho!, led by singer Scott Tanner, who definitely gives that Wilco guy a run for his money.

If The Awesome Album signals one thing, it’s that Mouse Rat have conquered any preconceived notions about what a scrappy DIY band from the Midwest is capable of — forget what you think you know about the American Football house or the suburban woes of Bright Eyes. Dwyer and company don’t need the co-sign of indie giants like Saddle Creek or Matador Records to affirm their status as the most beloved band from an Indiana suburb since The Jackson 5.

A true love of music is what drives The Awesome Album, and with enough faith, that’s enough to lift anybody out of the deepest of pits. 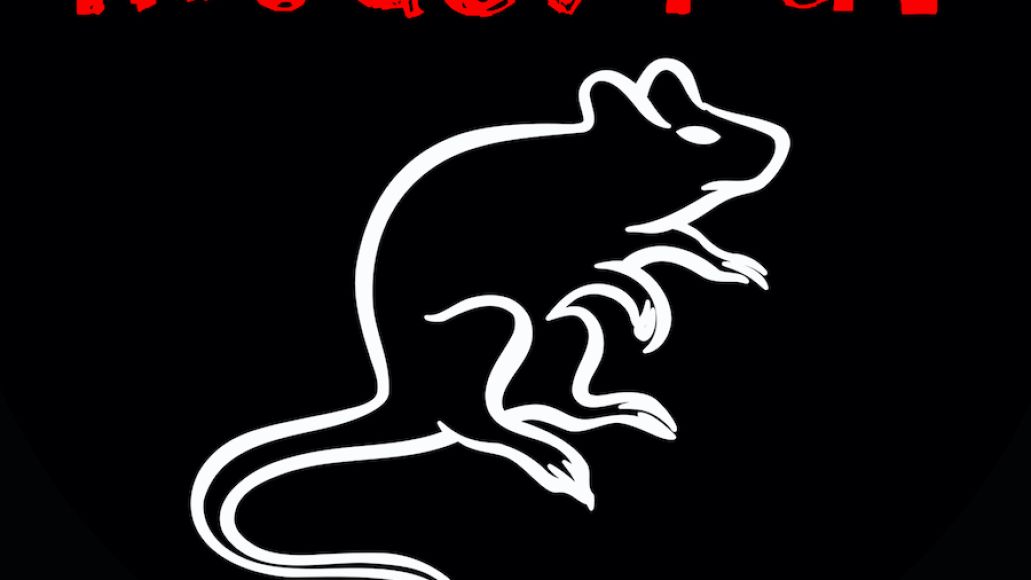 On The Awesome Album, Mouse Rat Solidify Themselves as the Most Important Band in Music